Last week Scottish Natural Heritage (SNH ) and PAW ( Partnership for Action Against Wildlife Crime ) issued public details claimed to be an initiative assisting with the current illegal persecution of Hen Harriers. I have to say that rarely have I seen such drivel , even from a Government agency!

In an accompanying statement to the launch, Ron Mcdonald, Head of Policy and Advice ( SNH ) said " The
public can be of great help by reporting sightings and helping us build up a picture of the reasons why these birds aren't doing as well as we would expect. Using sightings from the public, we can assess whether to use some of the new technology at our disposal such as satellite tagging or camera monitoring or even, where necessary, share information with the national Wildlife Crime Unit".

What unadulterated nonsense! So when do sightings of live birds offer reasons as to the poor productivity or disappearance of the species over swathes of Scotland?  And even armed with specific nest locations resulting in birds being ringed and sat tagged, how does this, in itself , assist if subsequently the bird disappears along with its device. What ill conceived, naive and shallow inferences to draw of a situation about which full details are known in terms of who is responsible for the decline. The Hen Harrier Conservation Framework, 2011 ( commissioned by SNH ) showed the main issue associated with the reduction of the species in Scotland as being illegal persecution. Such followed the national survey of the species in 2010 which determined 505 breeding pairs was present in Scotland, a 20% reduction against the 2004 figure.   But even allowing for officials having a bad day, surely the thought occurred to someone that it might be a good idea to contact the British Trust for Ornithology given all the fieldwork for the 2007-11 Bird Atlas has been completed and publication is imminent. A veritable treasure trove of data on a 10 km. basis , but backed up by specific information.........everything it would seem our erstwhile experts are seeking. 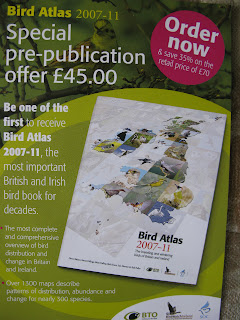 Completed according to scientific field methodologies, results assessed,  comparisons gleaned against previous Atlas results, summarized information drawn together;  the very substance of what is needed set against the reports of , "we believe we had a harrier when we were out on Sunday".  Such reports still require confirmation by competent fieldworkers, the very people who have provided returns over years either to Raptor Groups, national surveys or, indeed, the above Atlas project.

This is little more than politics in action!!  Complacency, the kicking of a challenging and embarrassing problem into the long grass in order to avoid the real issue of confronting the shooting estates and others who are responsible if recent prosecutions and incident reportage is to be the platform upon which opinion is formed.  No flexing of muscles here, simply a relaxation of effort !  This is a Government who seeks to hide behind the involvement of the public on an issue for which the information, and parameters surrounding such, have already been determined. The SRPPDG, SNH and the Government are all complicit in a cheap move containing no real, or intended (?),  commitment to conservation or Scotland's wildlife heritage, which is utterly disgraceful.   And might I also pose the question to the Minister responsible, Paul Wheelhouse?  Where is the value for money (VFM ) principle within this profligate waste of resources, even to the extent of the involvement of SNH officers and others on ideas with no demonstrable worth.  In twenty years of professional involvement in harrier conservation with RSPB ( and fifteen years on my own account since taking early retirement)  I don't think I've come across anything as poorly constructed and lamentably presented.  God forbid our wildlife's future should rest on such incomparable incompetence!
Posted by John S. Armitage at 5:05 PM
Email ThisBlogThis!Share to TwitterShare to FacebookShare to Pinterest