Reflections on a Barn Owl neighbour!

I've been away for some quite lengthy intervals this year. When I returned after being on the Uists this May I discovered that a Barn Owl had taken up residence in the barn across the yard from the house.  I've seen Barn Owls in the vicinity of the house before, but never had any, to my knowledge, remain for any length of time.

My first real knowledge of a bird being around was hearing screaming at night at the front of the house at 1 o'clock in the morning. It went on a bit and then receded. On a quite unrelated basis I went in the barn next day and, to my pleasant surprise,  found a number of pellets strewn around the floor. From then on, and on a regular basis, I was awoken quite regularly on following nights by a bird screaming outside, usually at some point between 0100 and 0300 hours.   You see Barn Owls very rarely in daylight on Islay and the activity suggested a possible late emergence and  return shortly before dawn.  I also worked out that the bird was very probably sitting atop an orb-like structure on the apex of the small porch at the front of the house, the relevance of this being that it's only about 7-8m from me lying in bed!!!!  No wonder the screaming sounded loud and intense.  Sometimes the calls receded gradually as the bird presumably flew off.   Last winter a regular breeding site in a ruined building across the other side of the valley partially blew down. I wondered if this was one of the displaced birds and whether it was attempting to attract a mate.

The barn provides an ideal place in which a pair might breed. When it was renovated several years ago nest boxes were installed inside in the hope of providing a facility for Chough. They have never done so. 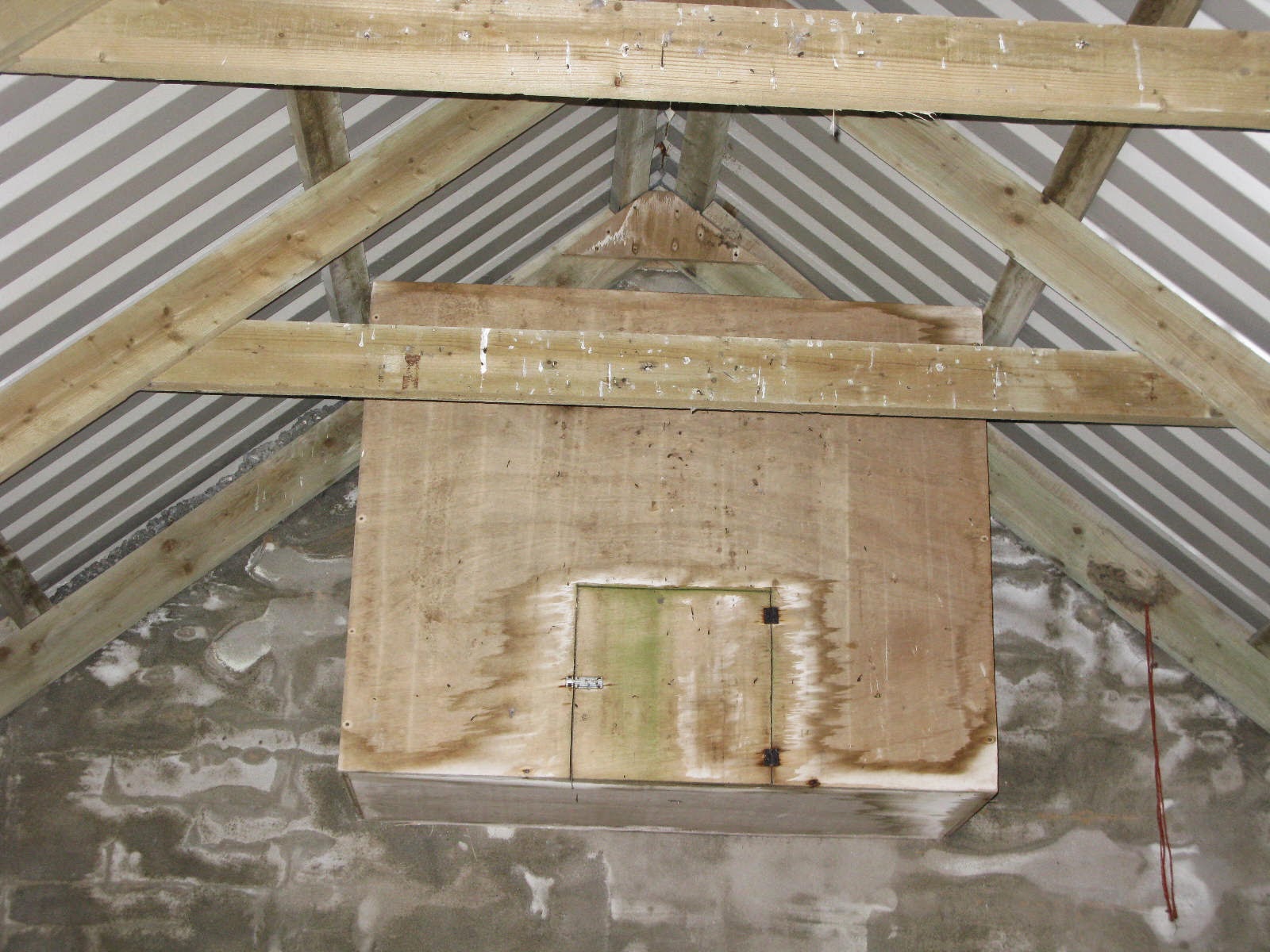 A bit ornate I agree, but possibly great for Barn Owls, despite the entrance being less than auspicious!! 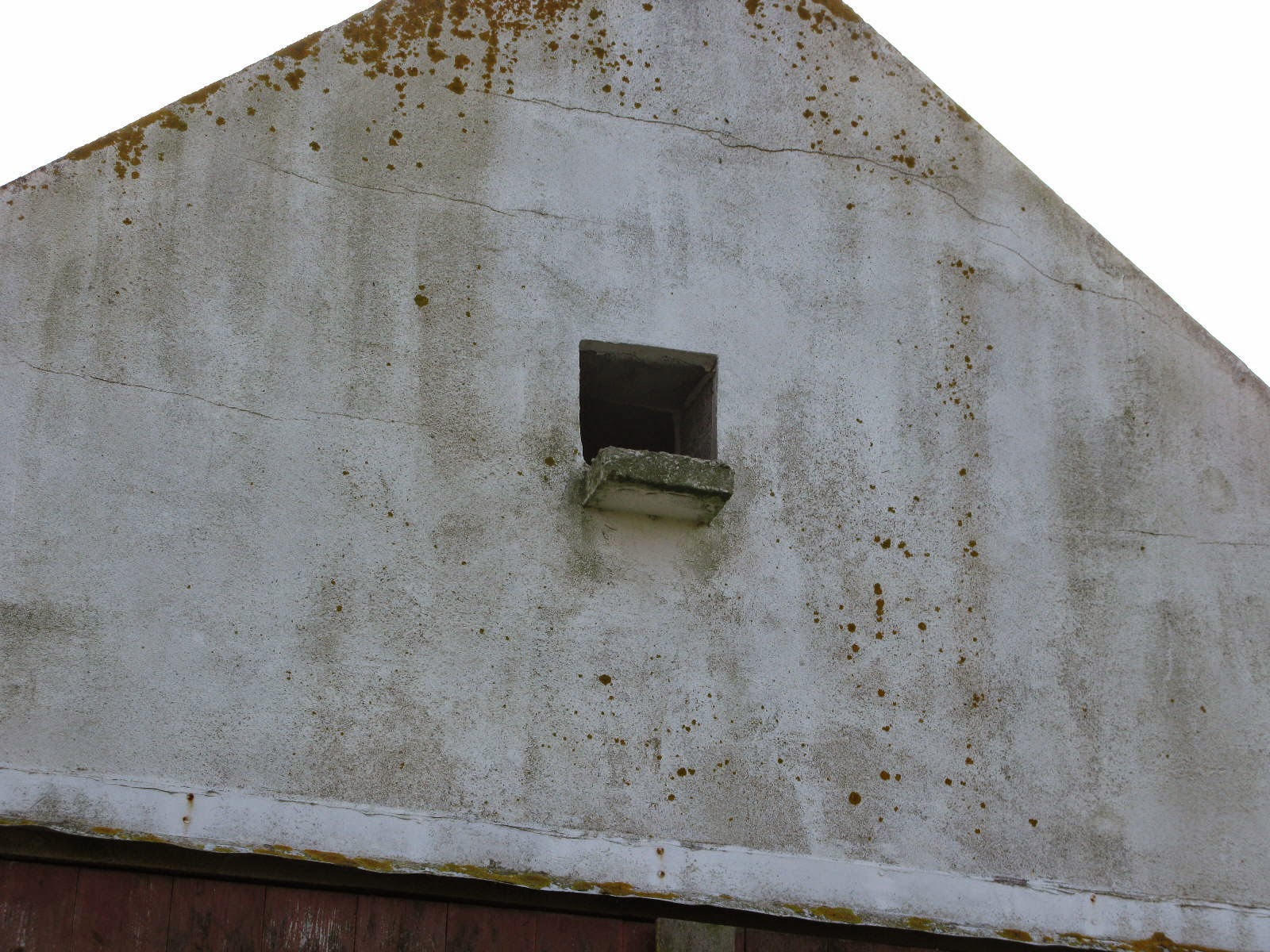 Sadly my new neighbour hasn't attracted a mate, but continues to use the barn. It often sits on one of the central spars and quickly retires to the confines of the nestbox if disturbed ( and usually scares you to death in the process). If it is "in residence" it sometimes calls within the barn previous to darkness falling ( and its early departure?).  The calls resonate around the barn and even outside it's all a pretty eerie experience!

I have to say, ladies, that I'm convinced the bird is a male given the untidy living conditions!! 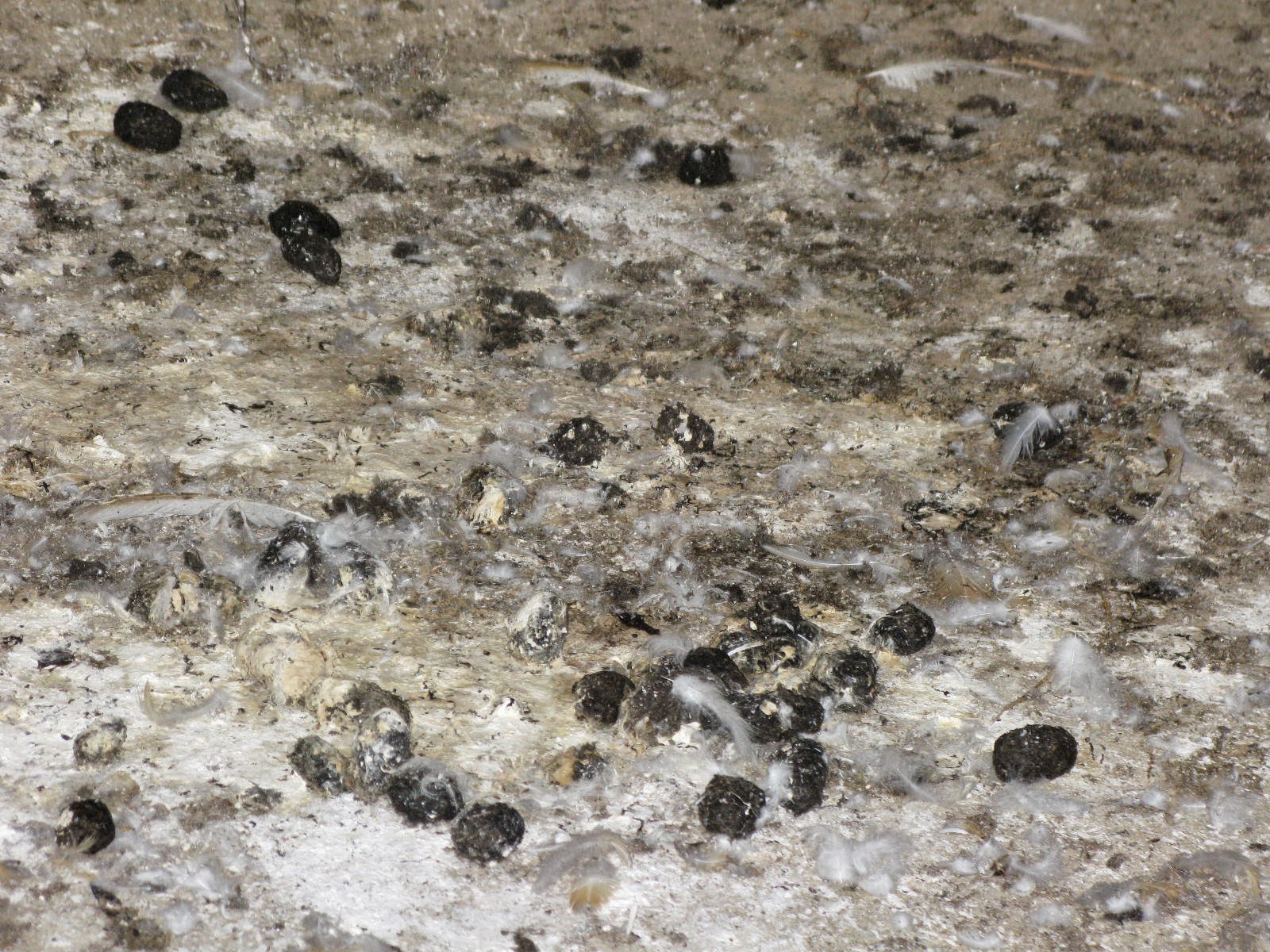 But how many people have got a Barn Owl just across the yard?
Posted by John S. Armitage at 8:16 PM
Email ThisBlogThis!Share to TwitterShare to FacebookShare to Pinterest