Now I suspect this entry will cause some hilarity in some quarters, not without justification I guess !!  Even a glimpse at the reproduced diary entries below , the writing style, the layout, the simplicity and so on, points at humble beginnings. But that was how it was , folks !  It serves to show that enthusiasm was high and efforts just as focused even if the outcomes weren't perhaps as extensive as today.

In August, 1958 I was sixteen. I'd been to Spurn before on day trips but never stayed over for any period. A birding friend of mine at grammar school , Geoff Aynsley, and I decided to spend a holiday at the observatory during the last couple of weeks of August. This involved getting a train from Barnsley to Doncaster,   Doncaster to Hull  and then a bus to Spurn from Hull itself.  No M62 in those days !

There was no full time warden in those days, but one, Lt.Colonel H.G. Brownlow, was in residence at the Warren for the autumn of that year, supervising ringing and general arrangements and soon had us sorted out. We met up with other birders staying at the observatory ( Bill Curtis, Colin Pask, Ken Hardcastle , George Edwards and Charlie Winn ) and were soon into the swing of things.  The initial thing we were "recruited into" was a drive on the Heligoland trap. A "semi-long" in the parlance of our military advisor !  This started at the gate I believe, but his  "long version" started at the Blue Bell and involved disturbing each and every bush so hoping that any hapless birds made their way towards the Warren trap. In a way it was exciting stuff really ! After that we went seawatching for the remainder of the day, but were also given some "lucid" rejoinders from Charlie Winn as to what our responses should be to the almost incessant requests for long and semi-long heligoland drives.  Charlie became a close friend during the time I was in Yorkshire , an ace birder and , shall we say, an exceptional character !  His three wheel "van"  ( watch a similar version owned by the Trotter family in "Only Fools and Horses" ) guaranteed a near death experience  when negotiating Hull traffic and roundabouts ! 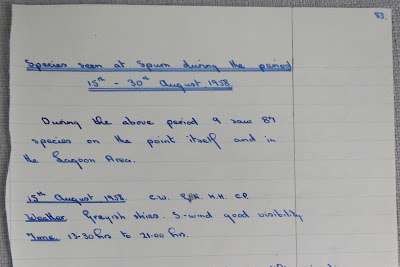 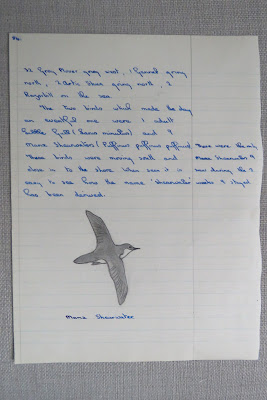 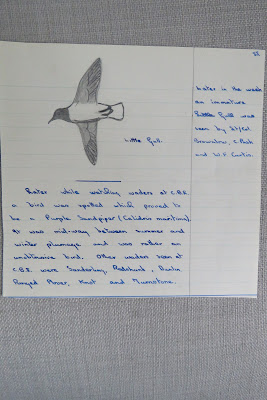 I was to spend many days , if not weeks ,  at Spurn in the decade afterwards, and since returning from Scotland recentlyI can again take my fill of this wonderful place. This particular  holiday though still stands out vividly in my memory as do many other periods which followed "in the early days". A rite of passage in many ways and an intro to a lifetime's passion.  Things have changed , and continue to change at Spurn , but that essential magic is still present. For example, there were three fields to cross from the Warren to the coast in those days ; nowadays the rigours of coastal erosion  have ensured the sea is a very close neighbour of Warren Cottage itself.!
Posted by John S. Armitage at 10:47 AM
Email ThisBlogThis!Share to TwitterShare to FacebookShare to Pinterest