This absolute tour de force from the British Trust for Ornithology arrived late in 2013 and I guess has been absorbing reading for many ever since. This is not a review as such as I feel less than qualified to even consider such a task. However, such is the plethora of utterly absorbing information, page after page after page, that I'll simply say, if you haven't yet got a copy, shame on you and make amends, now!!! 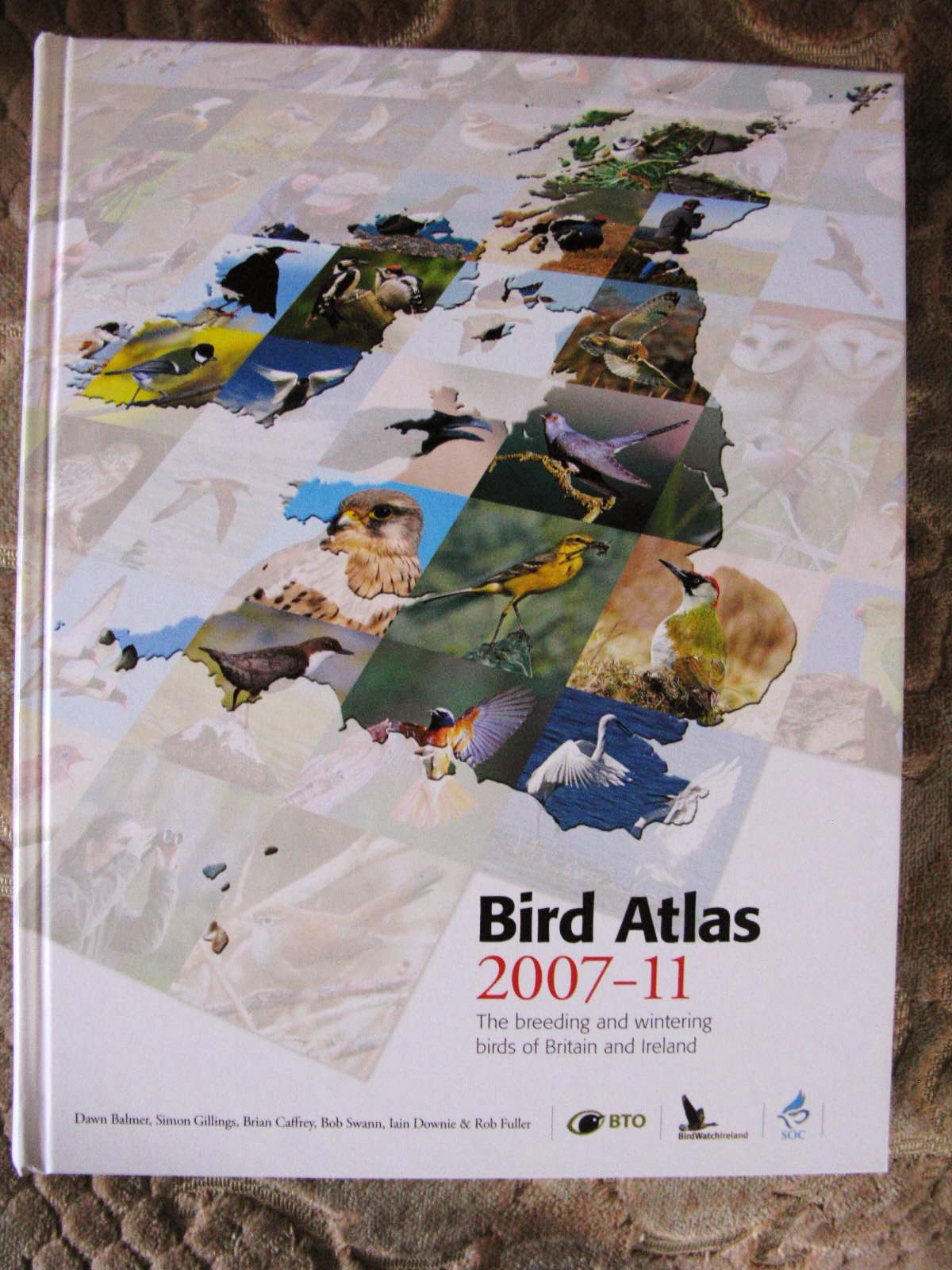 This is a big book!!   I was always in awe of "big books" as a child, as I concluded that they automatically held something far more special than their smaller counterparts.  Certainly this qualifies on all fronts , is a book you can't put down, is a book you discover has lost you an afternoon and is a book that generates questions and provides a heck of a lot of answers.

Of course the quality of presentation is superb, the array and extent of data beyond reproach, but it also manages, even in summaries, to adequately answer queries or hunches of your own that apply to local areas. It really is "the biz" and the BTO team are to be congratulated on an absolutely magnificent outcome.

The Preface opens with the remark, " By now, everyone involved in Bird Atlas 2007-2011 must appreciate that their contributions and this book will set the agendas for conservation in Britain and Ireland for the next twenty years."   A big claim, but one that is more than adequately met and assisted by the Contents.  As an example of Citizen Science this is also a supreme example, not only of the level of participation, but of the administrative competence in dealing with such a volume of effort.

One hopes that in this era when we have lost, temporarily one hopes, the Hen Harrier as a breeding species in England, alongside similar examples of drastic reductions of other species as well, the imperative to address such challenges and effect change will be grasped enthusiastically by conservation bodies such as the RSPB and Wildlife Trusts. Indeed the Government's own agency, Natural England, should itself seriously address the losses within our natural heritage highlighted within this book and draw together some form of "national strategy" to bring about change and improvement.   Of course, it's not all about losses ! There are some encouraging aspects as well, some of which are obvious to many, some less so  ( which species you ask.....read the book and find out!! ).

A proud addition to anyone's home library and one that will assure very many hours of contented reference.
Posted by John S. Armitage at 11:29 AM
Email ThisBlogThis!Share to TwitterShare to FacebookShare to Pinterest