An early post due to other work in hand later!  Yes, the wind has dropped ;  no more whining and moaning, tiles rattling and the house being buffeted.  At one point in late morning the sun could be felt to actually have warmth in it......yippee!

Coverage of the local patch and a seawatch. Whilst there was nothing eventful, it was just good to be out! I now know how cows feel when released into the fields in spring.  The sea carried a large swell and onshore waves were crashing on the coastline and filling bays with white spume.  A sight that never ceases to fascinate!  Very little was on the move, although quite bright conditions and salt spray didn't help!  A single Gannet moved south as did a single Razorbill.  Fulmars rode the troughs with effortless ease, but most Shags appeared to have opted for inshore waters. At least three Great Northern Divers fed close inshore, an indication of perhaps how many there are  "out there".

Three Song Thrush and a Blackbird fed out on open pasture, grateful I imagine for being less constrained in their choice of feeding areas than in recent times.  I spent some time pinning down feeding flocks of Barnacle Geese and found birds in areas where I've never noticed a presence before. Some were simply taking time 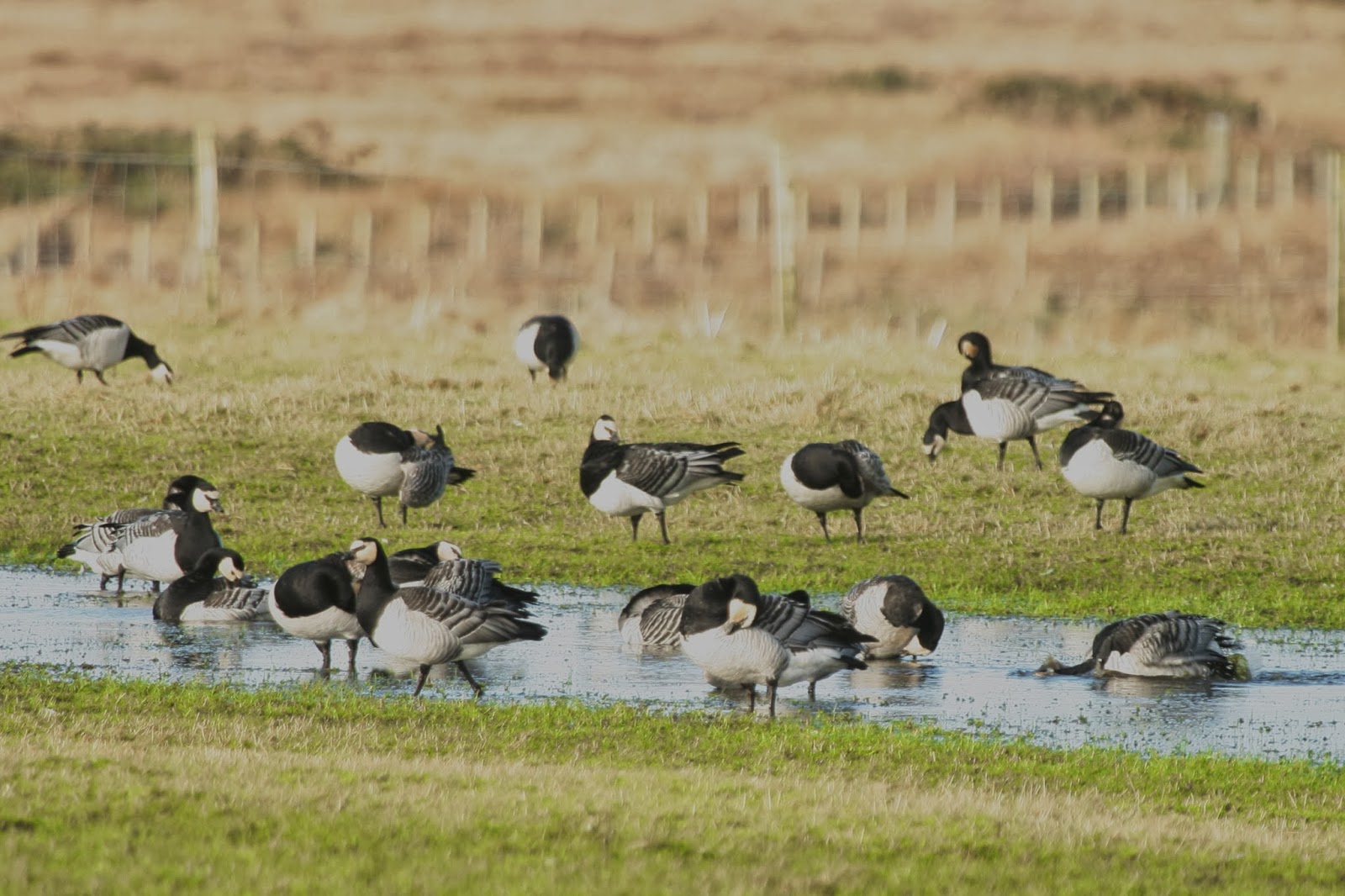 out to rest and bathe around a lens of floodwater, and no doubt enjoying the sun and absence of strong winds. Click on the picture to see them in close up and at their best!