An early start to visit various woods and, in particular, the roadside location where a rogue Capercaillie had been viewed from when putting in a regular appearance early in the year.  But not today, although we did have Crested Tit and were entertained throughout by the mournful notes of a nearby Mistle Thrush.

This was the day of a deliberate sweep to the north for various reasons as will become apparent!!  First a vist to a favourite area for both of us......woodlands near Carrbridge.  Here, almost as anticipated we had tremendous views of a pair of Scottish Crossbill, both birds perching up and allowing prolonged examination.

Passing by Lochindorb we had both Tufted Duck and ,then, three Scaup ( two males and a female), besides Mallard, Oystercatcher and Common Gulls. Closer to the coast we encountered a couple of large flocks of Pink-footed Geese. The conditions were perfect by now, bright , sunny and with a little warmth coming through, so much so that some heather burning was being completed on part of the adjacent estate used for grouse shooting. 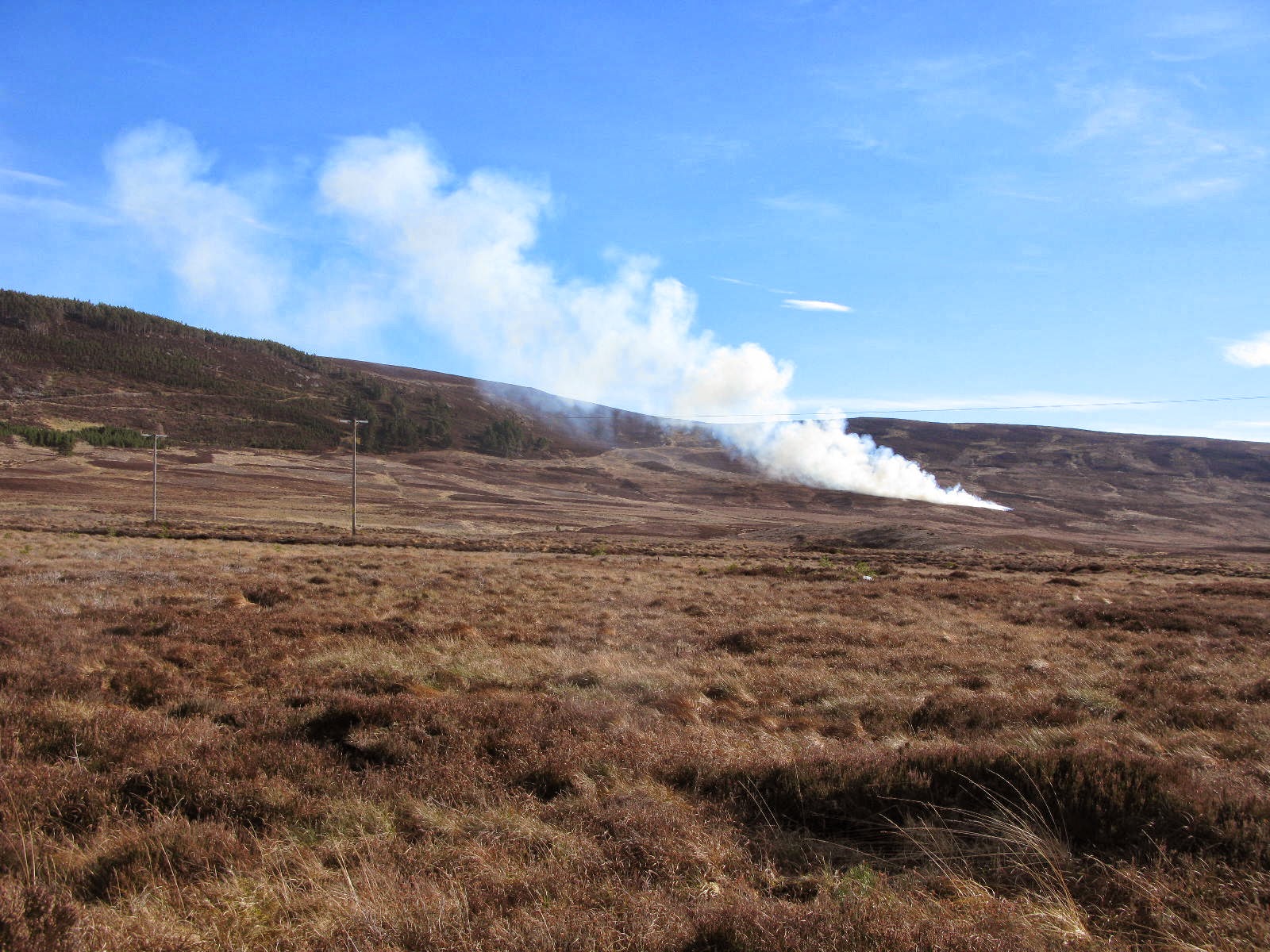 We then moved on to the coast and Flemington Loch. I'd been here a couple of times before but only viewed it from the western end. It's larger than I thought given we explored the road along the northern boundary, came to a bay near the end and "Hey Pesto" there was the American Coot. Not a terribly charismatic bird in some respects other than for the journey it had completed!! 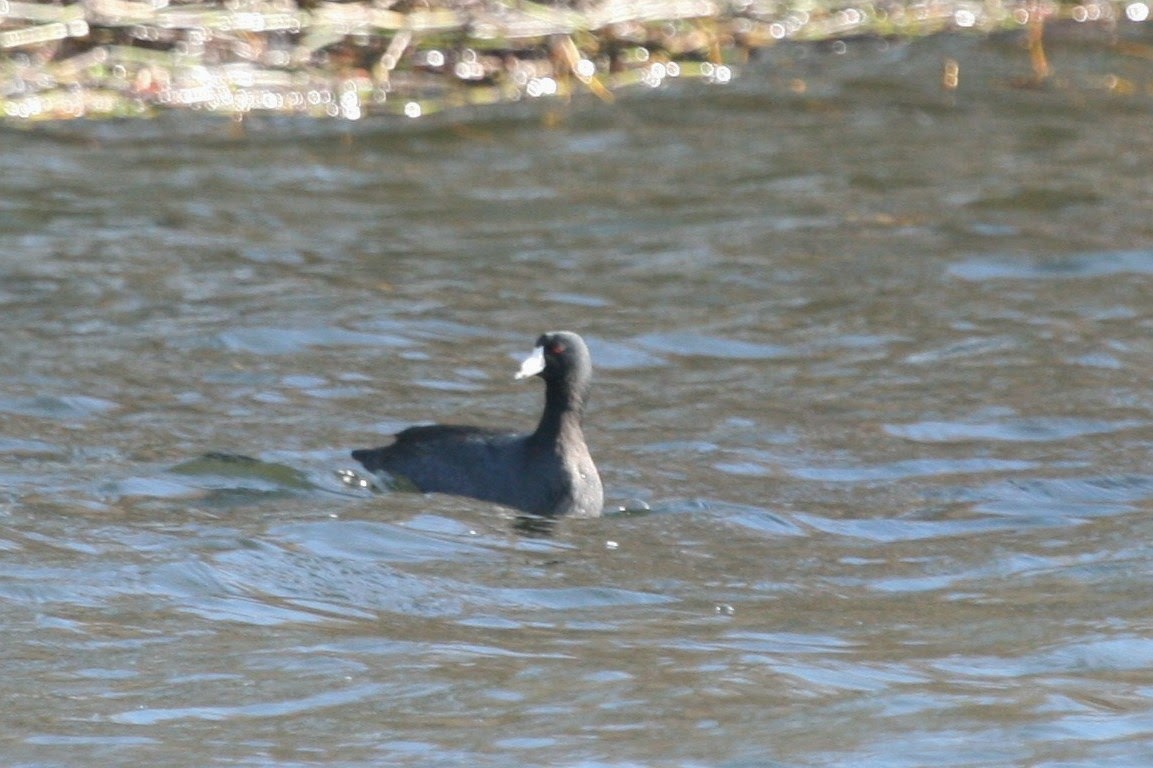 We then moved on to Findhorn Bay and Nairn having long-tailed Ducks at both sites and a small flock of Brent Geese flying NW offshore at the latter, which was a bit unexpected. At Burghead the weather was really at its best and quite warm, so much so that a Small Tortoiseshell was seen in flight. As ever Common and Velvet Scoters were offshore, Long-tailed Ducks and a Black-throated Diver. The shot below shows the resplendent weather were were receiving. 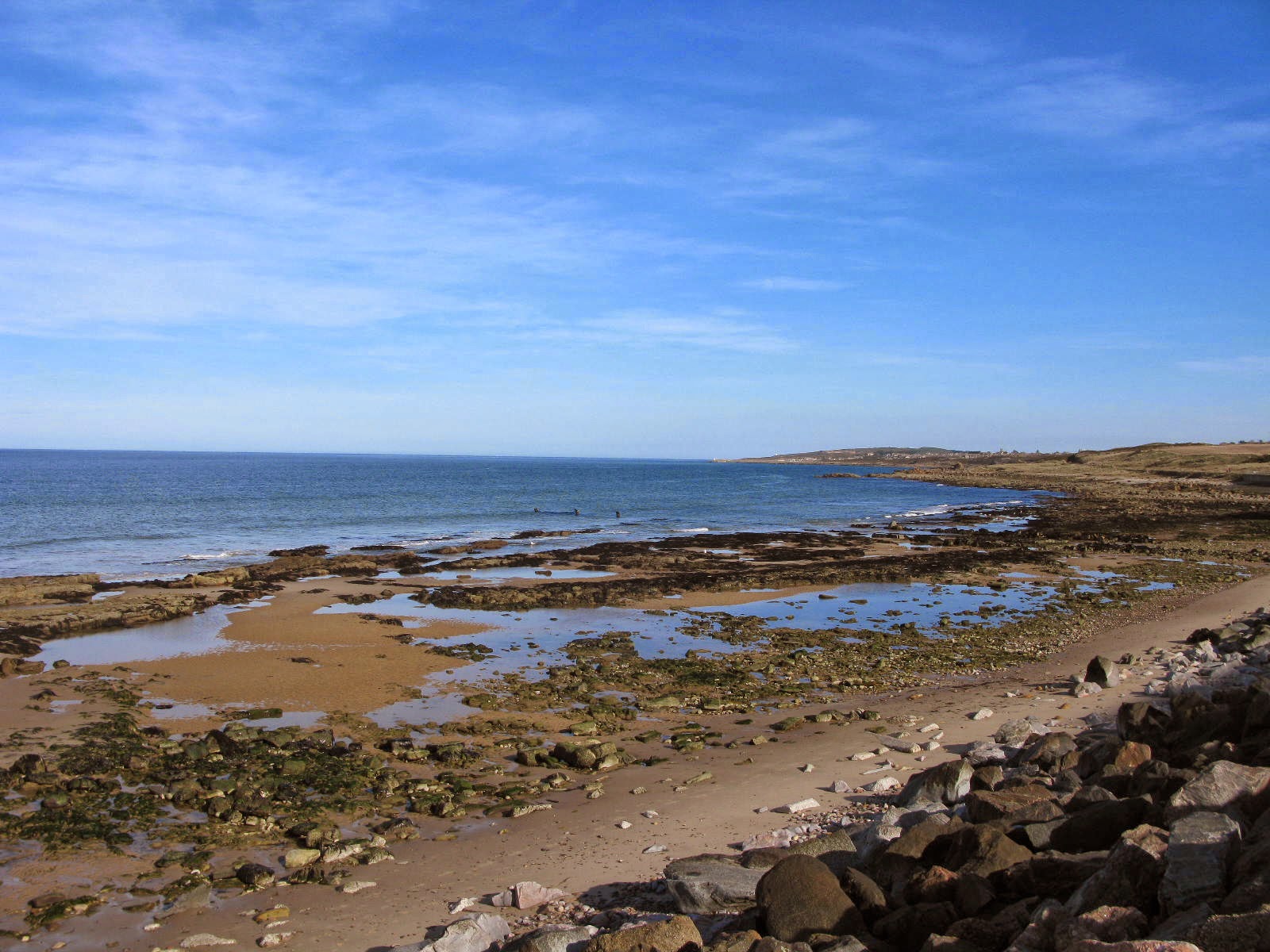 On to Udale Bay and various places on the Black Isle. Very few Wigeon were around and conditions were at low tide which made searching for the American Wigeon difficult at best. We did see a single Slavonian Grebe but little else other than large numbers of feeding Pink-footed Geese in coastal fields which we laboriously scanned but to no benefit!! A group of 8/9 Yellowhammer was nice to see, the males in magnificent plumage.

And to end the busy day an opportunity to meet with Katherine, go out to dinner and have a belated birthday celebration. Finally a return to Aviemore, replete and happy.

Posted by John S. Armitage at 7:38 AM
Email ThisBlogThis!Share to TwitterShare to FacebookShare to Pinterest