I set off in beautiful weather to make the journey eastwards to the coast and to then spend the day at Minsmere.  It's many years since I was at Minsmere and I was certainly looking forward to it. The last part of the journey seems to go on forever and I was pleased I'd direct experience of driving on single track roads as the winding and twisting route was noticeably different to elsewhere in East Anglia where long direct roads are often the norm.

And I had a very pleasant breakfast in the on-site cafe, which certainly broke with tradition as far as visits to reserves are concerned. But it was good, enjoyable and pleasant and nicely set the tone for a trip that I was determined to enjoy.  Sadly, whilst the weather overall was good , the southerly wind was strong and challenging when making walking in less sheltered places. Certainly the potential precursor to migrants flooding in?

I concentrated on the wetland part of this large reserve, although, as it eventually transpired, I had no time spare for the woodland route. And I went in each and every hide too! 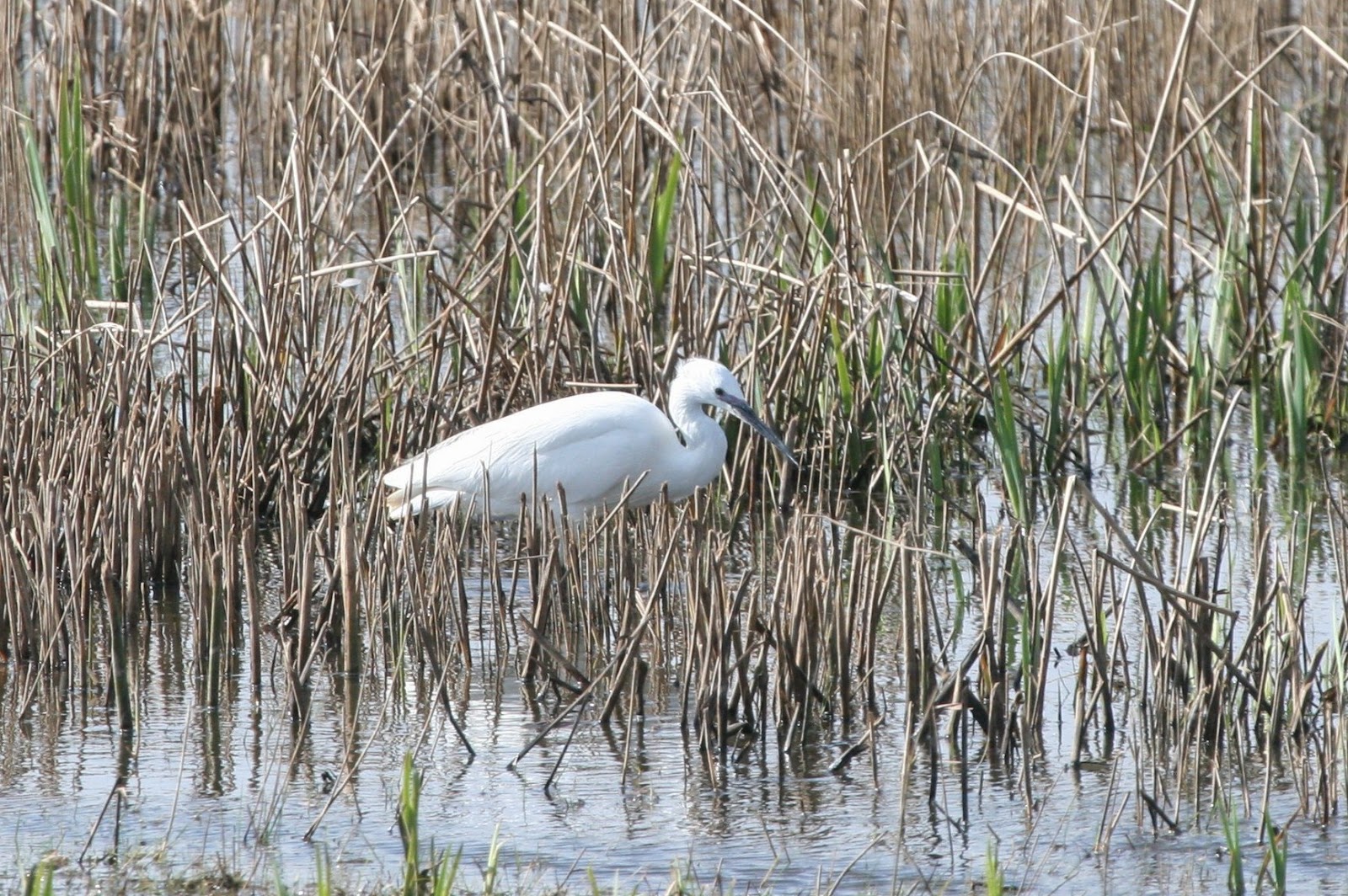 This was a very obliging Little Egret which retained my attention for ages. Whilst the reserve wasn't teeming with birds, other than Black-headed Gulls, there was a good selection of species to seek out. Whilst sitting in a hide looking westwards over the large lagoons littered with islands on which gulls and Avocets were vociferously staking out claims, these two adult Mediterranean Gulls turned up, one of which was ringed. Despite efforts enlarging the photograph, the ring number couldn't be read. 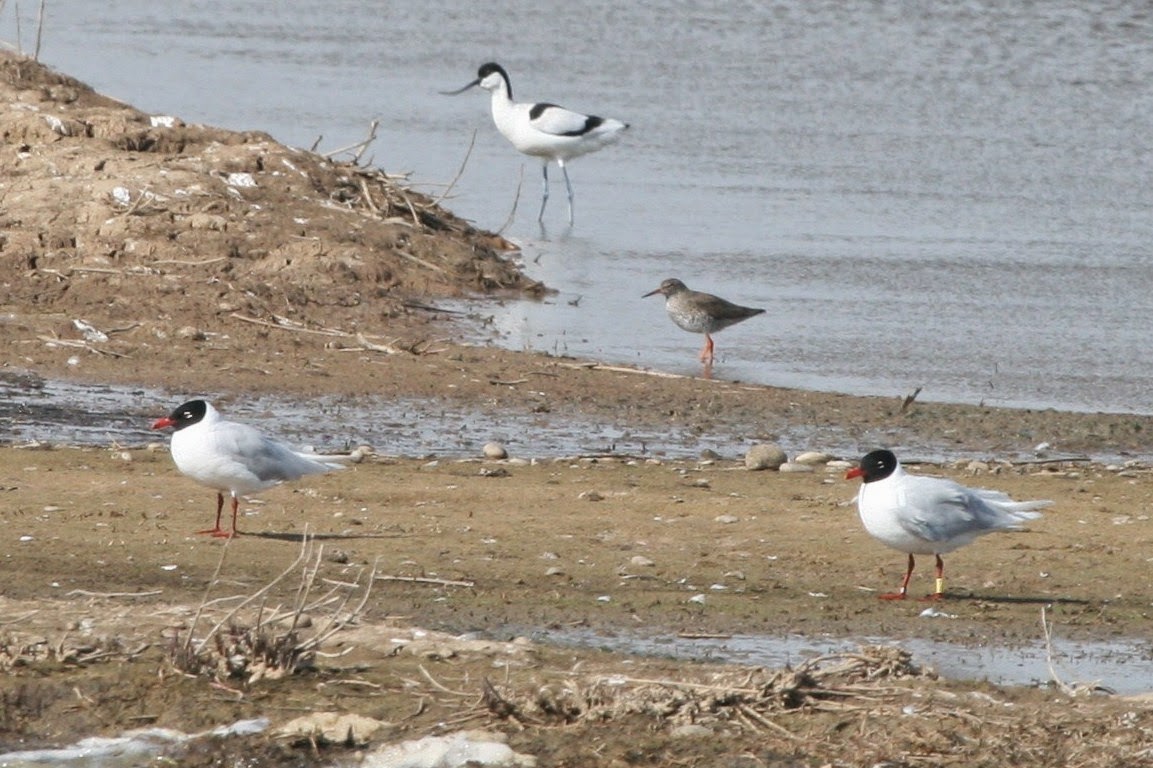 I spent quite a time at this particular hide and began to clock up an appreciable list of birds, nothing special , simply a good variety. I couldn't resist taking a photograph of this Common Teal given it's a species that we so often take for granted. An examination of its plumage details reveals a really attractive species that more often than not we don't give the attention it clearly deserves. Click the photograph to enlarge it and see it at its magnificent best!! 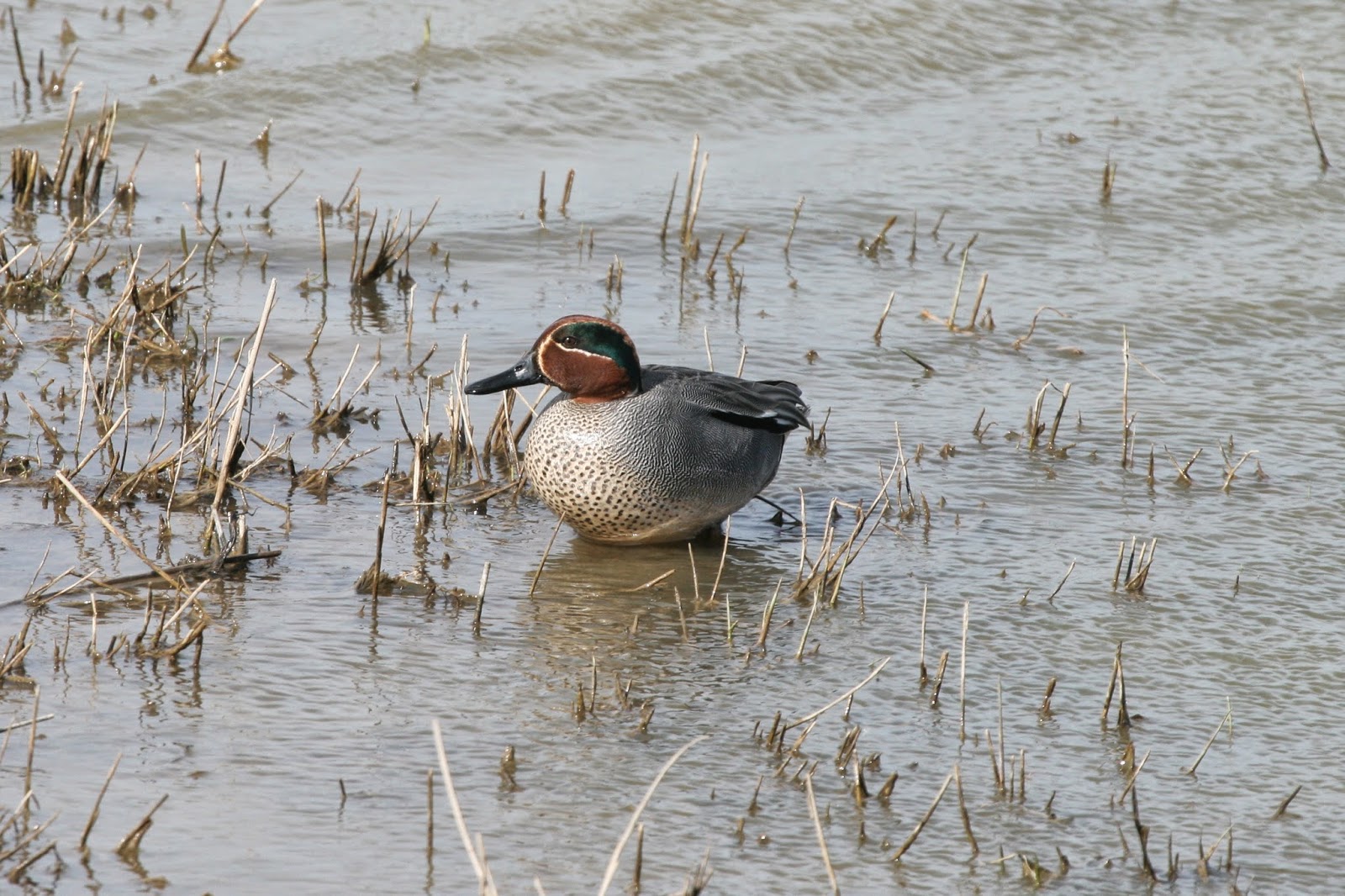 From there I eventually made my way to the Island Mere Hide, sadly filled with a rowdy, territorial bunch of photographers !! Whilst little was on offer ( and the regular Water Pipit of late had temporarily moved ) we were all then treated to some superb views of a Bittern which emerged from the reeds right in front of us. It remained for a while, extended fully its impressive neck, showed off its markings, shrank back into the reeds on occasions and then flew past the hide in full view. Great stuff!

I finally left the reserve well satisfied with my visit and vowing I'd return again in due course, perhaps in winter or autumn. It certainly deserves its reputation as one of the Society's flagship reserves and I guess anyone "trying" birdwatching for the first time would return home suitably impressed.

Posted by John S. Armitage at 9:01 AM
Email ThisBlogThis!Share to TwitterShare to FacebookShare to Pinterest