Recently I received my copy of  Legal Eagle, the RSPB's Investigation Team's Newsletter. It's not a new concept, indeed this is Issue number 73 and one might be led to consider how many persecution incidents have been reported on over the series!!! 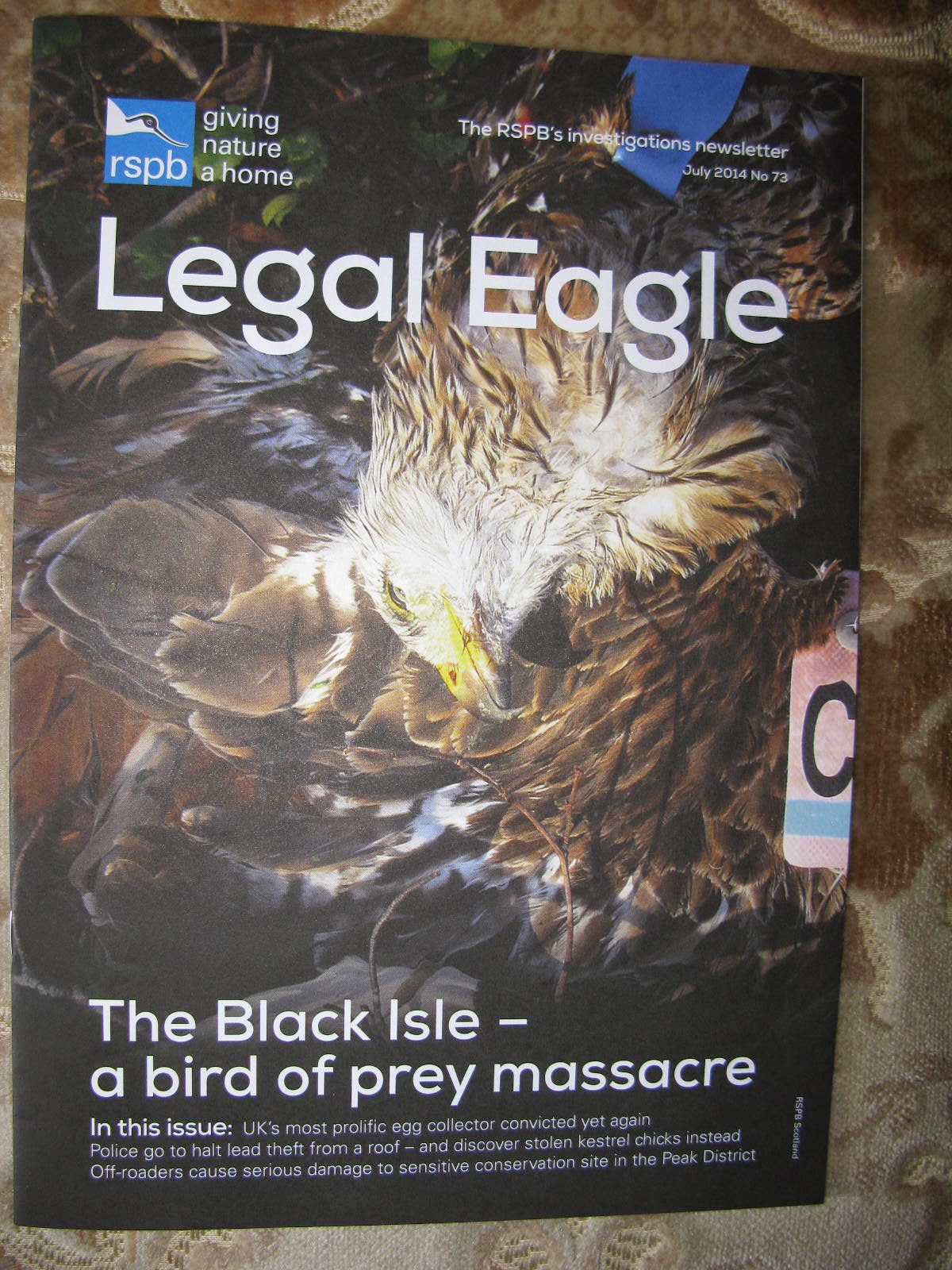 As might be imagined the recent incident on the Black Isle, near Inverness where sixteen (16 ) Red Kites and six (6) Buzzards carcasses were found on a single farm is covered in detail. Those examined so far were found to have been poisoned.  Other instances of raptors being killed are cited and an accompanying heading simply states, " The biggest threat to birds of prey in Scotland remains the systematic illegal killing.....in areas managed for driven grouse shooting".  The latter, I would remind you, is a statement referring to a whole country, NOT an isolated incident such as the above.

I would recommend anyone to read the publication as issues usually cover a much wider spectrum of interest than birds. However, it is the continuing reportage of bird related incidents that I'd wish to dwell on.  One of the prominent articles is entitled, "Raptors suffer yet more persecution in Peak District".  The article refers to a Buzzard being found near Winscar, near Penistone with a spring trap still attached to its leg. 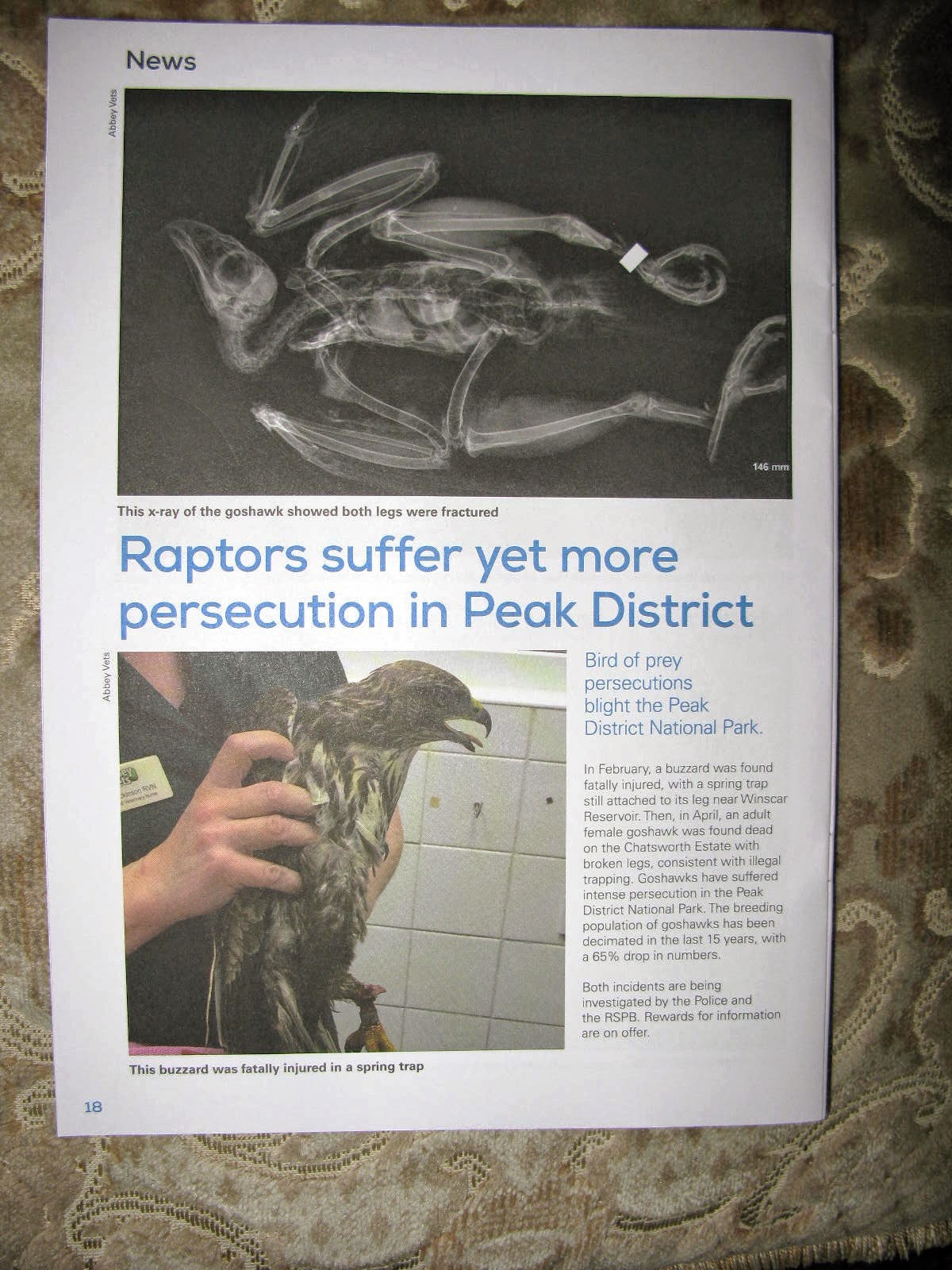 I lived nearby to Winscar for many years and know the area well. It's not the first time that activities like this have been investigated.  But for those whose geographical knowledge of the area is a bit hazy, the most salient point is that the above area is not that far away from where the Hen Harrier Action Day took place last Sunday. Nor is the latter location far from where another persecution incident reported on in the same article took place. This involved a female Goshawk found with broken legs, a sure sign of trapping having taken place. Whilst some would seek to convince that such incidents are isolated, then I would seek to assure you that activities like that are widespread, too widespread. Reported incidents in the press and elsewhere continue to provide more than ample evidence to support that view.

There is a problem, an embarrassing problem, that the shooting industry is doing its utmost to deny. Indeed, not only is there no admission that elements within its own ranks are responsible for such incidents , but that the industry is in itself in a state of denial that it has any connection with such persecution despite prosecutions coming forward on a regular basis.

Is there a need for more proof before change is enacted or are we prepared to allow even more of our raptors to suffer such depredations?
Posted by John S. Armitage at 10:51 AM
Email ThisBlogThis!Share to TwitterShare to FacebookShare to Pinterest