The Atlas of Dragonflies in Britain and Ireland. 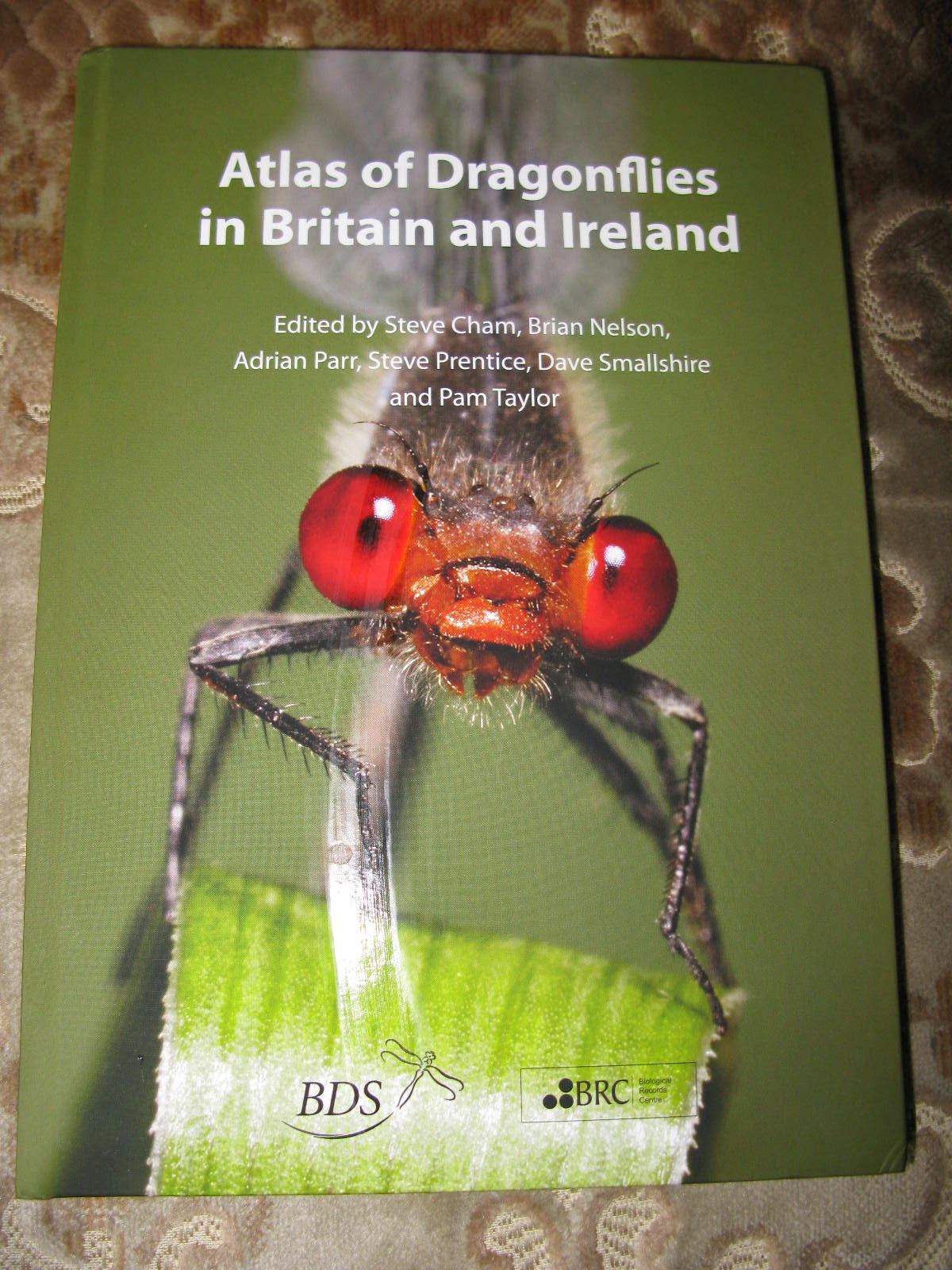 This recently published Atlas is an absolute tour de force !  The British Dragonfly Society and the Biological Records Centre deserve the congratulations of everyone with an interest in dragonflies for their publication of such a splendid and inspiring volume.

There has been very many other agencies along the way who have supported the initial work, the production process and the funding of the whole venture. To you all , many thanks also.

Within the introductory chapters there is a fascinating array of material including "Environmental factors influencing dragonfly distribution", "Dragonfly habitats", "Recording and data collection", "Mapping the data,species richness and recording intensity", "Trends in the status of dragonflies in Britain and Ireland since 1980", and "Phenology".  Following these are the Species Accounts, which usually include  first class photographs of the individual species and its habitat together with details of its flight period and a well sized distribution map. 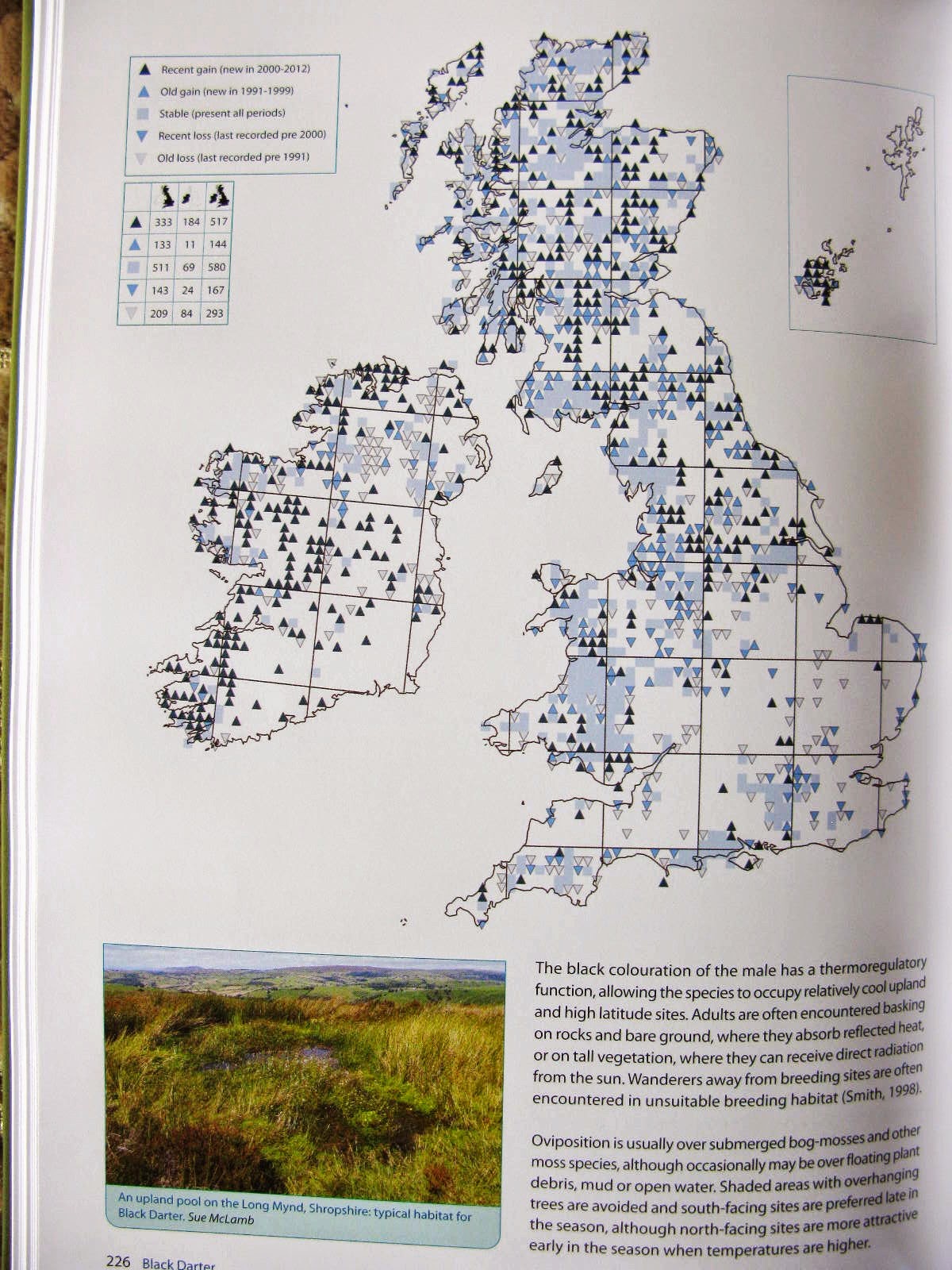 I found the latter absolutely fascinating as they are all of a size to make the interpretation of a stable population, recent gain or recent loss easily discernible. As might be expected the "introductory" photograph for each species is probably the best that is available which, in each case, was an absolute delight.  The Atlas includes details of rare vagrants as well as our more established populations and is a pleasure to simply keep delving into. What I hope it achieves is for more people to become interested, including me as I have to admit dragonflies are peripheral to my greater obsession with birds. Looking at the Atlas and concluding that, perhaps, a particular species might also occur in a nearby area for which there are no records, and then getting out there and proving the point will be an ultimate "reward" to the authors who have clearly worked tremendously hard to produce a book of such quality. Might Northern Emerald occur on Jura or Islay I ask myself ? Well, we'll never know unless someone  looks, which is the effect the publication has had on me and one that I hope is a more widely held sentiment that results in even more dragonfly records being generated.

Whatever your obsession within natural history this is a book which should be on your shelf !  Further details can be seen at www.british-dragonflies.org.uk
Posted by John S. Armitage at 1:03 PM
Email ThisBlogThis!Share to TwitterShare to FacebookShare to Pinterest