In a previous Blog in early January I attempted to assess where we are currently within the Hen Harrier debate. Enhanced publicity, increased support for change, responses from the shooting industry in many senses are little more than "business as usual" nowadays given the debate has dragged on for so long. The conflict is deep rooted based on deliberately maintained prejudice within the shooting industry and, over the years,repeated attempts to improve the situation have failed.  The number of breeding pairs of Hen Harriers in England is now at a very low level and , I suspect, the situation in Scotland might not be as positive as we might believe.

Does all this signal that a new approach is necessary? 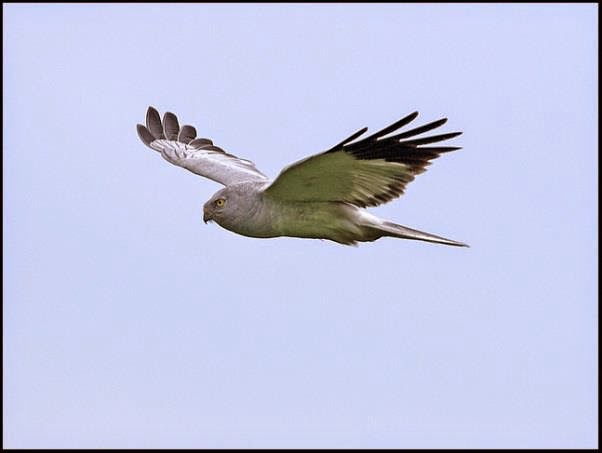 Via IOM Govt and A.Tilmouth.


Repeated calls have been made in the past for ideas that would result in this conflict being resolved. Nothing has emerged that has held sufficient attraction for all stakeholders and the situation trundles on.

It's not that long ago that only a very oblique confirmation was ever made of those who were held to be responsible for raptor persecution despite regular condemnation of the activities.  Let's face it, Hen Harrier deaths are not linked to inner cities, intensive agricultural areas or docklands!  Documented instances, prosecutions  and "disappearances " of birds in upland breeding areas or similar areas frequented in winter have all figured prominently in past times.  And what, might we ask, takes place in such areas ?   Grouse shooting!!   I suggest we put all previous reticence aside and unequivocally direct comments to the owners, managers, staff and clients of such enterprises. Not all will countenance raptor persecution, but I think it has to be recognized that little robust condemnation or actual initiatives for change has arisen from within the industry.  After all, successful prosecutions  show no connections with the local vicar, the postman or the midwife but almost exclusively with gamekeepers. So we know precisely where both the blame can be attributed and the change in direction must come from.

Attempts to secure improvement within the UK parliament via legislative mechanisms have not succeeded.   The overt opposition by Tory Ministers and others to such possible regulation pays testimony to their absolute intention to maintain the status quo.

With a General Election in May,2015 might an opportunity arise afterwards for change?

A Tory majority Government   ( highly unlikely I believe! ) would certainly result in the status quo being maintained and be bad news generally for environmental and wildlife matters in my view.  The Labour Party shows little appetite for such matters, the Liberal Democrats are unlikely to be a major force and so we might have to look to the minority Parties to push forward initiatives for change. Given that the Tory Party equates essentially with the Establishment, a reduction in the former's representative numbers in Parliament might be the weakened position that allows for progress. As grouse shooting interests are vested largely within the Establishment too, then the opportunity to pursue the adoption of the Vicarious Liability offence in law might now arise.

Why has an imperative to pursue such legislation arisen at this point?  Sadly I believe the likelihood of gaining progress on the licencing issue or the banning of driven grouse shooting is minimal.  The predicted chaos following the 2015 General Election is unlikely to provide the most apt opportunities to achieve the above objectives. By contrast, the offence of Vicarious Liability has been part of Scottish Law since 2012 and this ambiguity with English Law could be vigorously exploited, particularly with the continuing levels of persecution occurring, the very subject area the law is designed to reduce. In December the first successful prosecution was achieved in Scotland. What people may not realise is that, in addition to the successful prosecutions of those involved, if any Single Farm Subsidy payments are received by the Estate or farm these are then withdrawn. In the recent case this is reckoned to have "cost" the owner many thousands of pounds. Such is a very strong deterrent and lends further weight to the Vicarious Liability offence being adopted in law. Unfortunately the RSPB chose not to support the petitioning process for this law and instead laid reliance on the Law Commission review process, which then did little to really improve the situation. Possibly this is now a topic the Society could pursue more robustly, recruiting the help in Parliament of the Green Party whose representation I feel is set to improve. A challenge and prediction combined!!

I feel this should now assume some priority as an initiative linked to Westminster. However, I also feel there is much that the RSPB should be addressing and will consider such options in a later entry.


Posted by John S. Armitage at 4:04 PM
Email ThisBlogThis!Share to TwitterShare to FacebookShare to Pinterest