The legacy of Martin Garner.

Recently we all heard the sad news that Martin Garner had died.  Since then the tributes have been appearing at an increasing rate and all pay testament to the loss of a truly remarkable man, a very special person with very special skills.  There are many who are better qualified than I to set out the qualities, the work and the personality of a man who will clearly be sorely missed and who had so much more to give. The following is not intended to address such personal  issues but to emphasize how we might all take on board a particular approach to birding and gain more from it, but , most importantly, to ensure the legacy that was Martin Garner is put into practice.

I didn't know Martin at all well, indeed  I'd only spoken with him a few times or attended a couple of talks.  One over-riding , most noticeable thing was that his style of communication was motivating and inspiring......he reached people!  All this coupled with laughter and an ability to listen too.  His presentation at last year's Bird Fair relating to the most recent book, "Winter"  in the Birding Frontiers Challenge Series was absorbing. He encouraged a more open-minded approach , almost an upturning of the apple cart in some senses, aimed at learning even more from our birding but, at the same time, for us to thoroughly enjoy that journey of exploration.  The message is further advocated in the book itself. 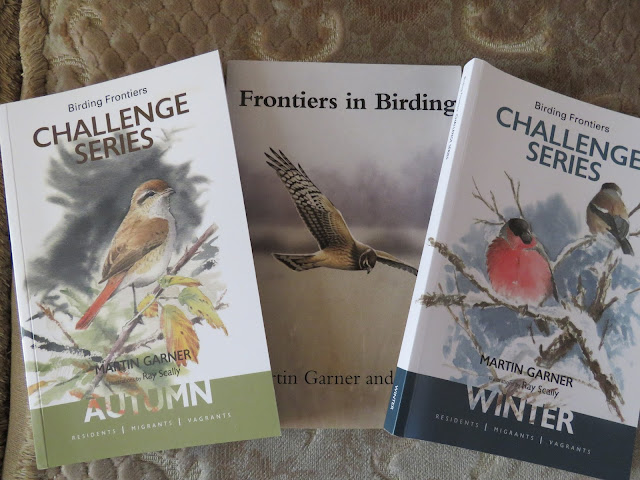 The birding world will clearly be much the poorer for his absence;  the patient diligence which clearly led to the initiation of the Challenge Series, and the energy and "teaching" encouraging us all to embrace a more inquisitive approach to our birding.  I find the assemblages of comparative photographs and illustrations absolutely absorbing and suspect more of us will feel additional confidence when examining various species in the future.  Previously, friend and colleague, Andy Schofield and I had often discussed the nature of migration through Islay and the origin of its migrants. I'd long advocated that, whilst many of our birds arriving on Islay originated in Iceland,  some species  might be expected from Scandinavia after travelling SW, spilling down the Great Glen and then appearing in places like Islay, elsewhere in Argyll , Ayrshire and so on.  Last autumn half the story was confirmed with this obvious Icelandic Redwing conveniently posing on my garden wall and allowing itself to be photographed ( not terribly well ! ), a replica of several of the plates in the Winter book  ( see page 77 ).  Simple stuff in many ways but I took great enjoyment from the episode ! 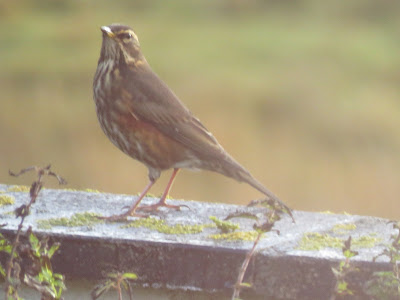 Over the past few months several Blogs were put out by Martin Garner that advised on his personal condition, his sentiments and beliefs.  Whilst I suspect many birders wouldn't normally have read such material I also suspect that many people did read them because they came from Martin and reflected privately on the content. Few comments appeared but, nonetheless, I guess the outreach was quite wide and caused more than a few of us to consider issues we wouldn't normally visit. I think he'd have been pleased at that!

Finally, it would be nice to believe that someone from the "Challenge Team" might elect to complete the series. A big ask and a difficult job no doubt, but a very fitting tribute and something that I believe would be respected and supported by the birding community. Coupled with all of us taking on board the various messages set out on Page 11 of the Winter book, I guess the collective output from our birding is in for some very exciting times ahead, largely by courtesy of Martin Garner.
Posted by John S. Armitage at 1:34 PM
Email ThisBlogThis!Share to TwitterShare to FacebookShare to Pinterest
Newer Post Older Post Home