Today was unproductive, unfulfilling, but quite reasonable as far as weather was concerned. You can't have it all !

I did a circuit of many of the sites I've mentioned previously coupled with a migration watch ( except there wasn't any ! ) from a vantage point overlooking the Little Don Valley, a search for Ring Ousel yet again, but all was in vain.  I had a Chiffchaff in a new location and that was about all . But the weather was nice which is not always the case. 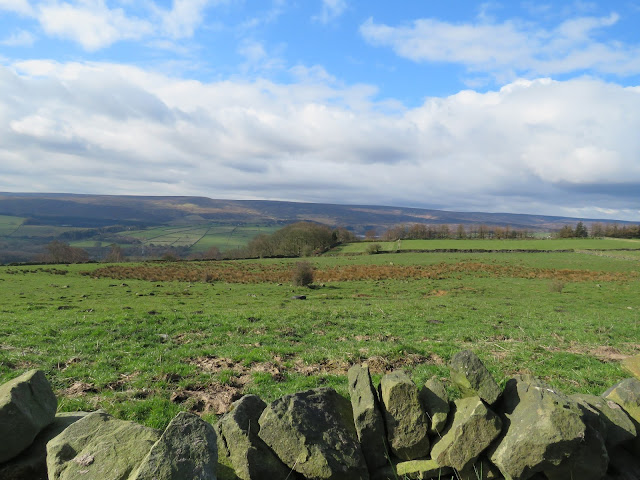 Well, here's a view from a spot less than 5 minutes from my house looking SW/WSW over Langsett Moors and showing reclaimed in-bye land and the moors themselves. There's both a valley and a large reservoir "in between".  I've a feeling I shall use this as a vantage point in autumn given it's so convenient, but it does tend to catch the wind too!! We'll see. 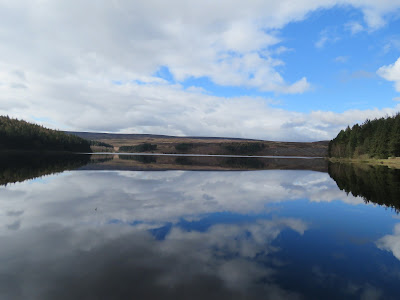 And this is the reservoir in the bottom of the valley ( Langsett ). I felt quite clever at catching the cloud reflections in the water but self -reflection since then leaves me a bit confused, I don't know about you!!  A few Mallard, Canada and Grey lag Geese, but little else and certainly none of the Common Sandpipers that can usually be relied upon. 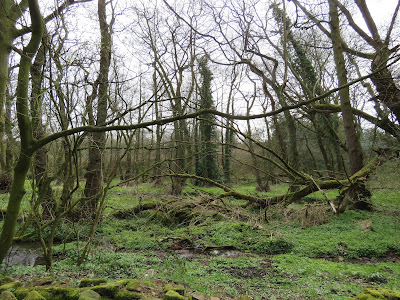 And finally, a small, partially flooded woodland behind a small dam which I used to visit quite frequently.  Sparrowhawk has bred here and Nuthatch now in residence; Lesser Spotted Woodpecker has bred in the distant past but were certainly not in evidence today. Nice spot though.
Posted by John S. Armitage at 5:04 PM
Email ThisBlogThis!Share to TwitterShare to FacebookShare to Pinterest
Newer Post Older Post Home