When I returned from Norfolk at the weekend I learned, to my horror, that there was a two part documentary being shown on BBC 2 which had already started !.It covers an expedition to Papua New Guinea by Frank Gardner and Benedict Allen essentially to locate Birds of Paradise that the former so wished to see..  Well, perhaps not so different from many other documentaries which television provides until you learn that Frank Gardner is confined to a wheelchair and realise the terrain in which the birds are present in PNG is challenging at best ! For the various reasons I outline below I didn't want to miss the programmes and set to retrieving the first one I had missed through the bewilderingly easy system now available even for non-techos like me!

Like many I had heard vaguely of Frank Gardner and what had beset him in Saudi Arabia whilst on a filming assignment for the BBC which , basically , saw him targeted by terrorists, his cameraman being killed and himself being left for dead after being shot eleven times. He survived his injuries but, as a consequence, lost the use of his legs. Sometime later I was travelling to or from my then home on Islay and parked up in a Lochlomondside car park to have a rest and listen to the radio. I missed some of the programme which, essentially, was dealing with the outcome for people who had survived similar experiences and being left with some form of permanent disability. Frank Gardner was answering questions and I was overwhelmed by his outlook , his optimism, his totally positive and realistic view of matters and even came away myself, as an able bodied person, feeling utterly motivated into taking a more embracing view of life. Whilst I'm sure there had been dark times, his outlook was so reasoned, forward looking and lacking in self pity or rancour as to be extremely humbling. I became a fan.

And now if reportage on security matters is being made on television or radio in his capacity as the BBC's Security Correspondent I listen intently as the content is always reasoned , factual, informative and balanced. As a person he comes over as being very polite, tolerant and fair and someone whose views are very much worth listening to.

He's a birdwatcher too so there's a bit of a connection there!! One of his boyhood dreams was to see Birds of Paradise, perhaps some of the most extravagantly plumaged birds on Earth. This two part series deals with a trip he's made to PNG with Benedict Allen, the explorer and the inevitable challenges which needed to be faced. 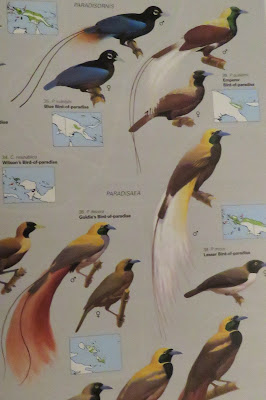 By courtesy of Lynx Edicions , "Illustrated Checklist of Birds of the World" Volume 2  Passerines

Now I'm not going to spoil anyone's enjoyment of the first programme  ( and, of course, I haven't seen the second one yet ! ) but there are a lot of accompanying issues and story lines interwoven into the programme's narrative and footage. It's much more than an expedition to see birds, believe me ! A typical FG comment , "there's much to be happy about" !

So, make sure you download the first programme from last Friday and watch tomorrow ( Friday)

And if you think it ends there I can also recommend a recent book written by Frank Garner, "Crisis" which has figured at the top of the Sunday Times Best Seller list. Next to birding, books in this genre are my next guilty pleasure. It's a gripping read !  OK folks, commercial break over !!! 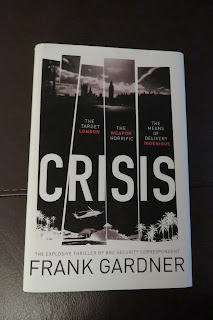 Posted by John S. Armitage at 6:16 PM
Email ThisBlogThis!Share to TwitterShare to FacebookShare to Pinterest