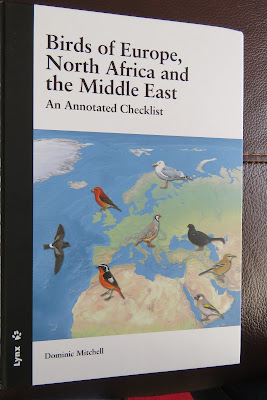 I like this book, I really do, not least because of its precision, its "crisp" appearance and the "no nonsense" presentation of its contents throughout ! Any birder with an abiding interest in the Western Palearctic will both welcome and treasure this book.  Written by Managing Editor of Birdwatch magazine , Dominic Mitchell, who is both an active birder,and  author of many articles and books on birds , but also  a passionate devotee of birds within the Western Palearctic.

I'm not going to follow the normally adopted parameters of book reviewers, but simply provide a personal account of why I feel this book achieves its intended objectives and how it will both attain, and retain, a  prominent position within those available for some considerable time.

Basically the book addresses the long running discussions about the boundaries of the Western Palearctic, whether the Arabian Peninsula and Iran ought to be included and where the borders of the northern Sahara ought to rest. It does so succinctly and with well presented justification. A photograph of the plate  in the book showing the specific area adopted is given below. 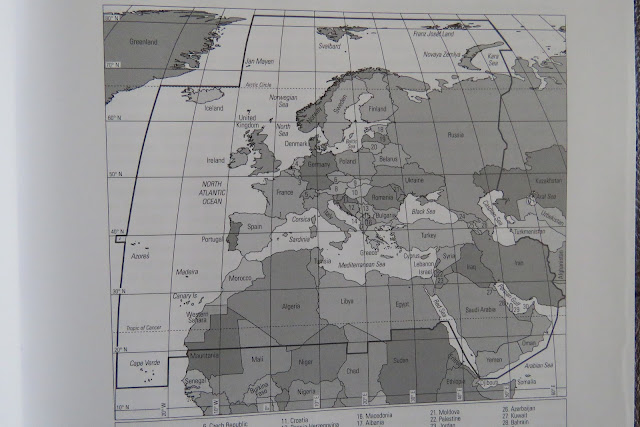 By courtesy of Dominic Mitchell/Lynx Edicions.

Some people, of course, might not agree with the position taken, but the case is put forward with convinced clarity and results in 1148 species being listed, an increase of 129 beyond those previously considered within the boundaries described by Cramp (1977 ) within "Birds of the Western Palearctic".

Within the constraints of space, a section deals with each species individually and a Systematic List provides details of Other Names, Taxonomy and Distribution (215 pages ). Various appendices describe  Endemic Species, Extinct Species, Omitted Species ( with justifications), and National Lists. That for Britain, with 603 species, and compared to all European counterparts and neighbours,  I believe provides as fulsome a justification for Brexit as has yet been put forward !! Just look at the figures!

Following the appendices is a very clearly set out Checklist which I feel WP aficionados will treat with respect, repeated visits and sheer love ! I confess I turned, somewhat immediately,  to Mahgreb Lark, having returned from Morocco only recently and settled back with a certain contentment !

A great book, don't  miss out on a copy, get yours now and   ENJOY !
Posted by John S. Armitage at 6:25 PM
Email ThisBlogThis!Share to TwitterShare to FacebookShare to Pinterest