I'd set aside a day and a half for some intensive birding before being up in Inverness staying with my two daughters for a week. Thankfully the day dawned bright and fine!  My "difficulties" with parking the night before were explained by the presence, at the hotel, of members of the Rolls Royce Club (Scottish Section). In all there was in excess of thirty of these vehicles, and what a magnificent bunch they were too. I'm afraid my little Ford Fiesta parked at the end of the line looked somewhat incongruous......... 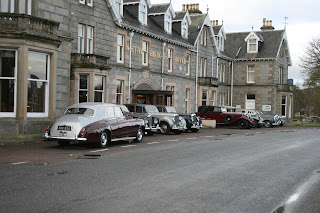 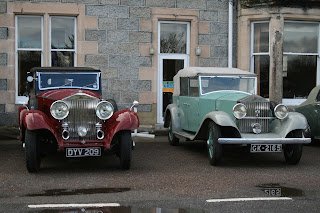 I commenced on my round of visits to favourite areas and soon had a good list of species in the making! Things appear to be as equally "late" here as elsewhere, with some summer migrants noticeably absent. Good numbers of Willow Warbler and Sand Martin and odd Blackcap. I looked in vain for Crested Tit, but a great view of a female Merlin "stooping" at a Song Thrush made up for things and a nearby lochan provided views of Slavonian Grebe, Wigeon, several Goldeneye and a couple of Common Sandpiper. Odd Swallows only were around, and what I judged to be a recently arrived Wood Warbler ( 2013, 196 ) showed well, but sang far less enthusiastically. 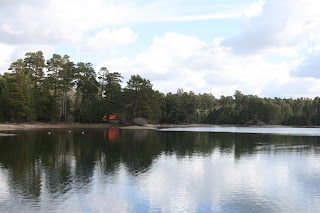 Later, up one of my favourite glens, and whilst enjoying a relaxed lunch break, a pair of Common Buzzard had a tussle with a female Goshawk, ( 2013,197 ) all of them providing great views in continuing sunlight.  Another location, and its varying habitats, provided a good selection of typical species such as Siskin, Tree Pipit, Great Spotted Woodpecker, Goldcrest and Treecreeper  and was then further enhanced by a couple of Scottish Crossbill.(2013,198 ) 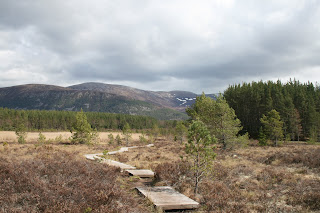 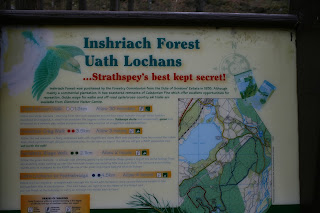 The day had already provided a good selection of "Speyside specialities" and time still remained!  Moving on I watched an Osprey eyrie from a distance and just caught the male (2013, 199 ) moving off on a hunting foray. The white crown of the female could just be seen by a telescope as she moved occasionally with the deep nest bowl. Tremendous birds!

Travelling on again, I was just passing a section of mature Caledonian pine woodland when a female Capercaillie (2013, 200 ! ) emerged "turkey like" onto the roadside verge. By this time things were very quiet, but, nonetheless, this was a total bonus. I'm not sure who was the most surprised and, as with all such experiences of value, it finished all too quickly. At close quarters the markings on the wings are very distinctive, as well as the size! Sadly, the weather deteriorated in that it began to rain heavily and ruined my intended evening walk on Cairngorm. I went up there anyway and, whilst the visibility was poor, I was rewarded with a sighting of five of the Reindeer herd which is present in the overall area.  A great day!! 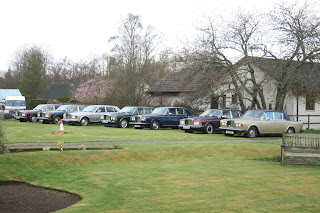 I thought of parking on the lawn last evening!!!  I had to laugh at the "No  dogs allowed" sign though!!  Strictly for Rolls Royces it seems.
Posted by John S. Armitage at 3:53 PM
Email ThisBlogThis!Share to TwitterShare to FacebookShare to Pinterest