A day in Breckland.

An absolutely gorgeous day, although a little cold and with a blustery wind throughout the afternoon. Off and out and first to arrive at Lynford Arboretum. The amount of birdsong was impressive and really confirmed that Spring must now be here, whether or not there's the occasional set-back of short duration. A sighting of the first lambs on the journey helped to confirm matters !

As ever the walk down towards the lake held a succession of bird sightings. A walk around the whole paddock didn't produce anything that even suggested Hawfinch, so I retraced my steps and , suddenly, had a brief but not very satisfying view of two birds on top of one of the tangled Hornbeams. That appeared to be "it", so I struck off and explored a few areas that I'd not visited before. There are lots of such areas at Lynford and the place grows on me the more I visit. I was looking for Lesser Spotted Woodpecker which used to be recorded here , but I had no success. All the usual woodland species were around, including some particularly good views of Marsh Tit.  I also had great views of Grey Wagtail along the stream that runs into the lake.  So I gradually wended my way back to the car and breakfast and , as the Sat Nav says indulged in a period of   " Recalculating".  I went back to the feeders at the main entrance area and amidst Nuthatch, Chaffinch , odd Brambling and titmice there it was......a single Hawfinch feeding amidst the throng on the ground.  Tremendous views for quite a period and a definite testimony to disciplined " hanging on in"!.

Given it was now approaching lunchtime I next went on to near Grimes Graves, attracted by the idea of seeing the wintering Great Grey Shrike. But where to start as the directions were a bit vague and imprecise?  As there had been mention of the Ministry of Defence I pinpointed a suitable area only to find it was a firing range with all the accompanying warnings etc. Thankfully I gleaned from a local lady dog walker that there was actually a public footpath across the area ( it could only happen in England! ) and you only had to keep out if the red flag was flying. So hoping that I hadn't missed this most essential of indicators I found the access ( which, in itself, required expert local knowledge as to its location, it was so obscure ) and set off along what proved to be a really attractive route. The open area of grass heath with the odd gorse and birch/conifer dotted around was great and well worth a visit later in the year.  After about a kilometre I suddenly saw the bird fly and then had prolonged views of it hunting, perched and in flight. Tremendous!

I finally moved on to the Santon Downham area.  Lesser Spotted Woodpecker again figured on the agenda, but was never realised.  I was told later that the birds were thought to have moved into an area closer towards Brandon!!  Whilst there was a good variety of common species, numbers weren't high and birding was quite hard work in some senses, producing nothing of particular note!

I've always been fascinated by the Breckland area but confess to knowing precious little about it!  Santon Downham is located within a meander of the River Little Ouse and was the village where HM Forestry Commission set up its administrative headquarters following the planting of tens of thousands of trees which, collectively, form Thetford Forest. On the outskirts of the village lies the Church of St. Mary the Virgin. I don't believe this is in active use any longer and is looked after by a Trust. 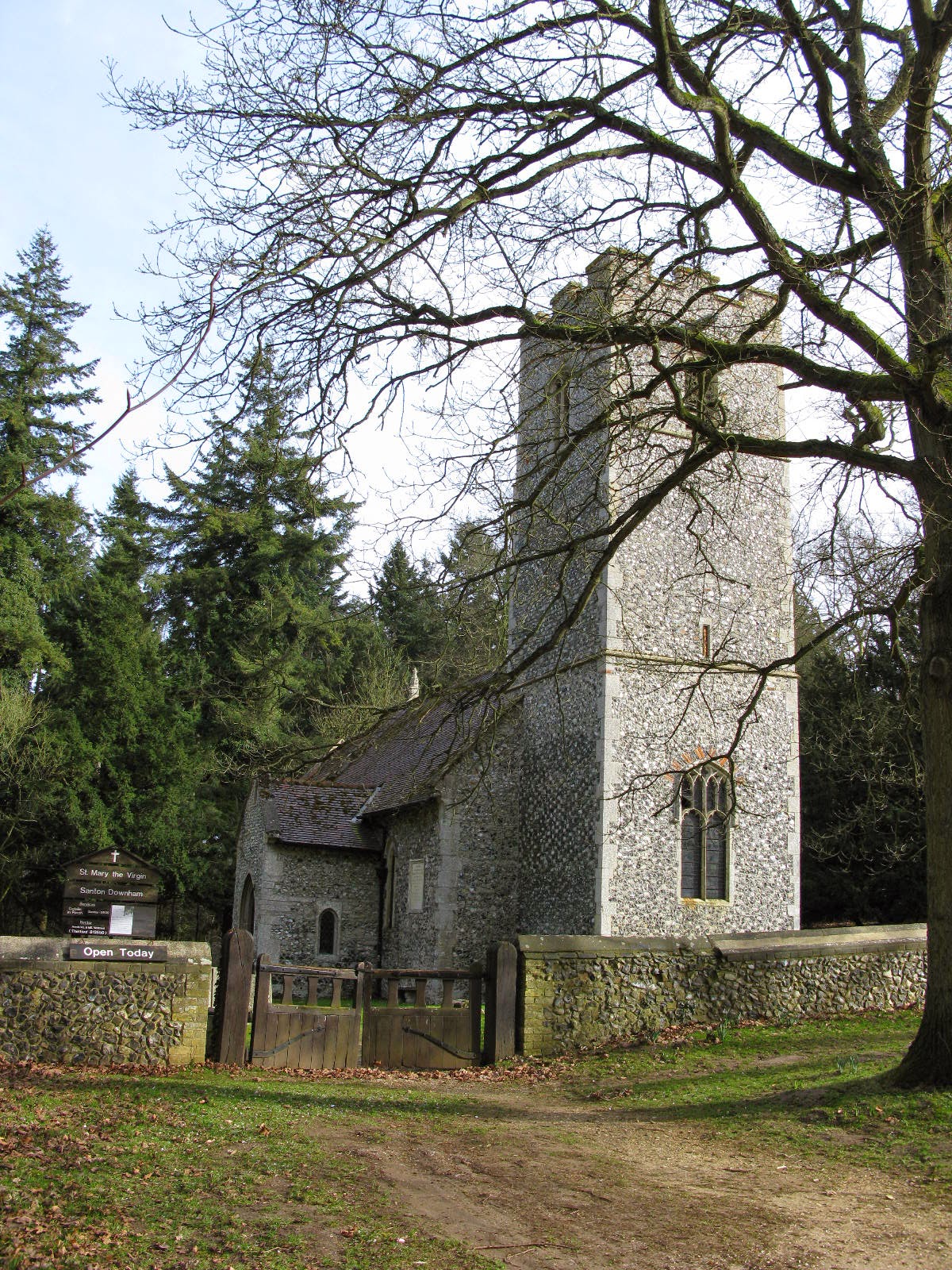 It's an attractive small church which nestles within the forest itself.  The north and south doorways to the Nave are dated as 12th Century so the building has seen many, many changes throughout its presence. 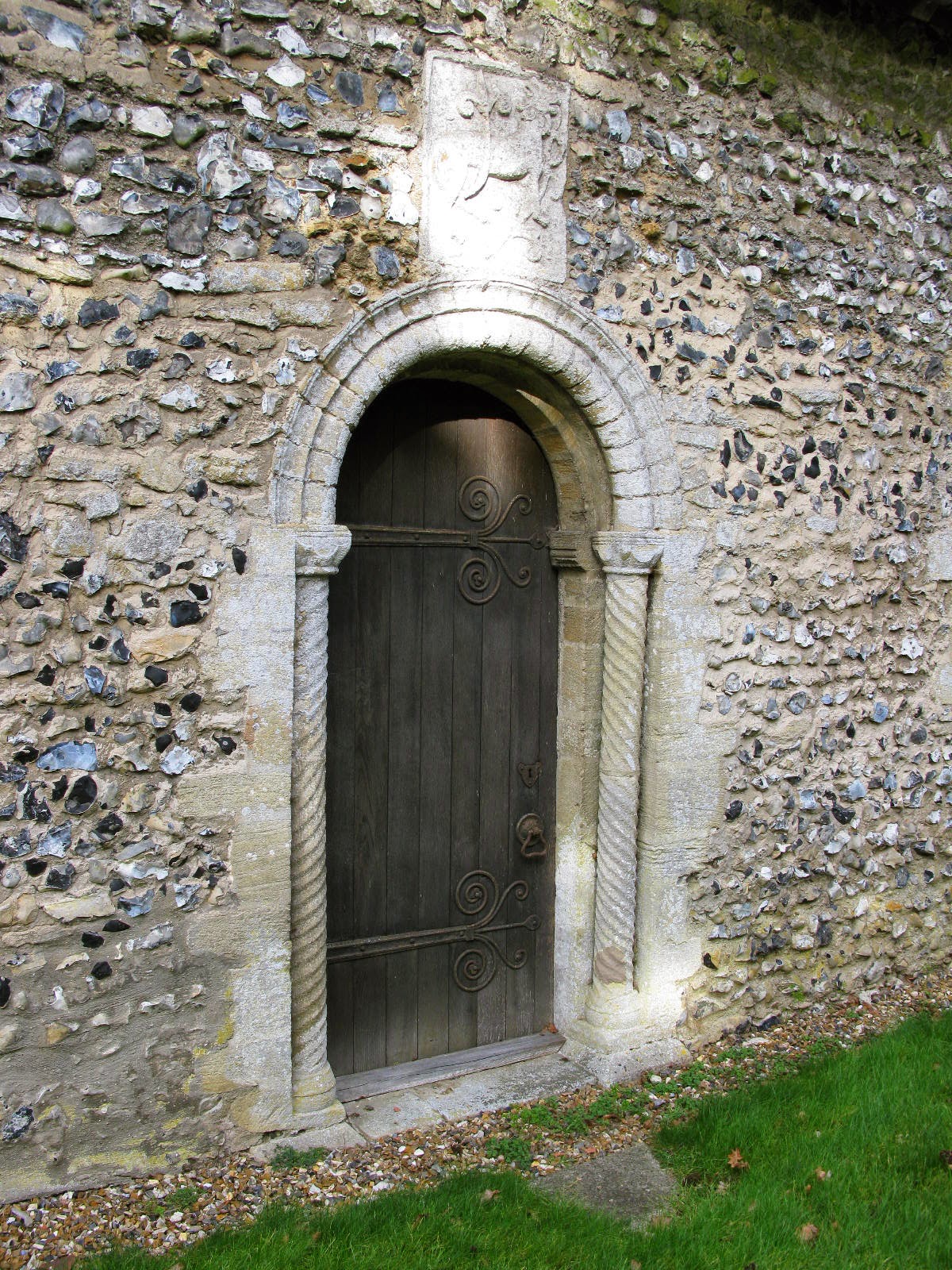 It's a sobering thought to contemplate the landscape that surrounded the church when first it was built and the various jobs that its congregation held and even how many people lived in the area. And what were the local commercial activities that produced sufficient wealth to allow its benefactor to initiate its construction? Apparently the adjacent heathland caused problems at times in that wind blown sand engulfed parts of nearby villages with part of the problem being the instability brought about by the presence of large Rabbit warrens. What with the watery wastes of the Fens to the west and clearly large barren areas hereabouts the bird communities of that period must have been dramatically different to today. Something to ponder and research.........


Incidentally, I'm now about to be in that part of Norfolk where cyber facilities are somewhat questionable at times. My next entry may miraculously be on time or in a few days time.........

Posted by John S. Armitage at 8:29 PM
Email ThisBlogThis!Share to TwitterShare to FacebookShare to Pinterest