I'm a real fan of House Sparrows! These entertaining, ebullient, ever enthusiastic little creatures used to be a very prominent feature of our landscape in the UK but, in may places, their background chirping is a thing of the past as their populations have plummeted. Such has been documented at 69 % in the period 1977-2010 ( BTO Bird Atlas 2007-2011 ). By contrast they seem to be "hanging on" in other places and even increasing in some. In urban areas ( not rural where probably different factors influence matters ) the lack of nest sites, air pollution and poor breeding performance due to lack of invertebrate prey are felt to have influenced things dramatically.

When I spent some time in New York in May I was pleasantly surprised to find House Sparrows generally spread in the areas visited, and not just parks. 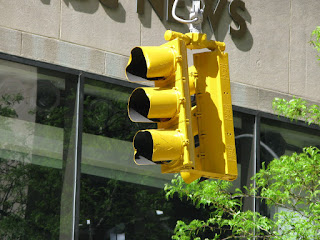 Now New York is a pretty congested , noisy place ( compared to Islay ! ) but I was intrigued to often hear sparrows chirping away at road junctions , hiding away somewhere within the suspended traffic lights. Whilst Manhattan, Times Square etc have many places totally unsuitable for breeding, there are still enough more traditional buildings that must provide breeding sites. 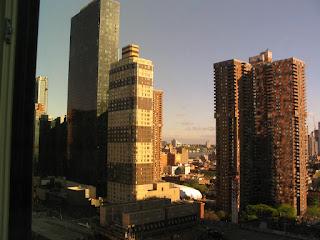 Similarly, with America's fast food culture, coupled with an ample number of parks and similar places  where people can take time out for lunch, and doubtless provide food for these outright opportunists, it's not difficult to see why they are succeeding at least for most of the year.. But where is that different to London or some of our other cities? We've clearly got a more defined problem than appears to apply in New York where one might just have concluded  a more hostile environment was present in some ways.

One aspect which did intrigue me and that was, "What happens in winter"?  Eastern America can be subject to some pretty ferocious winter weather and low temperatures, coupled with deep snow cover which can persist for quite a period. This aspect is certainly something we're not conversant with in recent times where our winters in the UK have become far more mild than previously. There'd certainly be no sitting out in New York's parks for some considerable time during that part of the year which suggests that House Sparrows might take a "hit" in what might be described as the low season. But clearly they bounce back and are doing reasonably well, which is good news. Given there are a number of people who read this Blog from time to time, and who live in America, please feel free to comment as there might be something obvious which I'm missing!!

I have to say, and I'm being utterly flippant here and certainly not critical,  that with New York's ability to provide novel solutions, flexibility and approaches to many things I wouldn't be surprised if even House Sparrows are provided for!!  Noticing some plush seating outside a restaurant I was intrigued as to its use. Apparently it's where  you tie up your dog,  have a hassle free meal inside, whilst the pooch sits outside on the settee and watches the world go by. Brilliant!!!

Posted by John S. Armitage at 9:45 AM
Email ThisBlogThis!Share to TwitterShare to FacebookShare to Pinterest