The reality that is this Tory Government.

Readers will be aware of the E-petition to ban driven grouse shooting which is currently active ( 19164 signatures this evening! ). This has been laid by past colleague and friend , Mark Avery, and has several months yet to run, although the Government recently revised the rules under which these operate and the period they are available is now only six months compared to the twelve months within which signatures could be garnered previously!

The petition passed the required 10,000 signature mark quite soon, against which it would receive formal comment and the much anticipated response from the Government has appeared this week.  What an unmitigated disaster!  It's an elongated version of the drivel I received in response to the E-petition relating to the proposed licensing of grouse moors, but it contains a far more insidious expression of the Government's position relating to the shooting industry. It's clear that Uncle Hubert is alive and well and promises of Party support are being repaid by a growing significance being attached to the grouse shooting community. Clearly there is little true sentiment or empathy with our natural heritage from either Government or practitioners as, along with most other enterprises, it is now being judged on its contribution to the economy and little else.  I'd gently remind the Minister and Department concerned that considerable subsidies are paid from the public purse towards the "management" of such sites ( upland grouse moors ), many of which are designated based on the presence of key species afforded the highest protection under the Wildlife and Countryside Act 1981 ( as amended ).  But can such contributions be considered to be Value for Money? What a joke, indeed I'd even expect the Chancellor to agree with the following, except he appears to view all things environmental  as an open opportunity to generate economic benefit and extends no interest in our natural heritage whatsoever. 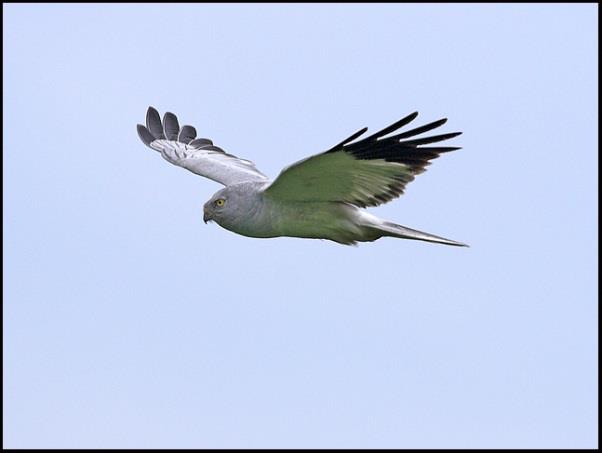 One of the key species often associated with the highest level of designation ( SPA's ) is the Hen Harrier  and sites qualify based on the presence and numbers of this and other birds of prey such as Peregrine and Merlin.. It is  upon the presumption that a site's management will continue to support its constituent "residents" that subsidies can be paid for habitat management.  Except the current level of deliberate illegal persecution is such that few birds are present in suitable upland areas used for shooting and essentially we end up supporting shooting activities and the economic gain so proudly exhorted within the above response. Value for money? I don't think so, in fact one would be hard pressed to identify much benefit that arises towards our natural heritage at all.

So , it's clear where Tory sentiments lie. As long as the shooting industry can demonstrate its economic contribution to be buoyant and positive then the consequences of its operation in the form of illegal persecution will be conveniently ignored and certainly no concerted actions taken to eliminate the problem. OK , references will be made to Working Groups and such like , but let's face it, none of them ever actually deliver solutions. Reports maybe , but not solutions that can be recognized as improvements on the ground. There'll be a measure of indignation that efforts are being made, and not appreciated, but with little firm intent being the basis of the effort in the first place what can be expected!!!  The whole issue revolves around intent of which, I believe, there is none and absolutely no intention either to alter the situation. The shooting industry, in the form of the Establishment where the majority of landholdings reside, has determined that it shall operate to its own desires, that raptors are an ever present nuisance and should be eliminated where possible and that criticism should simply be shrugged off.  Let's not fool ourselves, the rapid reduction of our Hen Harrier wintering population two or three years ago was a collective effort arising out of an agreed strategy constructed within some distant drawing room and communicated widely at a personal level. No reports with recommendations here!! The reported use of rifles fitted with infra red devices allowing roosting birds to be shot at night are now in vogue and are an apt illustration of the level of intent.

Additionally, the tribalism which has emerged in recent times and the public vilification of the RSPB is simply a product of this new found confidence by those who feel they should be allowed to pursue self interest in our countryside or develop its resources without regulation or scrutiny. Government policies echo such clamour, be it by allowing fracking associated with designated sites, badger culling to be extended despite evidence suggesting other more effective means or the use of neocotinids despite their use being banned in Europe.   Environment and natural heritage are not popular, mainstream parts of this Government's operation and only the most necessary aspects will be grudgingly delivered by our incumbent Secretary of State, doubtless with  accompanying portions of "home grown" cheese and chutney bought in the local farmers' market which, nowadays, appears to be the abiding preoccupation of the whole department.    Incidentally, where might we ask is Natural England nowadays?  Mention of this Government organization , which is a part of DEFRA and the Government's advisor on our natural heritage, reduces as each month goes by and one seriously wonders what its intended future might be.

So, what might we expect in the future from our Greenest Government Ever?  Precious little I suspect and the growing imperative is to ensure that no additional period of office arises which will provide a repeat canvas of opportunity for the repressive policies  becoming so evident in so many different spheres by this current Government.


Posted by John S. Armitage at 2:23 AM
Email ThisBlogThis!Share to TwitterShare to FacebookShare to Pinterest