What goes round, comes round !! 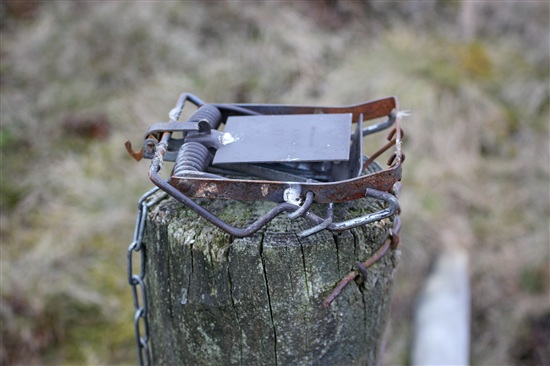 In an extraordinary twist to the story the Moorland Association put out a release today that the gamekeeper involved in the setting up of poletraps on the Mossdale Estate, which actions were caught on camera by the RSPB, had resigned his appointment with the estate concerned.

Furthermore they revealed that the Mossdale Estate, owned by the Van Cutsem family, had  resigned its membership of the Moorland Association. Whilst I suspect we shall never know the real background "ingredients" to either of these aspects, the revelations are quite telling in themselves. The gamekeeper may have been sacked, a situation I suspect we shall gain confirmation on in due course. Undoubtedly he brought a focus of attention on the Estate that would certainly not have been to its choosing. Whether or not he himself was a member of the National Association of Gamekeepers and, if so, what their reaction might be requires more inquiries.  As importantly, whether he will gain similar employment on another Estate is also of interest.

The situation with the Moorland Association is intriguing to say the least.  Having being a participant in the compilation of the DEFRA ill fated Hen Harrier Action Plan are they finally beginning to feel exposed by the
actions taking place in the grouse shooting industry by estates where persecution is proven to occur ?  Are they feeling let down by their peers or are they commencing to exert peer pressure themselves on those who are letting the side down ?  We shall never know I suspect until a similar incident occurs and we can monitor what happens in the aftermath. Given their lukewarm  " support"  for recent events , i.e. the actions by the National Trust in the early termination of a shooting lease in the Peak Park,  I somehow doubt this current event has been entirely of their own making, but we'll see.  It would be nice to believe that they had made an approach to the Estate owner concerned and suggested that continuing membership of the Association was untenable. But, at the end of the day, from any Estate owners viewpoint, does membership really confer any absolute benefits?  I doubt it ! The converse is possibly the more important whereby the membership of the Moorland Association by estates where persecution has been proven to take place brings into doubt the credibility of the organization and its ability to be involved or included in initiatives that might affect its members ( and past members of course ! ).

The whole story may yet have a few furlongs to run!!!  The review by the Police on why the gamekeeper involved was simply given a caution, and not prosecuted, has yet to make its appearance. Its eventual details will no doubt bring renewed focus on the incident and provoke further comments and inquiries.
Posted by John S. Armitage at 4:46 PM
Email ThisBlogThis!Share to TwitterShare to FacebookShare to Pinterest