We'd decided in advance to have a full day of the Akrotiri Peninsula, so it was off to the Tower Hide at the Akrotiri Reserve overlooking the full expanse of the main reed bed. 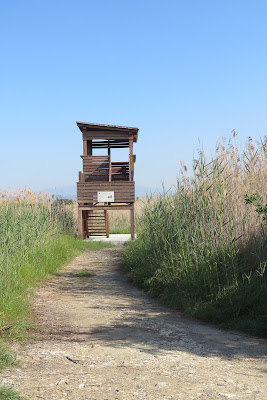 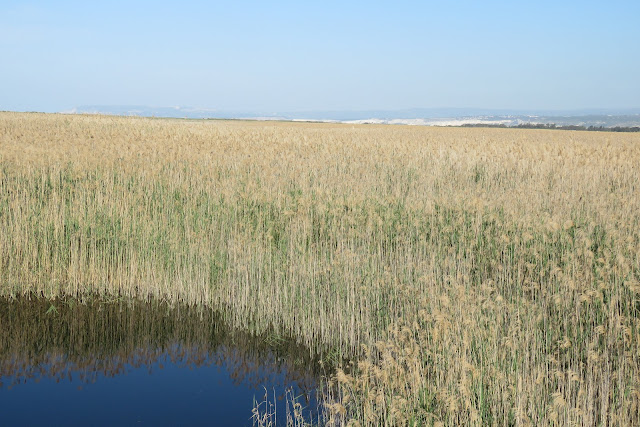 Other than a Marsh Harrier we had virtually nothing until I located a Black Francolin male on the very edge of the reed bed chasing a female. Both showed their patterns and colours off well as the male enthusiastically circled the female bird with his wings half open, which reminded me of Black Grouse males in display.

We went down to the next hide and, again , had very little until a male and female Little Crake  chased around in front of us. Shortly afterwards a single Glossy Ibis flew in and commenced to feed immediately in front of us , showing off its iridescence and plumage colours to good effect. 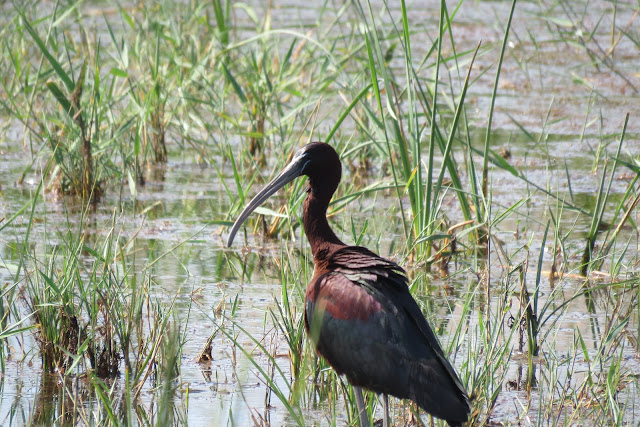 As we'd not been to Bishop's Pool for several days we thought it wise to call in.  The female Teal was still present and 19 Night Heron's were new.These latter cascaded out of a waterside tree and proceeded to twirl about in formation for 10 minutes , providing wonderful views and admirable aerobatics !

Back to Rabbit Farm Pools where wader numbers appeared to have reduced significantly. Two marsh Sandpiper were still present as well as a few Wood Sandpiper and Common Sandpiper. Information from a visiting fellow birder abot terns and waders sent us off to Lady's Mile pools where we soon found a good flock of Little Stints and numbers of Ringed and Kentish Plover. Unfortunately we couldn't locate the terns.  What was in store for us was far better  !  A party of five Pallas's Gulls had dropped in, one of which showed the classic black head, and all provided reasonable views despite the heat haze. Sadly they were off after a few minutes as quickly as they'd arrived so our careful stalking and telescope preparations came to naught !!

And that was today ! At the hotel the Friday night dancers and entertainers delighted everyone and the lead male dancer managed to balance 15/16 glasses on his head whilst gliding around the floor. Impressive......I'll try and get a picture next week !!
Posted by John S. Armitage at 7:32 PM
Email ThisBlogThis!Share to TwitterShare to FacebookShare to Pinterest