The day was fine and provided yet more great conditions for birding. How long can this go on for?  It is April and it is the Highlands!

Basically I repeated visits to many of the areas I'd been to previously. Apart from calls heard in woods near to Boat of Garten I never connected with Scottish Crossbill despite trying, although it's not the best time of year I guess. Neither did I  "connect"  with Crested Tit or Capercaillie ( more of which shortly ). Crested Tits move high into conifers at this time and seeing them is a combination of hearing their trilling call to begin with and then actually seeing then afterwards. However, my week had been varied and productive so no grumbles.

Capercaillie viewing is again beginning to be a bit of a test. Last week had efforts at Loch Garten frustrated due to lingering early morning mist. Several days since have seen no birds recorded at all ( don't mention it please ! ) Gossip suggests the RSPB is more than a little concerned by this developing situation and has called in expert opinion to try and pin down the cause. Basically it's thought the area viewed from the Garten hide is getting too overgrown as saplings develop. Neither birds not viewers of birds can see each other.  Does this suggest the lek is being abandoned? Time will tell, but the situation poses both a conservation and facility provision problem. What we don't need is for the latter to "collapse" and a reversion to old habits emerge which saw people bashing through suitable habitats trying to disturb birds.  At the moment patience is the game  ( could it be the season is a little late too? ).

And talking of facility provision  here is the latest venture on offer.  At the far side of the initial car park and ski lift up Cairngorm a new "structure" has emerged. 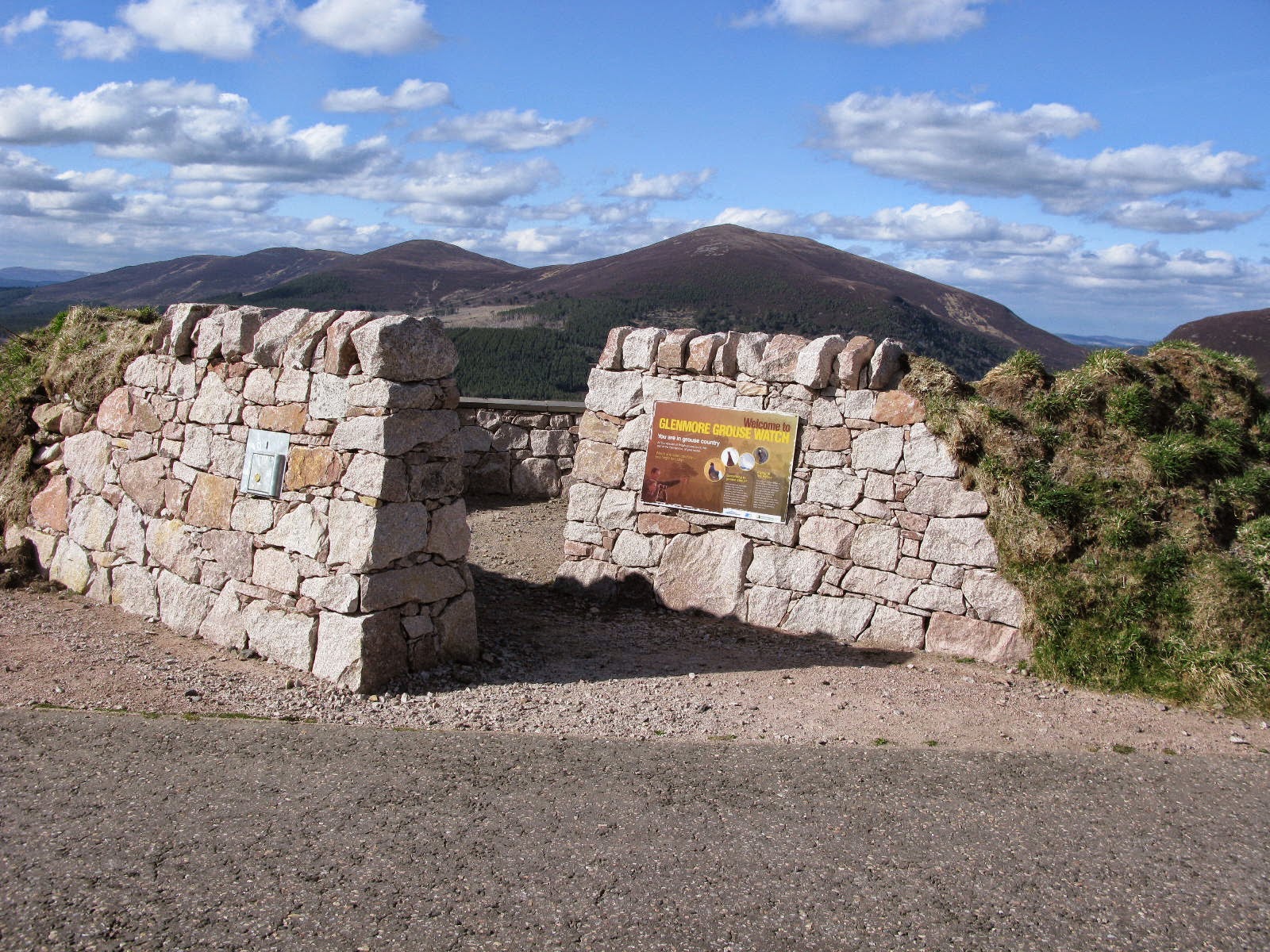 For me this would be a prime entry for an OTT competition, but there you go . I suppose it needs to be robust in order to withstand the weather conditions, but why something so elaborate?  Many people have known for a long time that a Black Grouse lek could  be seen from the car park and leisurely viewing ( not always successfully ) could be had from the car.  Forestry Commission, Cairngorms National Park Authority and the RSPB have determined that a "facility" is needed with a staff member from the latter present within the appropriate part of the year to provide guidance. A web site I was informed about had a suggestion that a five pound donation was an appropriate contribution for the service.  I think many people's response to this  ( not just that from a Yorkshireman ! ) would be " What ". 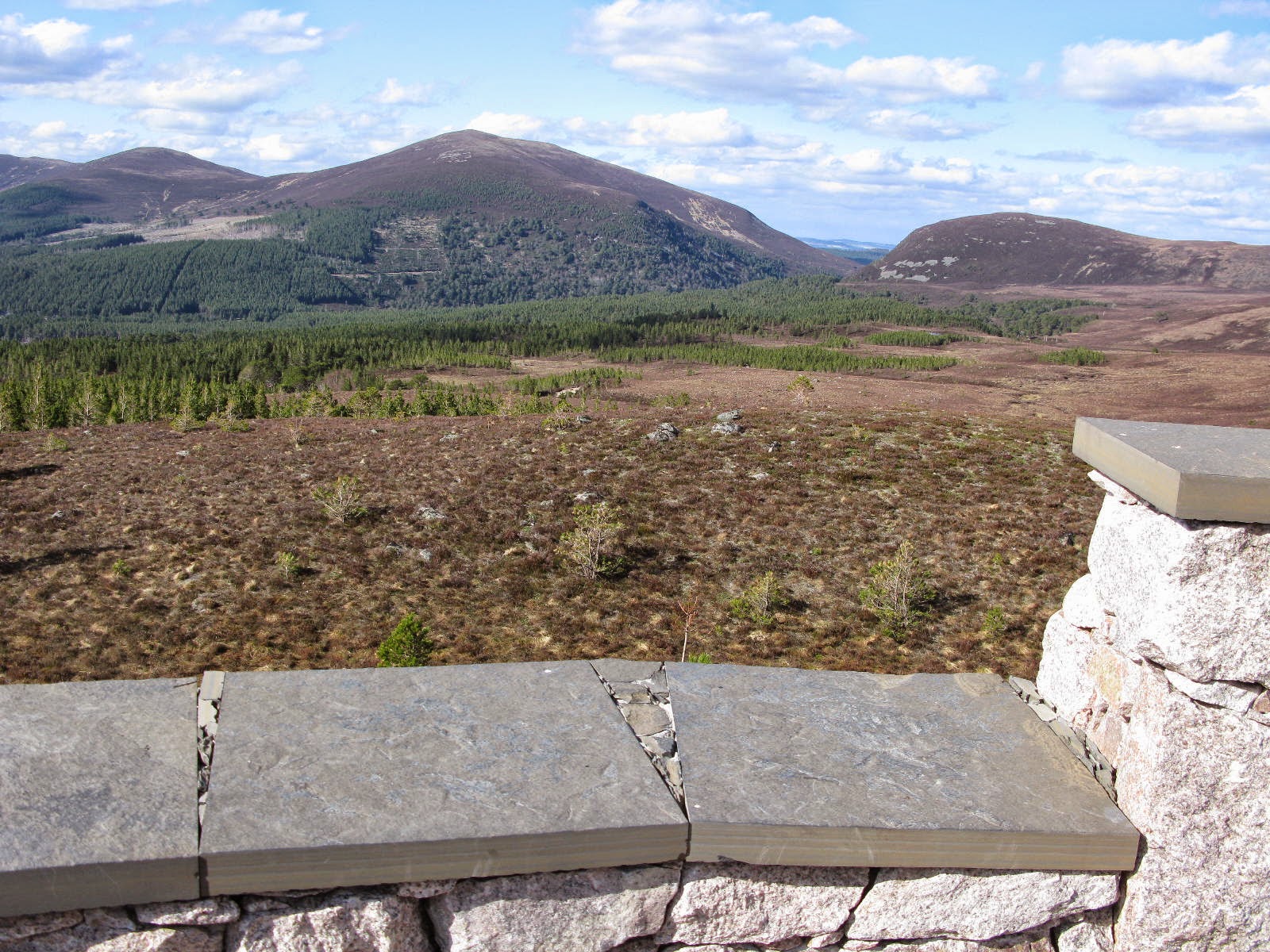 I suspect, as time goes by , that the same problem currently being experienced at Garten might also be the order of the day here too if a careful look is taken at the area.. Feedback suggests the grouse are being a little shy at present and no more than two are putting in an appearance !

After a bracing walk in the morning I spent the late afternoon on Cairngorm and around Loch Morlich. Before departing the main car park on Cairngorm it was nice to see a good selection of Reindeer on show. Now I suspect these had "escaped" as they were grazing amongst the cars on the lower car park at one point until their herders ushered them across the moor and through a fence gate that was then securely fastened. Nice to see them nonetheless and their controlled progress across the open hill generated images of herding scenes redolent of Swedish Lapland!! 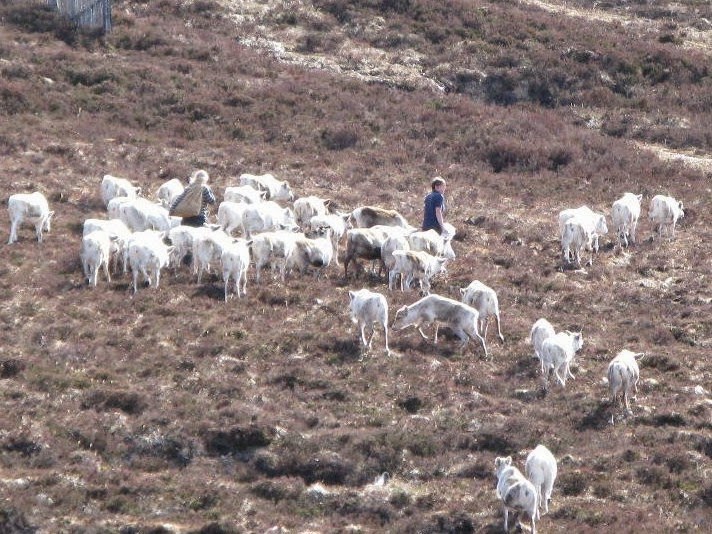 Posted by John S. Armitage at 4:41 PM
Email ThisBlogThis!Share to TwitterShare to FacebookShare to Pinterest