YWT's proposed Visitor Centre at Spurn, a "white elephant" in the making ?

An examination of the Blogs I wrote on this site on the 17th January and 26th January, 2015 will provide the reasons why, even as someone located many, many miles away from Yorkshire at present, I continue to petition against the proposed new Visitor Centre at Spurn.  Please read them and gain an insight into this seemingly senseless initiative. 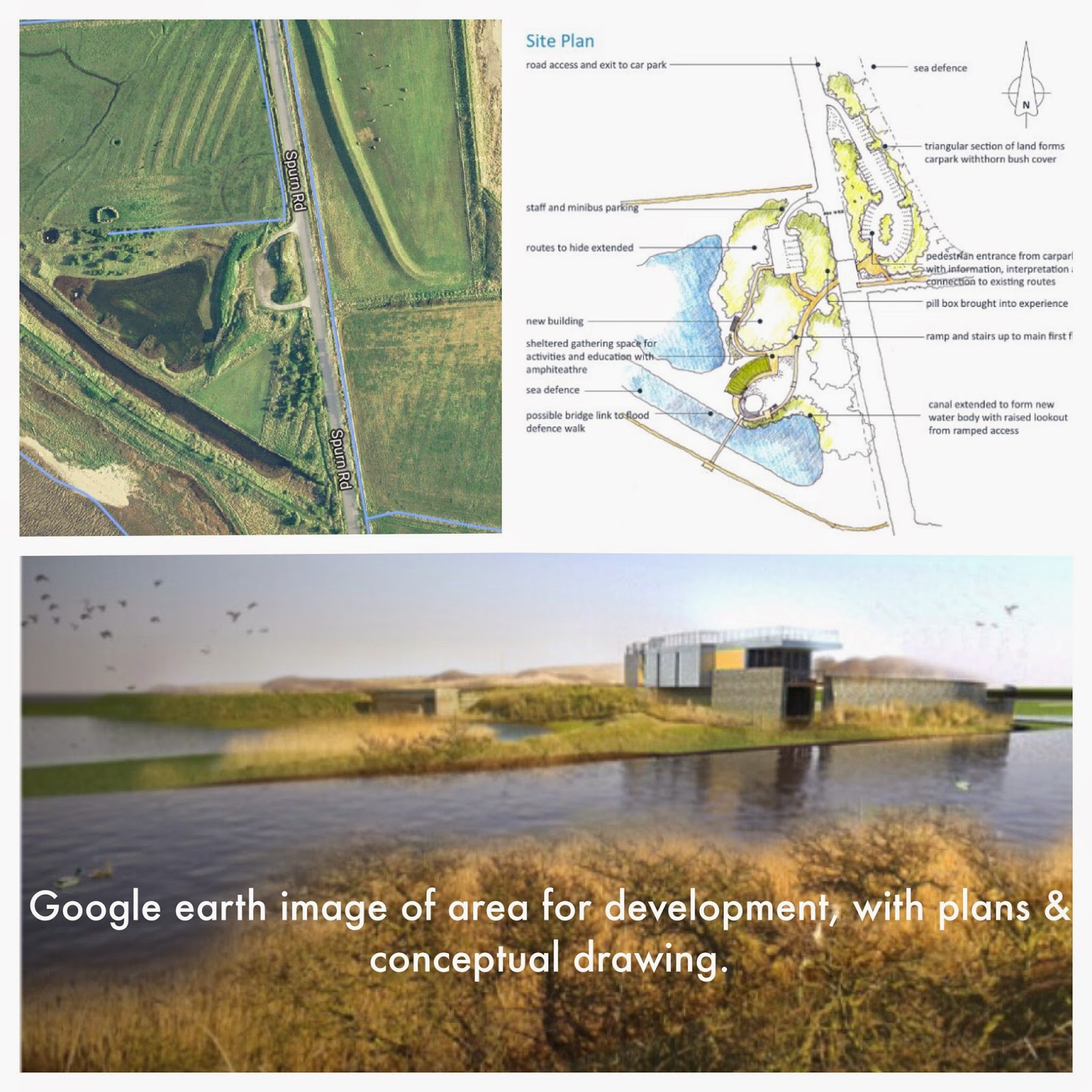 Whilst there is no collective, single group opposing the plans there are very many who believe it to be the product of flawed and incompetent thinking.  Were it not for the convenience of a potentially willing sponsor ( Eon ) who, through its East Yorkshire Community Fund, is offering local communities " compensation" for the disruption and intrusion of future turbines in the wider area the Visitor Centre would probably still be a pipe dream. As it is the local community at Kilnsea are opposed to the idea!!!

Now, why all this fuss?  Many people, me included, feel this proposed Centre is unnecessary and a potential "white elephant". Such opposition is just not from birders but from a much wider spectrum.  The Blue Bell ( owned by YWT ) could be a more  realistic and convenient focus of the YWT's operation at Spurn, as was the original intention when they received financial support to develop it previously. I have personally set out in a previous Blog what I feel might comprise a more modest, but more far reaching facility provision that provides for the needs of people visiting the Spurn area.  Whilst other opinions prevail all are united in their opposition to the need for a new additional Visitor Centre.

There appears to be no change to the YWT's intention which, therefore, allows us to examine the situation objectively. It has to be said that some claims by them of who has been consulted and who is "on board" with the proposal have not borne up to scrutiny and much is left to be desired as far as the consultation process is concerned. I believe the YWT have interpreted the potential opportunities associated with the site wrongly and that their position is wildly optimistic at best.  Few people visit Spurn between October to March inclusive and one imagines any Centre would be hard pushed to cover its running costs. In my view insufficient time has elapsed since the peninsula was breached to calculate what a realistic footfall might be. With public knowledge of the breach being widespread the likely level of incidental  visitor traffic, on which such enterprises rely, is hardly likely to increase. After the current process it has to be said that the patronage from birders is more than likely to reduce unless some improvement occurs to what appears to be a badly handled PR situation!

So do we want an under-performing built edifice that is closed most of the year and achieves precious little for conservation in the process?  In view of the basis upon which Eon's compensation is being paid to East Yorkshire communities, i.e. visual intrusion, one might imagine they should be thinking of the good sense upon which their involvement is based and to precisely what they are appending their name and finances.

So what should be done?

There are several aspects to be considered, but I would urge all UK readers to consider the following:


I will issue an updated summary of the situation on this site from time to time so please keep in touch. Thank you.

Now you may think the above is a bit direct and "activist".  Please bear in mind the local community at Kilnsea is small compared to birders and visitors to Spurn. It is essential that a wider spectrum of opinion is heard within the debate than will and can arise from locals. At the end of the day a balanced view needs to prevail and to include those who have visited and enjoyed Spurn over the years.  And if you think the above in any way involves the opportunity to indulge in YWT "bashing",  you are wrong. This week saw them announce they are to upgrade the Visitor Centre at the Potteric Carr Reserve near Doncaster , an initiative that I would wholeheartedly support. My concerns about the Spurn proposal are seminal, as I sincerely believe they have got the situation terribly wrong and that it needs drastic amendment. Please help !  Thank you.
Posted by John S. Armitage at 11:04 AM
Email ThisBlogThis!Share to TwitterShare to FacebookShare to Pinterest