A slow traverse of the north coast calling in at all the celebrated spots en route! The wind had dropped to some extent but it was still cold.

At Brancaster Staithe harbour a few duck (Shelduck and Teal ) and waders were in evidence; Oystercatcher, Turnstone, Dunlin,  Redshank, Curlew and Black-tailed Godwit. 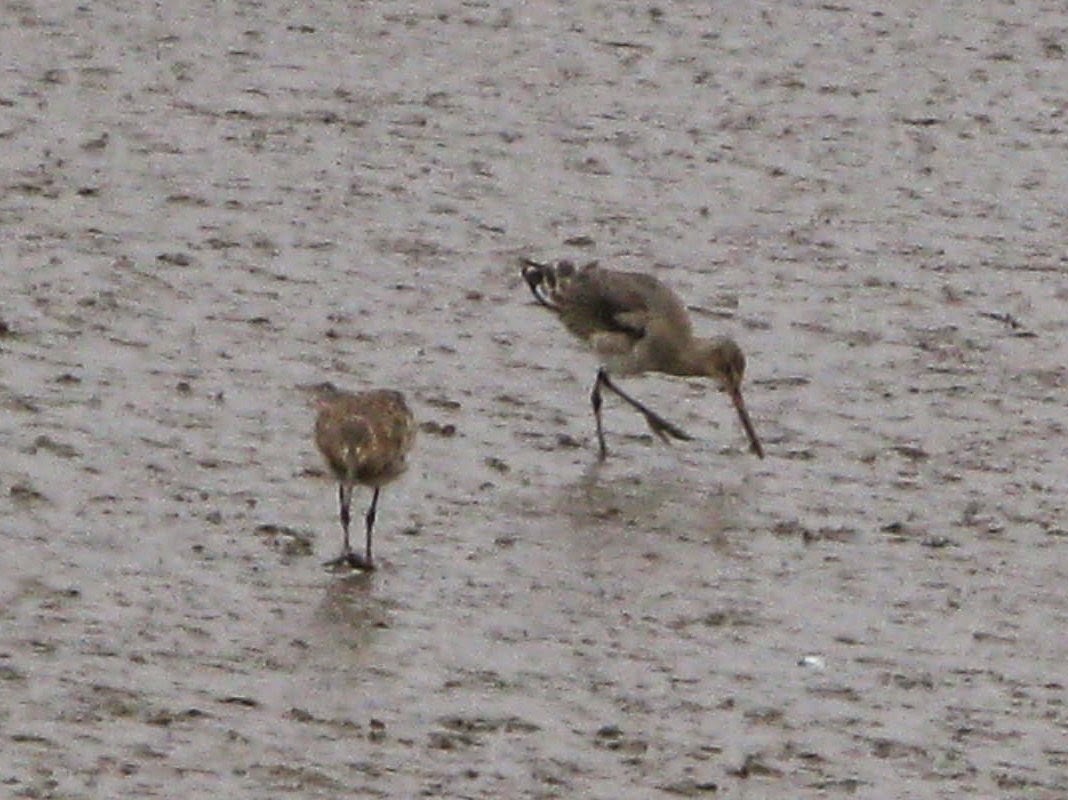 On to Choseley Barns, but as a celebrated site to look for finches and buntings, the value appears to be a thing of the past as the boundary hedgerow which provided cover has been grubbed out and the site generally"sanitized".  Apparently there had been some disagreements arising with the above being the consequent effect. I moved down the road a little and parked overlooking a long hedge and a wide expanse of agricultural land. Woodpigeon, Curlew, Red-legged Partridge, Pheasant and Skylarks were present and a finch flock eventually appeared. Of the 30+ birds involved most were Yellowhammers with the rest being Chaffinches.

Moved on to Thornham Harbour but, despite a patient wait, nothing was around. Rather disappointing so I went through to Hunstaton to get a few personal "errands" sorted out. By now it was mid-afternoon so I called in at Titchwell on the way back eastwards.  Cetti's Warbler calling as was a Water Rail, some nice Grey Plover on view and a Bullfinch was all that was noteworthy. Not a terribly inspiring day in the end!.

Posted by John S. Armitage at 1:44 PM
Email ThisBlogThis!Share to TwitterShare to FacebookShare to Pinterest