Yesterday, Sunday 29th, I spent virtually all day at Lynford Arboretum. I don't know the site at all well and so had a good explore around the place. It's famed , of course, for its Hawfinch sightings ( of which more later ! ), but there's much more to enjoy. Birds include Firecrest, Marsh Tit and Crossbill and many more given the wide variety of habitats. 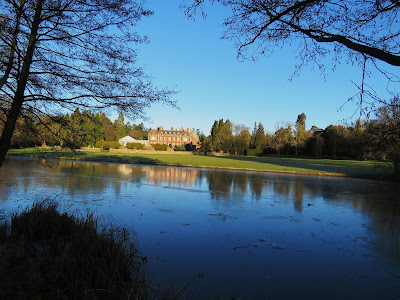 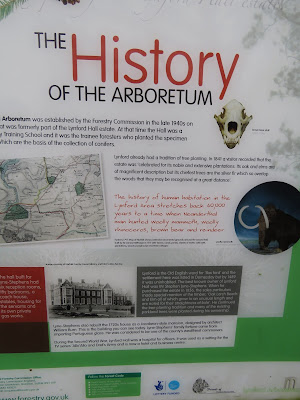 As with many places in the Brecks there's a fascinating history associated with the place and the wide open spaces can be enjoyed by all, as yesterday testified,with dog walkers, joggers, horseriders and photographers out in abundance due to the nice weather ( at least in the morning ). 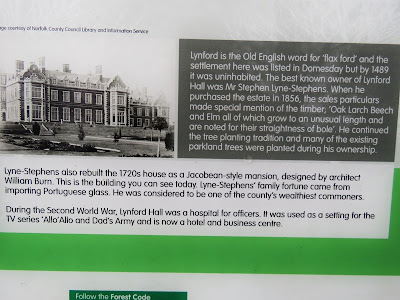 I'd gone there from early morning until late afternoon in order totry and see Hawfinch. I didn't , but I gained a lot of advice and saw a good array of the other species on offer including Crossbill, lots of Siskin, which were also in good voice, some fine Brambling, and also Water Vole and Muntjac.  The weather turned completely in the late afternoon when rain moved in for a time. I resolved to come back again in the morning ( today! ) and try and catch the Hawfinch before they dispersed..


I've often thought that the Hawfinches roost in or nearby to "The Paddock" area and then disperse out to feeding areas. With this in mind I was there at first light and, following a worrying few minutes when nothing was in evidence, was rewarded with a single bird appearing as if by magic and perching atop a tree giving first class views.  Nine other birds then emerged and were in view before they all flew off, but in two differing directions.  It was great to get flight views and calls as they went away.  By sheer coincidence I then met with some people at Buckenham Marshes who advised that they never visit before the afternoon or towards roost time ! I guess many disappointed visitors simply get there a little too late !

And so, as you can guess, I moved off early and went across eastwards to Strumpshaw and Buckenham Marshes. 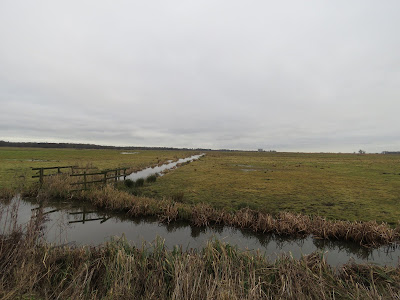 The "extent" that is Buckenham Marshes looking towards Cantley.

As ever Wigeon and Teal were in abundance and plagued periodically by a marauding Peregrine !  Mallard, Shoveler, Shelduck, Canada Goose, Grey lag Goose , Pink footed Goose and White-fronted Goose were all in evidence plus Water Pipit and Stonechat,  but sadly no Bean Geese of which six of the wintering flock remain. Unfortunately little men in orange vests working on the railway line close to their favourite "corner" had possibly moved them on for the day !

The day's finale involved moving on to the Norfolk Trust's Hickling Reserve for the harrier roost.  Contrasted against what has seen over 80 Marsh Harriers attend this roost the showing was modest by comparison with my count being of only 26 birds. Nonetheless it was exciting as ever to see them arriving  and then quickly disappearing into roost within the reeds and rough vegetation. Two Hen Harriers were also a part of the spectacle with an extremely pale male bird arriving from the south and a ring tail moving in very swiftly a little later.  A Tawny Owl provided some  very early calls to end the day well previous to around 25 Common Cranes coming into roost at the very fall of darkness.  Not a bad day at all and I even got a glimpse of a Chinese Water Deer !
Posted by John S. Armitage at 10:07 PM
Email ThisBlogThis!Share to TwitterShare to FacebookShare to Pinterest