Encouraged by reports that the American Wigeon present around Clachnaharry Lock ( note the spelling ) was somewhat tame and easily viewed I called in to the area after being in town.  Late morning is not the most ideal time for some areas particularly when coupled, as on this occasion , with the tide being low in the Beauly Firth ! And so it proved ! The Clachnaharry circuit is much favoured as a  local walk, indeed, it more resembled an exercise area at Crufts as constant numbers of  our canine friends were given their morning constitutional around its boundary. 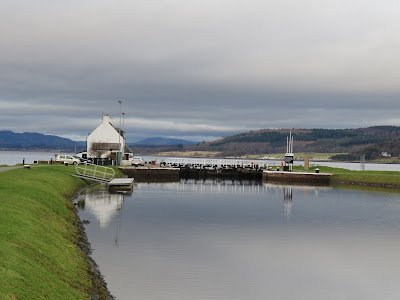 Clachnaharry Lock is at the end of the Caledonian Canal and essentially effects entry into the Beauly Firth. The bird had been recorded within the lock on a regular basis and even grazed on its well maintained embankments on occasion. But not on this particular morning !   A fine male Goldeneye, and small parties of Mallard and Tufted Duck were within the basin, but that was it. 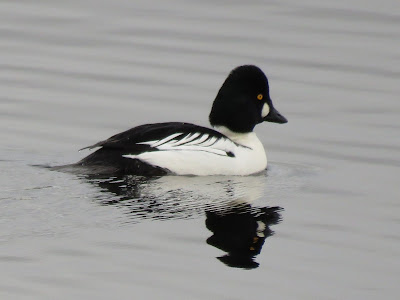 I walked the whole circuit and eventually found the bird sitting out on the open water of the Firth, which, relatively speaking,  was quite a distance away given low tide. My hopes of a picture or super close views were dashed, but that's birding!!  This is a very convenient site which juts out into the Firth, but has "enclosed" corners on each flank with exposed mud that attracts waders and gulls. Well worth a visit and, who knows, you might even see an American Wigeon !! 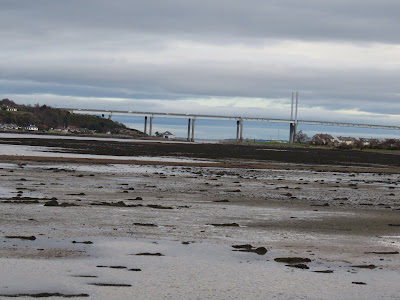 Posted by John S. Armitage at 11:43 AM
Email ThisBlogThis!Share to TwitterShare to FacebookShare to Pinterest