What's that about not counting chickens until hatched...........  Anyway, after solving a few "technical tussles" I'm now confident enough to believe that, finally, all computer systems are operational and advise that it's business  as usual!!  Thankfully, that was just in time to allow me to put out this particular entry.

To many , the name of Gordon Yates will be as synonymous with Islay as with his native Lancashire. He and his family have been visiting Islay since the 1970's and it came as no surprise when talking with him and his wife, Pauline, yesterday to learn that this is their 101st holiday visit to Islay  ( which equates to about four years "residence" by my calculations ).

I've known Gordon for a long time, in fact since the 1980's and 1990's  whilst I was running the RSPB's NW England Region. Our reasons for contact then were linked to the Merlin population in the Pennines for which we'd both a passionate interest and involvement.  But he was prominent in another context too. Gordon, who was originally in banking, set all that aside to concentrate on photographing, and then making films, about birds and other wildlife. He consistently  produced a new "annual" presentation many of which were associated with Islay.  Many of the RSPB's Members Groups in NW England Region had annual events at which such new material was presented and much the same happened with other groups across Northern England and Southern Scotland too. 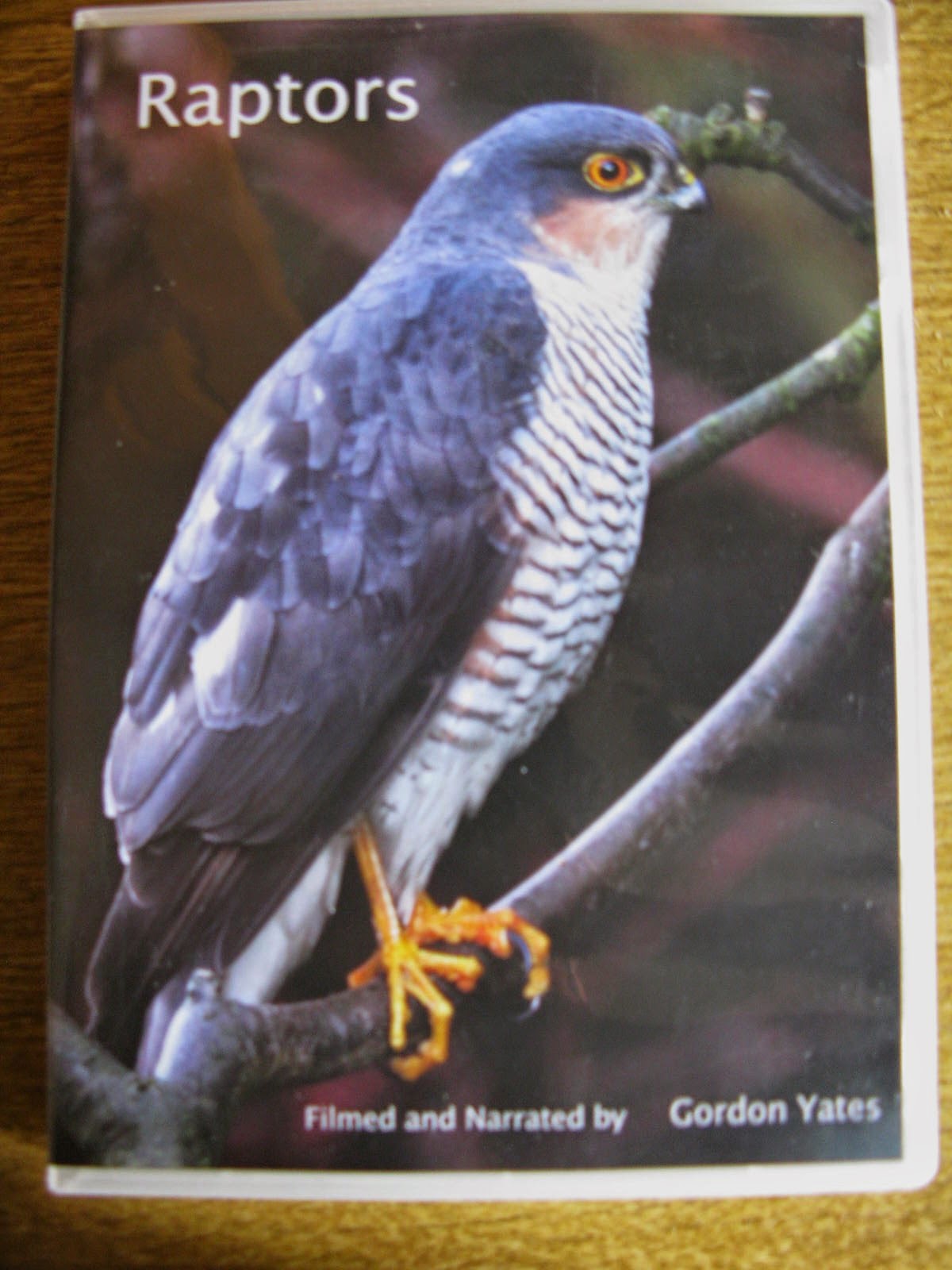 Islay's birds, particularly raptors, have been served well over the years and the island's reputation must have benefited immensely from his efforts, both from the point of view of people first enthused by his wonderful "self delivered" commentaries, which encouraged them to pay a visit for themselves, but also the many children whose horizons were extended via his visits to schools. Several  "Islay causes" have also benefited from the proceeds raised at public events held over the years, including the Islay Natural History Trust. 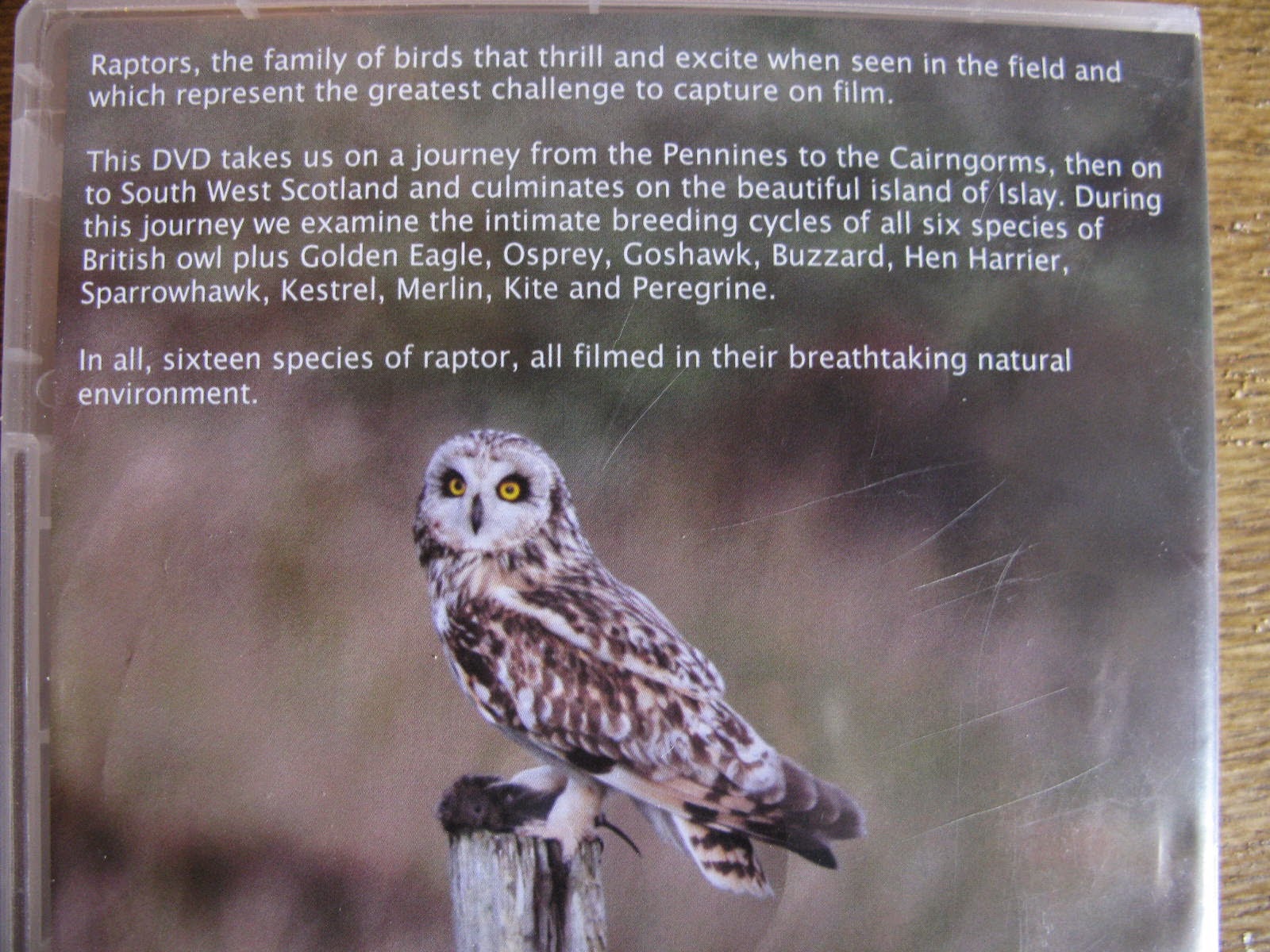 Throughout this time his wife, Pauline, has provided  the necessary support that has made all this possible. In the early years the responsibilities of a young family were seamlessly integrated into the visits and filming activities.  Compressing everything into a two/three week visit given the vagaries of Islay's weather wasn't always the easiest of tasks either!   Later, when most people might have considered easing up she commenced to train guide dogs for the blind. So, after transporting Gordon to some far flung corner of Islay, sealing him into a hide, it was then time to exercise the dogs , all of which always seemed so well behaved! This has led, over the years, to a whole succession of dogs being trained before being allocated for duty. A very familiar couple on Islay who still enjoy their regular visits at all times of year. Given the number of years over which visits have been made the sheer amount of information and recollection they can provide is mind boggling! Following each welcome visit or encounter I invariably end up with various questions I wish I'd asked but had forgotten to raise!

Setting aside details of wildlife records and images, I believe Islay owes their efforts a great vote of thanks for informing a countless number of people elsewhere about the island's birds and animals  and for providing continuing friendship to a large number of residents who always look forward to visits, me included! Over the years the films must have persuaded many people to pay their own visits to the island, generate their own wildlife experiences and make their own circle of friends in the process. Well done.

Here's recognizing your coming of age and thanks from all concerned to you both.
Posted by John S. Armitage at 11:58 AM No comments:
Email ThisBlogThis!Share to TwitterShare to FacebookShare to Pinterest

At various points previously I've commented about the weather up here on Islay, sometimes jokingly. Well, the joke's on me this time as I've just had to endure almost a fortnight of being without any computer facilities due to a rather robust little storm which happened early one morning and "fried my facilities" in the process. Not the breakfast I'd anticipated!

Oh the joys of living in a rural idyllic!!!

All necessary replacements have now arrived and I believe have been installed properly and successfully by this ageing cyberchild.   Watch this space. I've taken the opportunity to integrate both a new computer and printer into the scenario so lots of fun in store.
Posted by John S. Armitage at 11:04 AM No comments:
Email ThisBlogThis!Share to TwitterShare to FacebookShare to Pinterest
Newer Posts Older Posts Home
Subscribe to: Posts (Atom)