The news that Natural England had granted a restricted licence to shoot Common Buzzards that were deemed to be causing a problem for a Pheasant rearing enterprise came as no real surprise in many respects but I think, from the outside, the whole subject deserves a critical examination.

Now, for those who might not know, Natural England is the Government's advisory body on all things wildlife and countryside. It has certain powers and duties , one of which is to consider applications of the above sort.  But , somehow, the Natural England of today appears to operate in a different context to its predecessor bodies of yesteryear. I believe one might have been able to predict the feelings of those involved  "in previous times", and the actions which might be advocated ;  now one can seemingly predict the outcome of things  knowing that, somehow, the organization has no longer any individuality, in fact , it has simply become a conduit for Government preferences. Contrasted against the situation of the individual officers I knew and respected, both for their views and expertise, I really sympathize with those now involved and what I believe the situation to be. Doubtless the same personal commitments are in evidence , but the opportunity to exercise real influence and advise on behalf of our natural heritage appears to be a diminishing element. Mild suppression, through the absence of encouragement and support, simply breeds low morale, reduced enthusiasm and an absence of job satisfaction. Sadly, those sentiments must be endemic within Natural England at present. If the approach taken by the previous incumbent, Liz Truss, (within whose tenure the discussions associated with this case undoubtedly took place ),  is anything to go by, then the situation is at a low ebb. Hopefully it will improve. 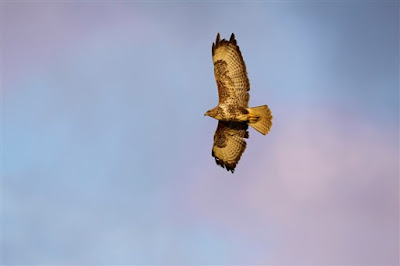 The RSPB has roundly condemned the action, see Martin Harper ( Director of Conservation, RSPB ) in his Blog of yesterday.  Click on the link below for full details.

Rather than repeat what many have said already, it seems appropriate to simply take a close look at the fundamentals involved, as there are frightening consequences which might yet emerge from what might appear to be a one-off decision. Recent years have provided ample evidence that this Tory Government has little or no empathy with things associated with the environment. The former Chancellor saw the countryside as something little more than a resource to be exploited for financial gain, as opposed to something which harboured a resource we should be taking pains to take care of, namely our natural heritage.  I've no reason to doubt the same attitudes will prevail, particularly as no effective political opposition is in evidence.

The current case basically involves permission being given to kill birds which are claimed to be affecting a commercial enterprise involved in raising other species of birds, which are then shot by people who have paid money for the privilege.   The latter ( Pheasants ) are released in their millions each year, undoubtedly do untold damage to the ecology of the countryside and mere observation of roadkills suggests far more are likely to meet their end in that fashion than being preyed upon by Common Buzzards.  No, it is the biased protection of commercial interests which is the anomaly in all this and the frightening precedent this creates. We've all seen the predictable responses of the NFU to any initiatives which cut across the potential maximisation of profits of their members. And we've all read at times about the proposed "solutions" for perceived " problems" in the countryside ranging from Muntjac, Beavers, Wild Boar, White-tailed Eagles, Mountain Hares, Barnacle Geese such that , if they pose a threat, shoot em !! All such must be opposed , which is a task we must take on as the electorate given the perceived diminished status ( and funding )  of Natural England.

I suspect that Natural England is simply doing the bidding of its masters and independent action is at an absolute premium, however rational it might be. Solutions have to reflect the opportunities for "the big dollar" come what may and the body who is in place to rightfully defend our natural heritage is hogtied. I suspect the objectives within the corporate management manual of our current Natural England probably bear little resemblance to those of predecessor versions. In addition to the spotlight being placed currently on grouse shooting ( may we have a licence the Hen Harriers are killing our Red Grouse ?....think about it ! )  we all need to become more active in ensuring the self serving policies of Government  on behalf of vested interests are called into account.
Posted by John S. Armitage at 10:01 AM
Email ThisBlogThis!Share to TwitterShare to FacebookShare to Pinterest