A phenomenal insight into bird migration.

On the 21st June this year I wrote a piece on the Blog entitled, "Bird migrants and large cities". It followed a visit to New York, a "baptism in birds" using Central Park and an awe inspiring visit to the upper gallery of the Rockefeller Building at dusk watching darkness descend, but dominated still by the lights of the city. As you might imagine migrating birds are attracted to such conditions and moves are now afoot to minimize any adverse effects or confusion the plethora of lights emanating from New York's famous skyline causes.

We also visited the Twin Towers Memorial site. In all the usual ways I found this upsetting. Simply looking up at the surrounding majestic buildings and considering such magnificence and engineering excellence could be destroyed by prejudice and hatred is not a very comforting emotion. Coupled with this is the realization that so many who lost their lives were members of fire crews and police precincts who were attempting to save people, all of whose names are inscribed on the monument. 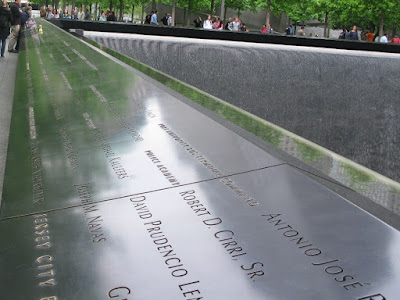 Couple all this with some details my son has directed me to and the theme of migration, remembrance, light and big cities intertwines even further.  Many of you will know of the Tribute in Light Memorial event held in New York each 11th September. See the link here for some awesome photographs  of the occasion and background details Tribute in Light Memorial. The ultra impressive twin blue beams are shone skywards from dusk until dawn on the night of September 11th each year and have done so following the first remembrance event on the 11th March,2002, six months after the appalling tragedy.

Now enter the supporting cast, at least this year!!  You first of all need to know that The Cornell Lab of Ornithology  run a web site, BirdCast, that provides details of what is happening in terms of the volume of bird migration over given periods of time. 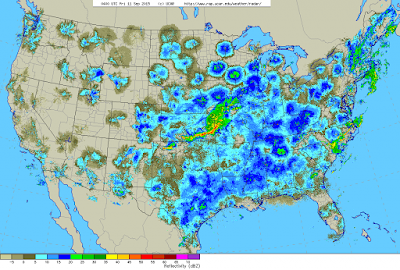 Impressive eh?   Now take a look at the website itself and access some of the information, which I suspect you'll find fascinating. Just click on this link,  Cornell Lab of Ornithology.  Incidentally the organizers of the Tribute event turn off the lights if it appears they will be causing a problem with migrating birds, which I find quite humbling in a way. But to really appreciate the significance of what migration in action can comprise and the effects the bright lights of our cities have on birds on the move, take a look at this  as it's absolutely mind boggling!  And don't forget to read the accompanying factual material too ....  Click on this link
Migration in action
Posted by John S. Armitage at 11:29 AM
Email ThisBlogThis!Share to TwitterShare to FacebookShare to Pinterest