Went directly out eastwards to Weybourne and parked in the official car park at the coast.  Walked eastwards along the cliff past the cottages and out beyond based on the instructions based on field types, bales and such like!!  Several small groups of birders were strung out along the coast scanning what would amount to a rather large area. As such  "the quarry" couldn't be present in each of the locations being scrutinized so I opted to start at the first group and check what had been seen.  For once my luck was in as the Lapland Buntings which had been present over the past few days had been seen in the field opposite within the last few minutes. Not just that but the young Iceland Gull had been in the area too. As it was that was the first to "fall" as amidst several other gulls in a tilled field beyond the most immediate one the Iceland Gull stood out prominently. After gaining a good view of that a good scan of the closest field showed at least four, possibly six, Lapland Buntings to be present. One showed an appreciable amount of darkening around the head which gave a distinct background for its eyestripe.  Not bad for the first few hours of the day!  What the remaining birders strung out to the east had actually been looking at I should never know as I realised my parking fee was running out and that I'd have to get back to the car,which I managed just as a Council employee arrived.

On to Kelling Heath again in bright sunlight but with the wind still retaining a cutting edge.  Meeting up with some people who had been at Weybourne we all commenced to walk around areas of the heath on both sides of the road. It couldn't be said that birdlife was prolific but a couple of Linnets sang, the odd Woodpigeon was in evidence and a couple of Long tailed Tit  were seen. Then a Dartford Warbler called, was seen to cross to another patch of gorse followed by a female, indulged in a display flight and then sang atop some gorse yet again. Tremendous!!  Later, a local showed us several Adders basking in a sheltered dell and , then, on the way back, I discovered that my new-found colleagues had known a good friend of mine who hailed from Ashford in Kent  ( Geoff Rivers ). Unbelievably the father within the trio had remembered me from the funeral, who I'd sat next to and that we'd been introduced by a mutual contact, Richard Bailey. Within this maelstrom of recollection I both rudely and stupidly forgot to ask their names ( for which I apologise ). If you ever get to reading this please drop me a comment with your details!

On to Salthouse with little that was new being discovered other than a nice "White Wagtail".  I decided to opt for somewhere a little sheltered and so drove through to Holkham Hall grounds. Mid afternoon was hardly the best time to visit the area but it was quiet and pleasant, more sheltered although the birds were few. 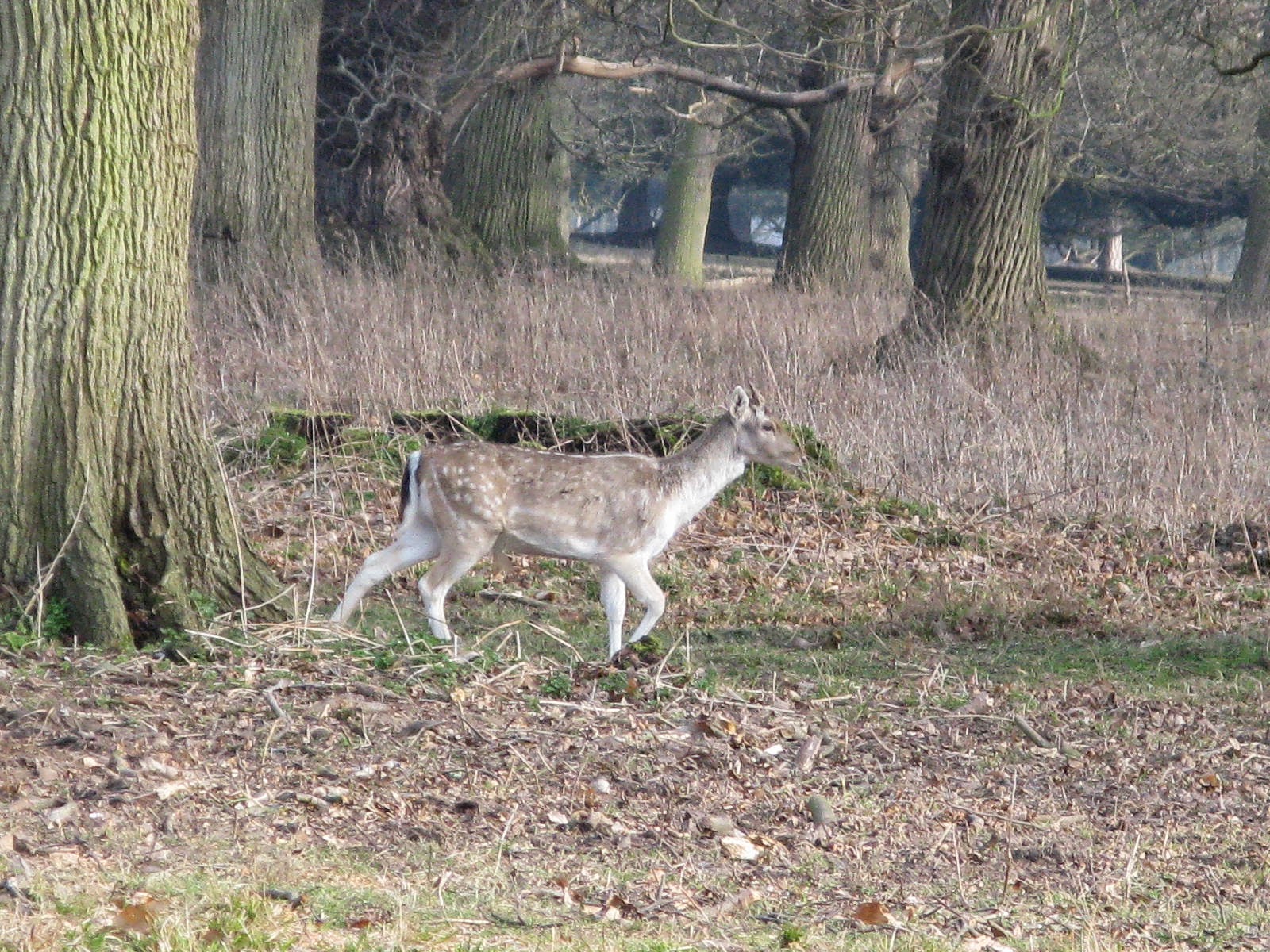 The Fallow Deer were all basking in a sheltered spot at the edge of the woodland until this one suddenly emerged from behind a nearby tree. I continued through the woodlands to the lake's edge and had views of several Egyptian Geese. Some were paired and various skirmishes erupted whilst I was there. I returned slowly back through the woodland. A couple of Mistle Thrush were in song, and Nuthatch and Goldcrest were heard. 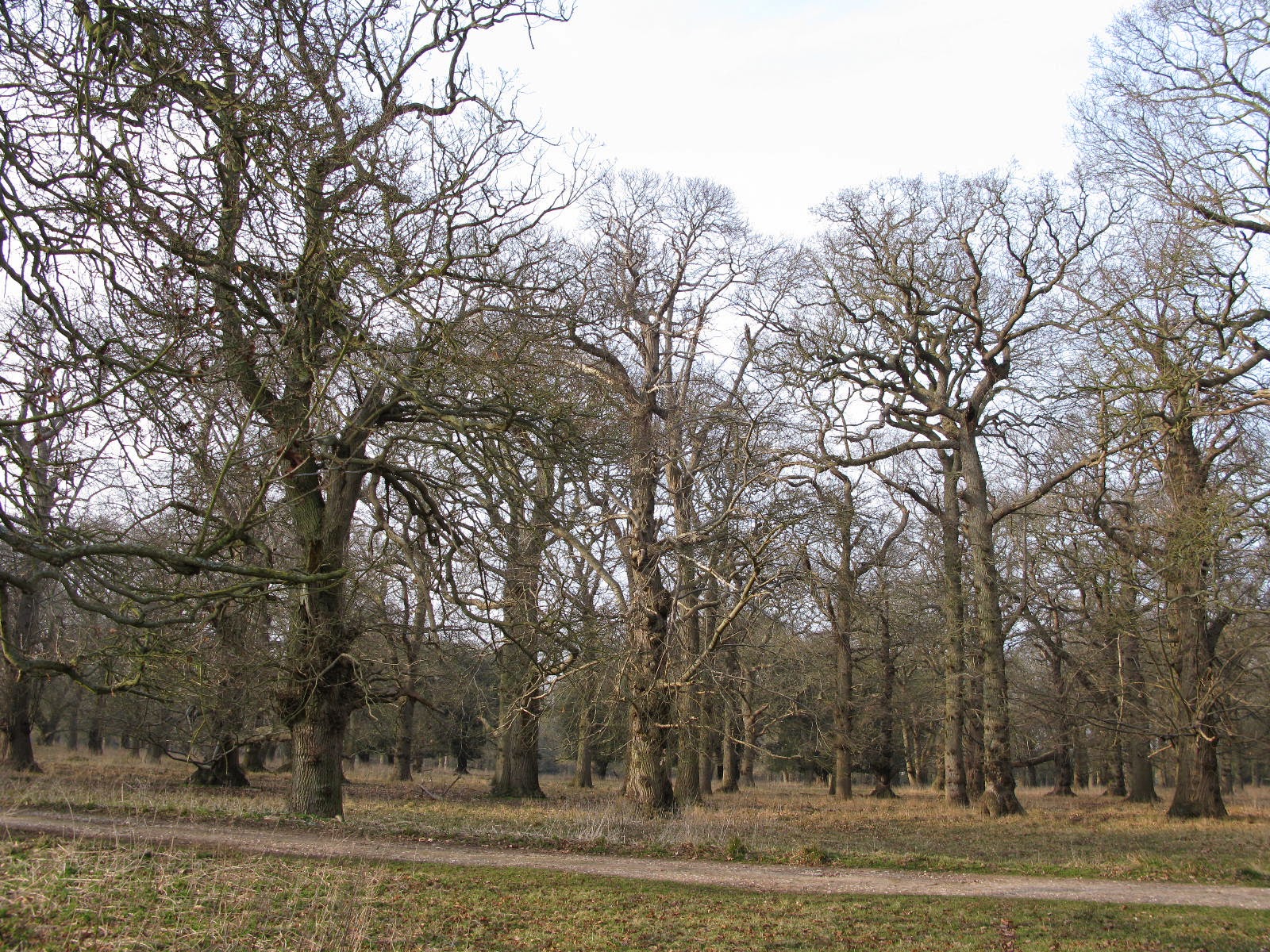 Always a tranquil place to be within, today produced precious little in many respects, but was no less enjoyable for all that. I suspect that, from time to time, I simply like being within the "embrace" of mature deciduous woodland given its virtual absence at home and today certainly produced the goods.

By now it was late afternoon so I parked up at Stiffkey and resolved to count the Little Egrets that appeared to move past there eastwards into roost. Between 1600 hours and 1830 hours I had 57  fly past to their roost somewhere east of Stiffkey itself. This number , coupled with any birds flying in from the east, and those associated with other roosts along the coast give some indication of what the population must now be!!
Posted by John S. Armitage at 3:09 PM
Email ThisBlogThis!Share to TwitterShare to FacebookShare to Pinterest