With recent reports of White-billed Divers still showing well off the north Moray coast the opportunity was too good to miss so I devoted the whole day to an exploratory visit of the area. I'd never been specifically to that area so it was exciting to discover new spots in the process.

The day was absolutely magnificent, which added value to the process. I went via Lochindorb so that I could add Black-throated Diver to what was potentially a great day to remember. 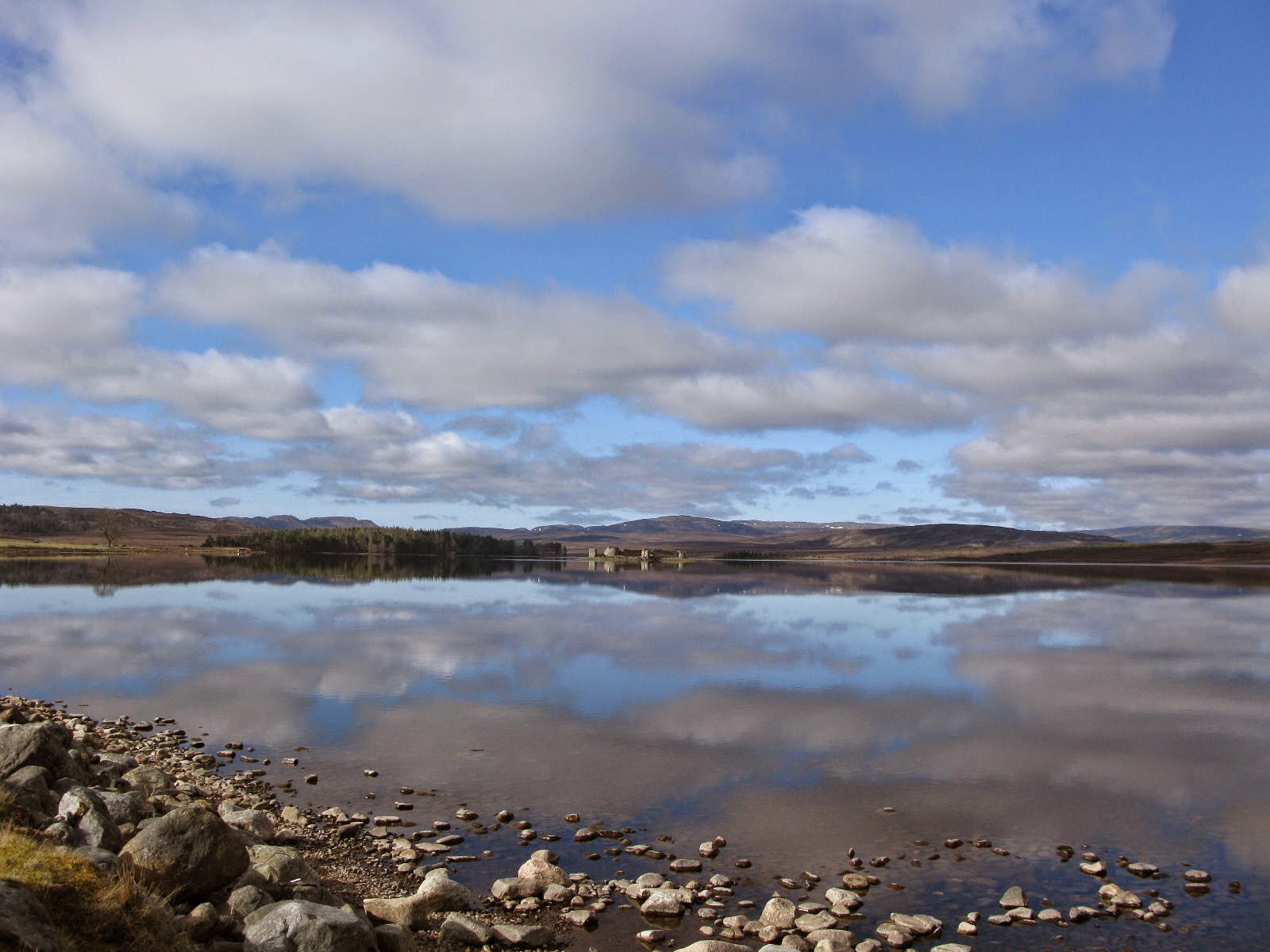 Common Sandpipers called nearby as I watched two adult Black-throated Divers lazily move around the loch. These are probably the most recorded pair of Black-throats in many respects and bring a huge amount of pleasure to many birders over the summer season.  Ospreys often fish at Lochindorb too so the area can provide some great sightings. Such was the case today although I missed out on the Rough-legged Buzzard which is still hanging around.  Making my way north eastwards I passed a Common Gull colony on the open moor nearby. 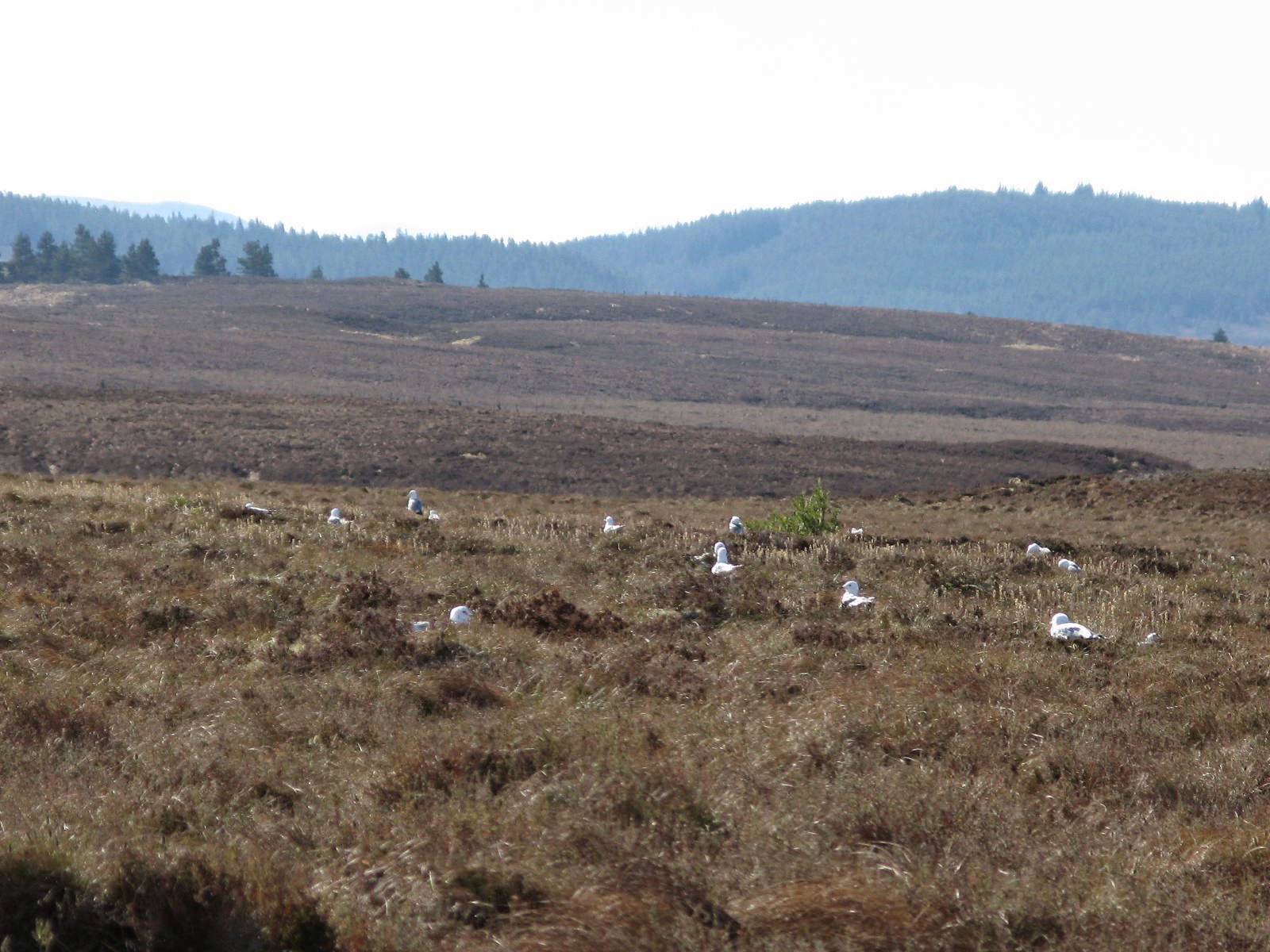 Whilst parked up looking at the gulls a male Red Grouse called and paraded nearby showing off his white legs to good effect. 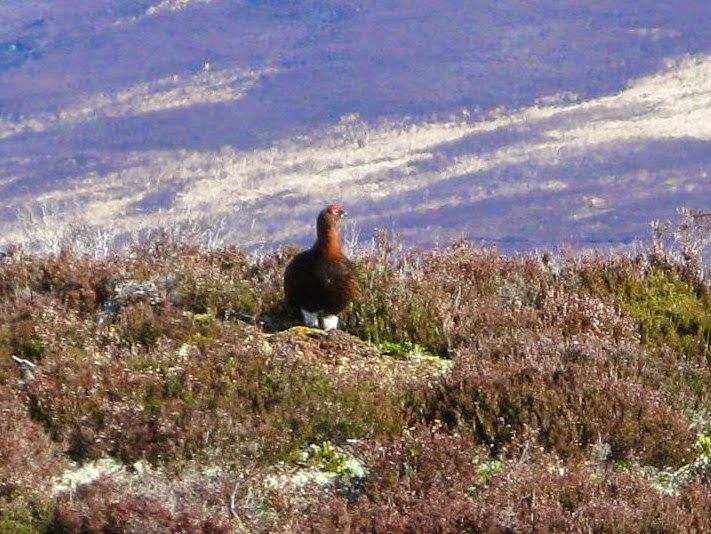 But it was time to move on through a landscape I'd not explored before. I was pleasantly surprised at the amount of woodland along the route and idly debated how many crossbills might hide away in the many seemingly suitable blocks which I passed.  Soon I was approaching my target area, Portsoy village. This has only just emerged in the last three seasons or so as a regular place where White-billed Divers can be seen in Spring. Loch Gruinard and off the Isle of Lewis had traditionally been favourite areas but this new contender now apperas to be "the "spot at which to get good views. A local boat trip is also available and some remarkable photographs have merged of birds almost within touching distance!!

Portsoy is a small village on the coast of the Moray Firth with a population of 2000 or so. It's renowned for its mille doatmeal , which enjoys world wide sales and for its Portsoy marble jewellery ( actually serpentine . It has a 17th Century harbour further protected by an 18th Century outer harbour which gives a clue as to the weather that might be experienced from time to time.  However, this was not the day for any second thoughts as conditions were perfect as the view below west from the harbour shows. 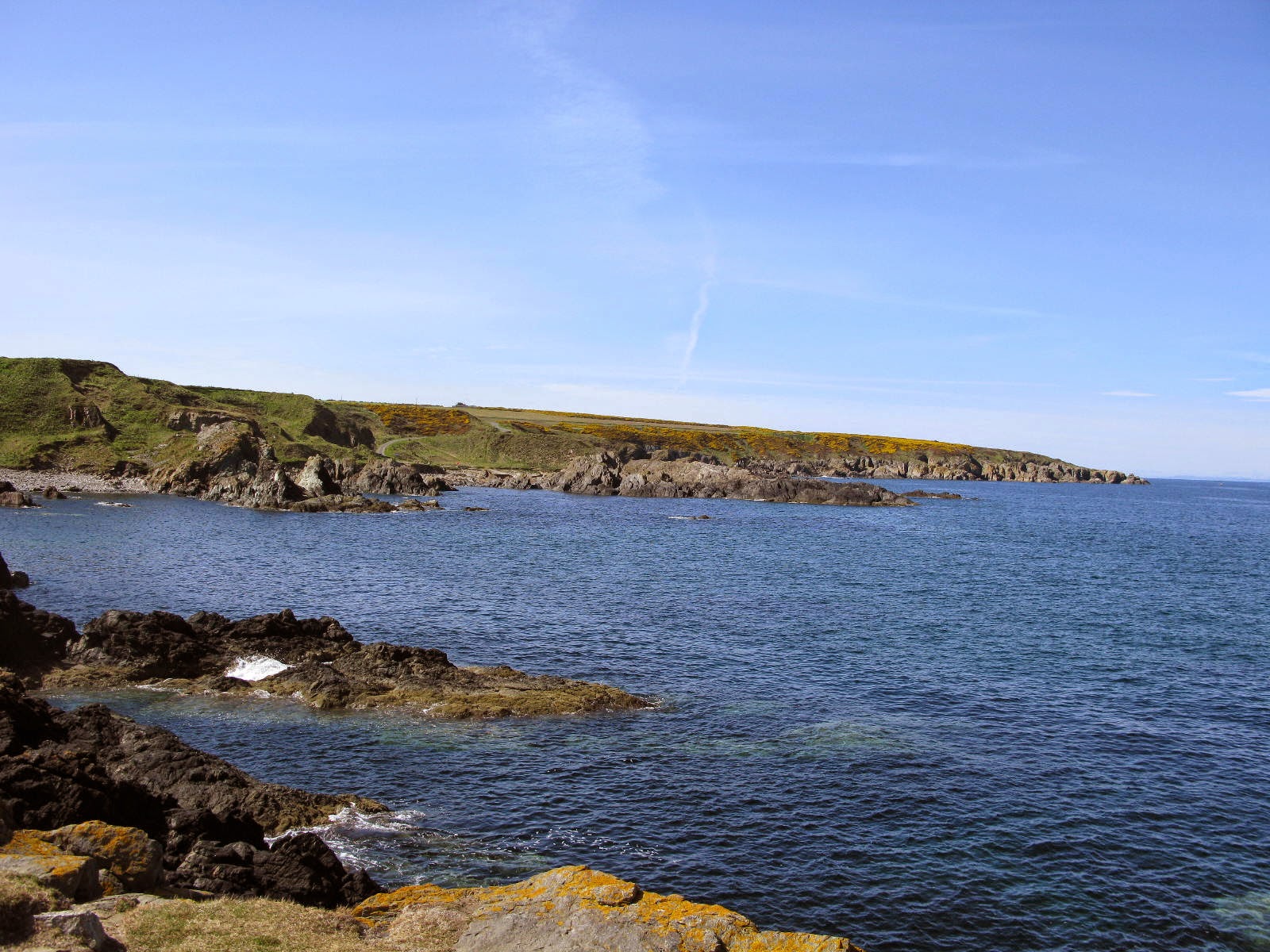 On some previous occasions birds have been seen off the harbour wall looking slightly eastwards. Today they appeared to be straight offshore with ten having been reported earlier in the day. These had gradually drifted further out so the best viewing location appeared to be from the elevated area above the harbour. 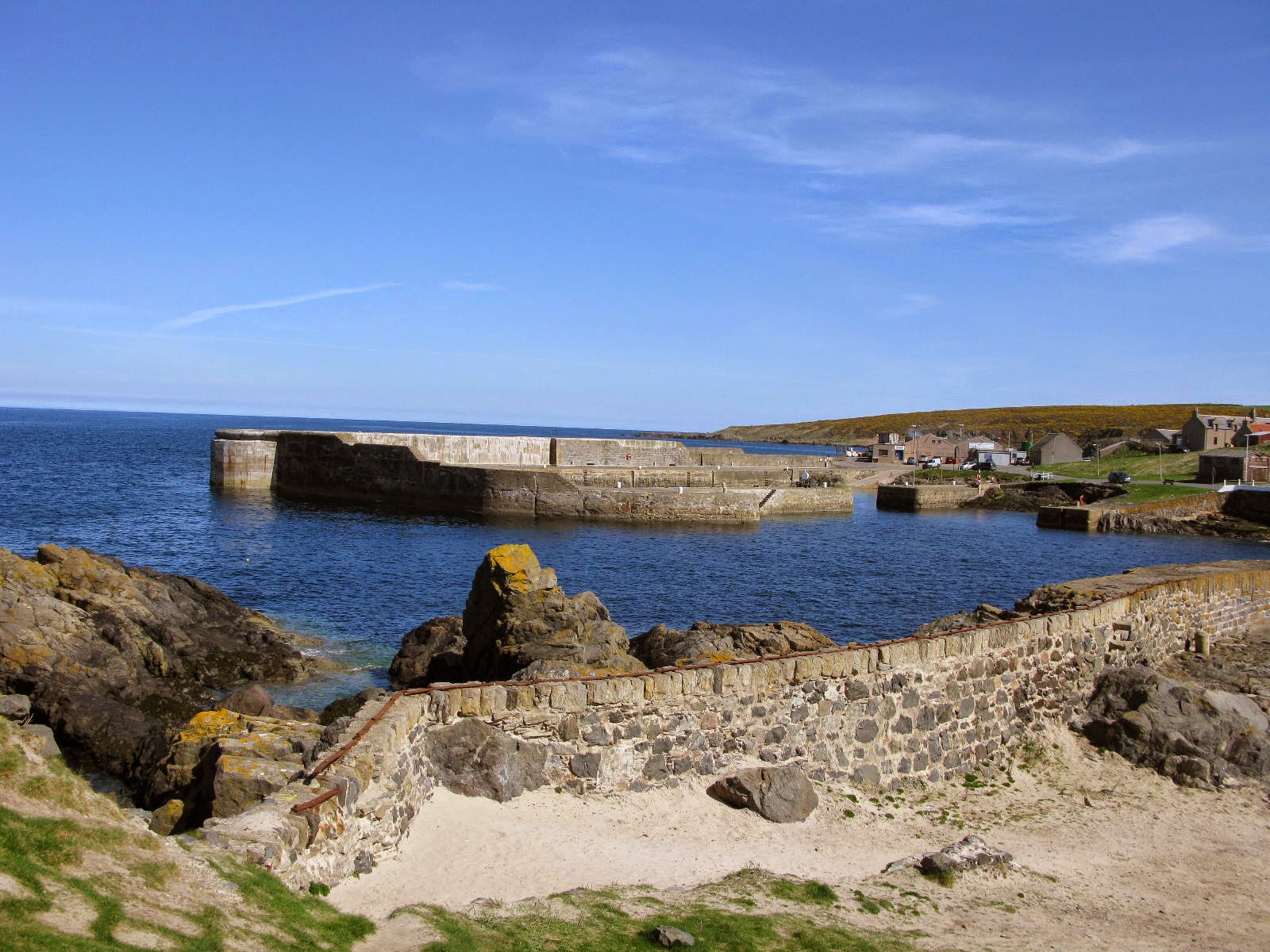 This spot is immediately off to the left of the above picture with the harbour wall referred to above being immediately opposite ( the 17th Century inner harbour is off to the right ).  During the time I spent there up to six birds were seen including two magnificent adults at the beginning of the session, which were reasonably close, in full summer plumage and showing their bills off to good effect. It was very bright and birds weren't all that easy to see in details at times , although an immature showed itself off a couple of times. Whilst here I bumped into some one I'd worked with some thirty years ago which was a pleasure in itself. Small world!!

Other birds included a single Common Scoter and a couple of Sandwich Terns flying west, a pair of magnificent Long-tailed Ducks in the bay below us ( almost neglected in the viewing frenzy attached to the divers ) , several groups of distant auks, passing Gannet and a few  Cormorants, Red-breasted Mergansers and Goldeneye. Odd Swallow and Sand Martin  passed by too but the main focus remained on the divers however distant they became!  Eventually their positions and bright conditions provided little payback and people drifted away after what had been several hours of very rewarding birding....and from the coast too!!
A place to return to. Full marks and thanks must be offered to the local birder (s) who diligently put the time in to first discover this phenomenon. As yet it's not part of the Wikipedia entry attributed to Portsoy but I guess it's only a matter of time before an updated amendment appears!!!!

The return journey was slower due to traffic but almost forgotten in a reverie of replayed sequences from the day. Great stuff !!
Posted by John S. Armitage at 3:00 PM
Email ThisBlogThis!Share to TwitterShare to FacebookShare to Pinterest