An early start given the express intention of visiting a Black Grouse lek near Rannoch Moor. Whilst there was no frost it was cold and a mist hung around in the distance. Conditions gradually improved until, eventually, during the afternoon, the sun broke through and conditions improved. 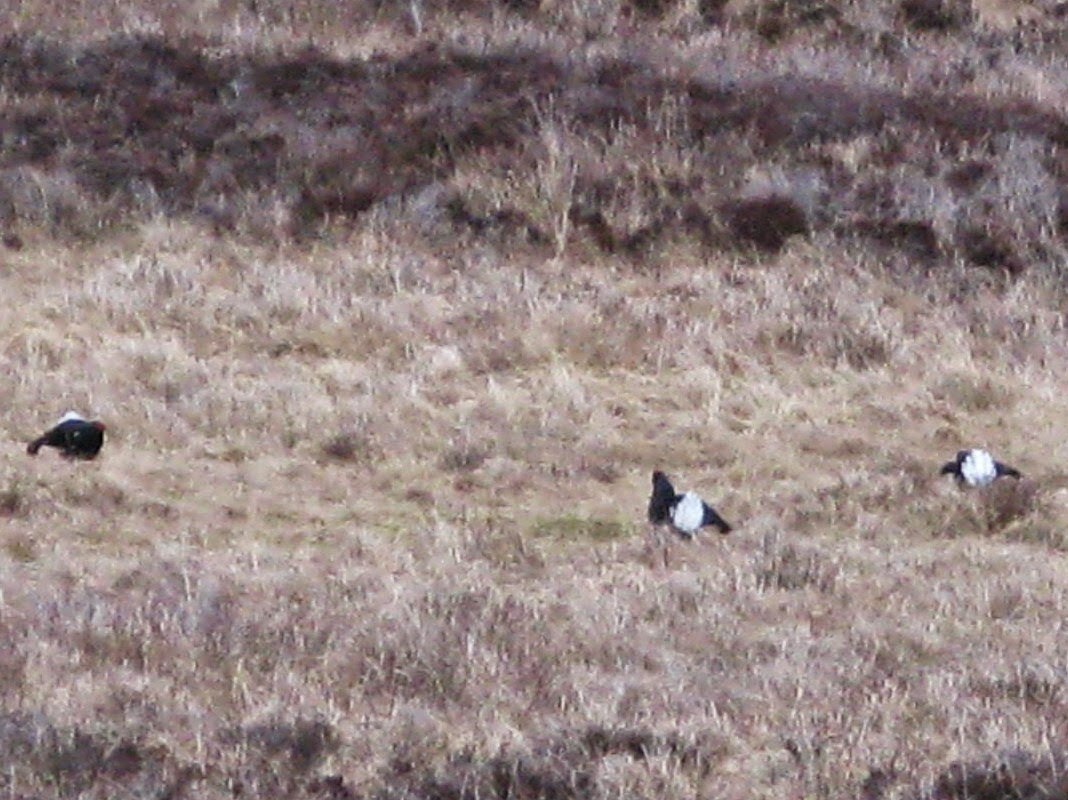 Whilst I don't claim this is a great picture of Black Grouse lekking it provides the essence and excitement of watching these birds at display.  I was also quite a distance away!!   Even so the accompanying bubbling calls being given as an undercurrent to the whole proceedings was fascinating.  After indulging in various tussles with other birds individual males stood and posed with wings akimbo after the habit of bouncers at the doors of a night club!!! The same message prevailed I suppose, " Don't tangle with me or do so at your peril".  As if by some prearranged signal all the birds left the site at 0815 hours with a couple of them flying over my head and providing glimpses of their lyre shaped tails.

After a breakfast stop at Dalnaspidal I continued northwards and, first of all, stopped near Loch Insh. A number of Goldeneye were around , a couple of Goosander, Mallard, Mute swan and a couple of Red-throated Diver. Sand Martins flicked over the loch's surface at the far side and odd Redshank and Oystercatcher flew by.

I next went southwards a little and stopped at the southern point of Insh Marshes. This is  a magical place in Spring with wader calls and flying birds being everywhere.  Oystercatcher, Lapwing, Common Snipe, Curlew and Redshank all put in an appearance over the adjacent marshland with pairs of Grey lag Geese  dotted around at intervals. 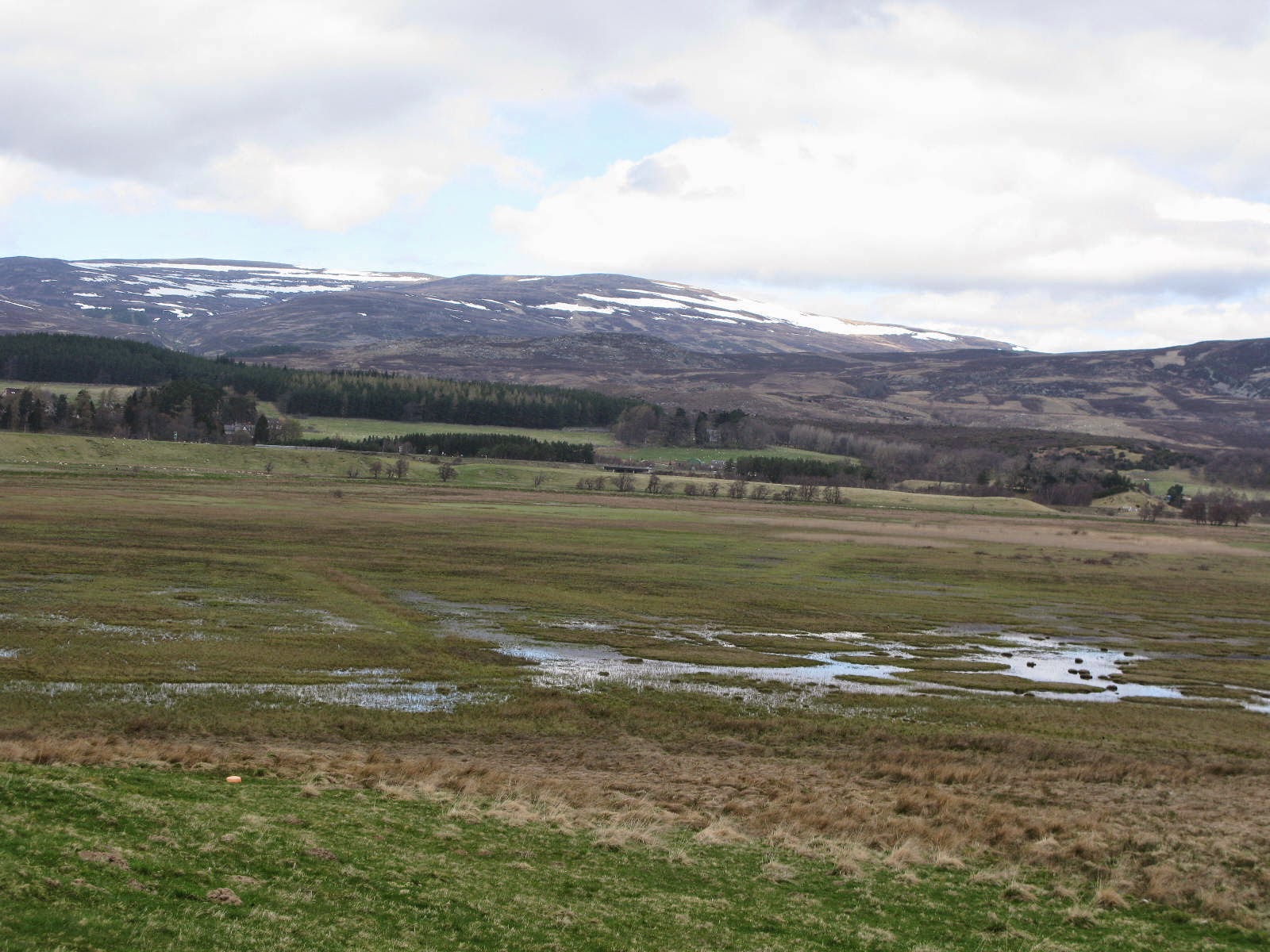 Looking southwards, and presiding over the surrounding landscapes, stands the ruins of Ruthven Barracks. This marks the site of an earth and timber 13th Century fortress built on a moraine left over at the last Ice Age. The mound was raised to accommodate the castle and , over time, it had a somewhat chequered history. In 1715, following the Jacobite uprising, the castle was demolished and a barracks erected between 1719 and 1721.  In 1745 a group of Jacobites attacked the site , but were forced away. The following February increased forces and artillery caused the garrison to surrender.  On the 17th April, 1746 around 3000 Jacobites assembled here, the day after the Battle of Culloden.  Bonnie Prince Charlie had fled however, leaving the message, " Let every man seek his own safety in the best way he can."  whereupon the soldiers set fire to the barracks and dispersed.  Even after 250 years the walls still remain intact but little remains of the interior nonetheless being an apt reminder of an epic period of history. 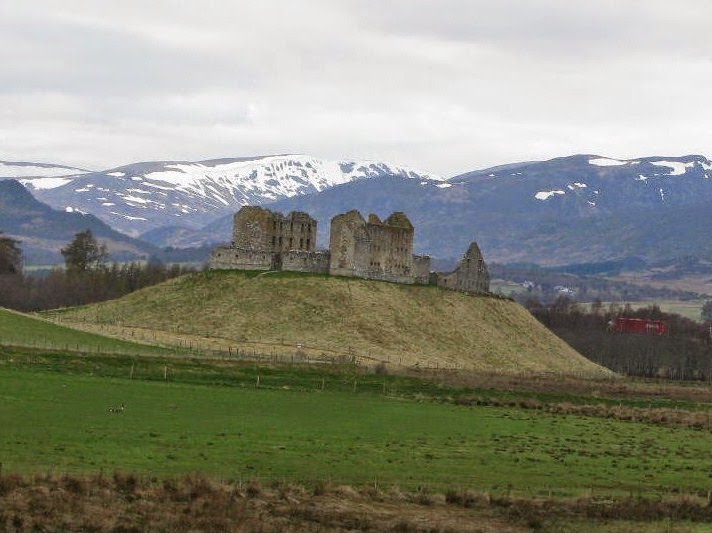 The rest of the day was spent visiting a whole series of sites in the area. Whilst a good selection of species was seen, including Slavonian Grebe in full summer plumage, I failed in my quest to locate either Scottish Crossbill or Crested Tit and so retired to my base in Nethybridge in the early evening.
Posted by John S. Armitage at 11:24 AM
Email ThisBlogThis!Share to TwitterShare to FacebookShare to Pinterest