First of all went up to Chosely Barns where, sadly, the hedge which provided shelter for birds arriving to feed on grain spillage has been removed, with no evidence of discarded food being available either.  It seems close views of Corn Bunting and Yellowhammers are possibly a thing of the past. It would be useful to see the justification of what has prompted the action which, at face value, appears nothing short of prejudicial vandalism.  At least a nearby field provided views of around 750 Golden Plover, some of which showed signs of their summer plumage.

On to the RSPB Reserve at Titchwell where I spent most of the day. A quick call to see past colleague Lawrence Rose who is now based here overseeing visitor initiatives and then on to the reserve proper. With time available I did full justice to each of the hides or lookouts, but was disappointed the circular walk has been closed temporarily following the effects and damage from the winter storm surge. Thankfully the "new" sea wall constructed previously held the water levels back otherwise the effects could have been much worse. As ever the variety of waterfowl was good to say the least ( Mallard, Teal, Gadwall, Pochard, Tufted Duck, Shoveler, Shelduck, plus Coot and Moorhen, Great Crested Grebe , Grey lag Goose and Brent Goose ), which was supplemented by an equally good variety of waders (  Lapwing, Redshank, Snipe, Grey Plover, Avocet, Ruff, Turnstone, Ringed Plover, Sanderling, Dunlin, Knot, Oystercatcher, Black-tailed Godwit and Bar-tailed Godwit ). Some of the latter were roosting just off one of the hides and provided exceptionally good views. 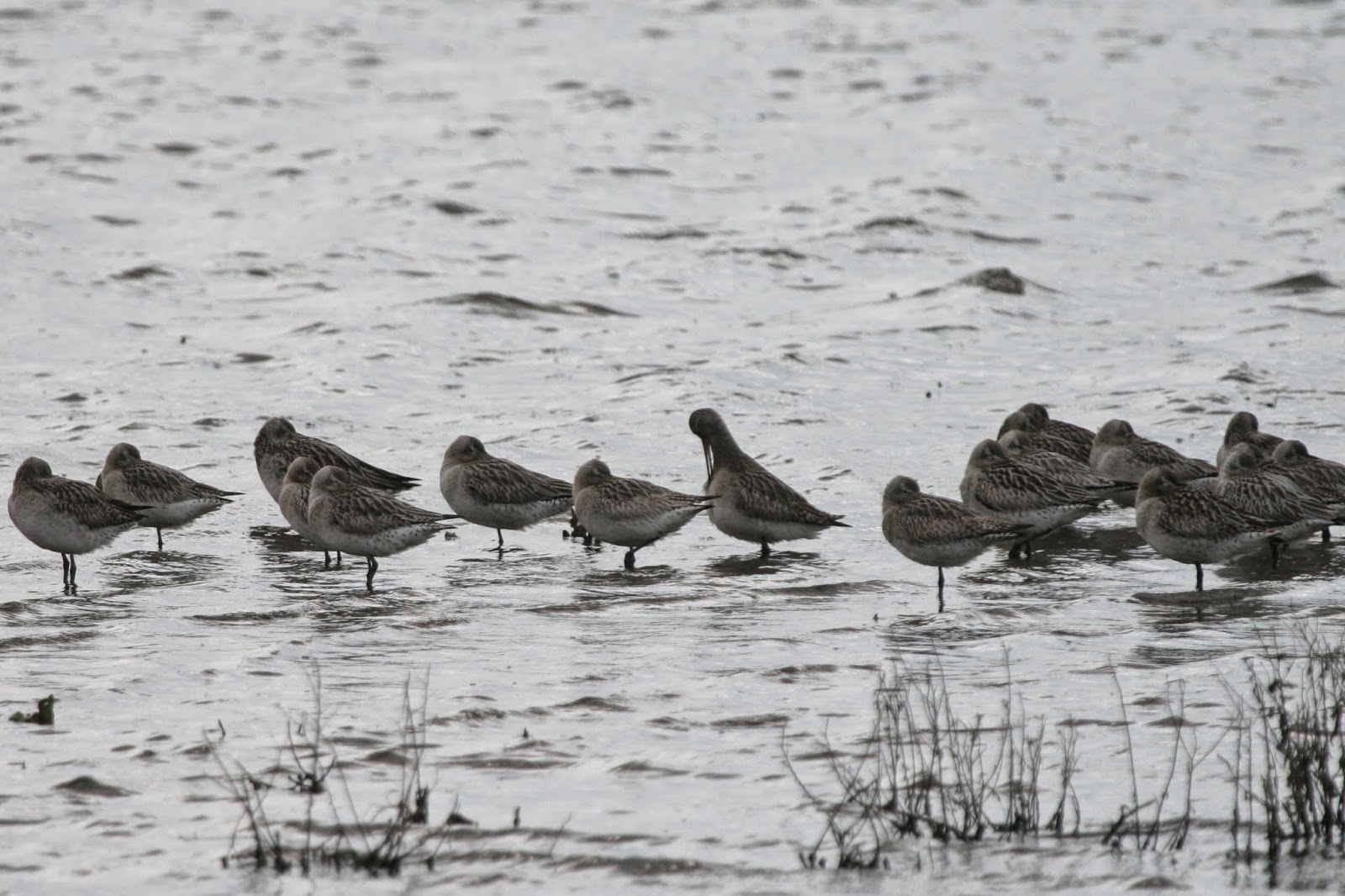 Later they chose to fly past and provide a very artistic image against the backdrop of the lagoon. 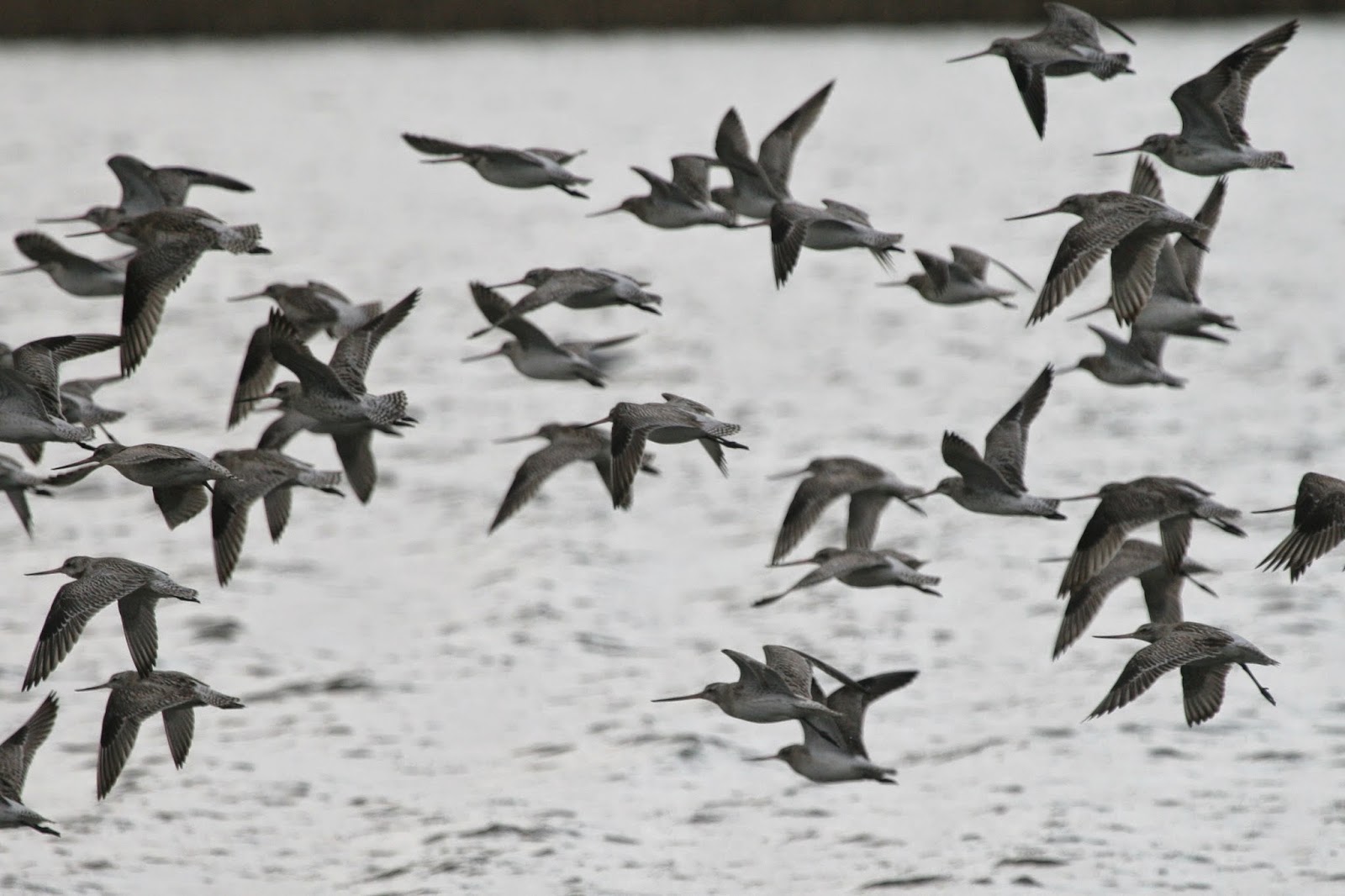 At least 6 Red-crested Pochard were present on the main lagoon, but later moved, and the large rafts of Common Scoter offshore had, collectively, reached around two thousand compared to yesterday.  A single Red-breasted Merganser put in a brief appearance offshore before moving on.

Persistent watching eventually produced a single Bearded Tit, an observation that was surprisingly interrupted when this Grey lag Goose sought to gain attention in front of the hide. 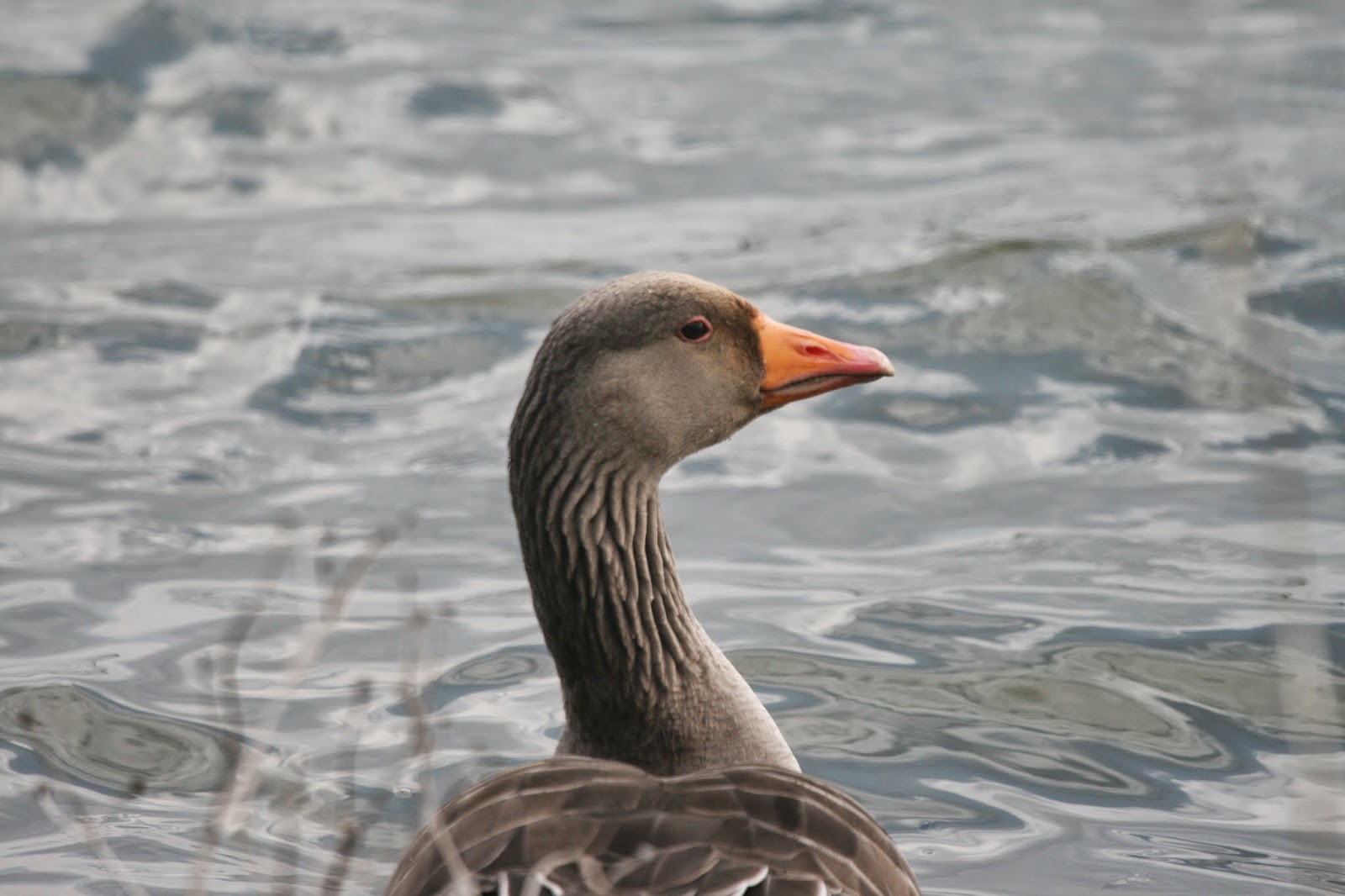 I suspect this could be a feature of its regular behaviour.........an avian groupie no less!

Much later I called in at the Holme NWT Reserve and, although there was nothing new, it was pleasant to have walk around.
Posted by John S. Armitage at 11:46 AM
Email ThisBlogThis!Share to TwitterShare to FacebookShare to Pinterest
Labels: her.