This was to be the second major day for a key species ( Caspian Snowcock )  and required an 0400 hours departure to be transported by tractor and trailer up into the nearby high mountains. 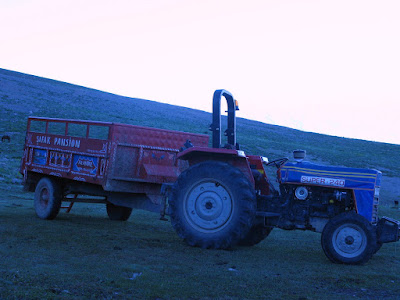 Our eventual destination was absolutely breathtaking ( literally, at 7000 feet, if you rushed around! ). We were there at first light but the sun rose behind the mountains very slowly and didn't light up the main faces surrounding us until 0900 hours.

Basically the Snowcock call at dawn, work their way down the steep faces to the high slopes and then commence to feed whilst moving up towards the higher crags again.  We heard them at first light and eventually located one static bird and saw another flight down to a lower section. 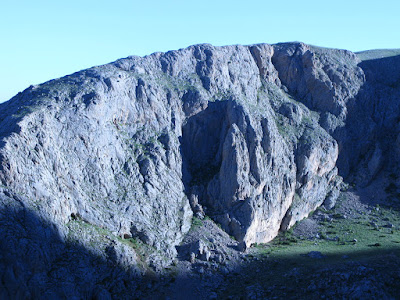 The most amazing aspect was the sheer amount and variety of birds in what might best be described as a pretty hostile environment.  Crimson-winged Finch, White-winged Snow Finch, Red-fronted Serin, Alpine Accentor, Black Redstart, Blue Rock Thrush, Rock Thrush, Ring Ousel, Wallcreeper, and even ( YES!! ) a Radde's Accentor. Only slightly lower down Shorelark , Northern Wheatear, Black-eared Wheatear and Finch's Wheatear were present and both Chukar and Nightjar were heard. 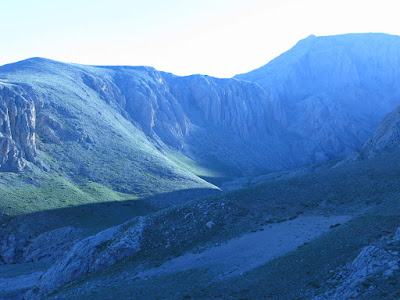 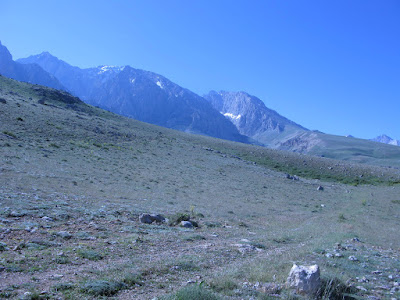 As we left for a very late breakfast a lone Golden Eagle sat on a prominent outcrop and nonchalantly watched us from a relatively close distance scour the slope for Finch's Wheatear. It was a real wrench to leave such a wonderful area that warranted a much more extended visit.

Visits later to other locations  in the Aladaglar area produced Tawny Pipit, both Chough species, Eastern Orphean Warbler, Red-backed Shrikes, Red fronted Serin, and Rock Bunting. A prolonged watch then paid off with a definitive, albeit distant, view of a Lammergeier ( Bearded Vulture ). 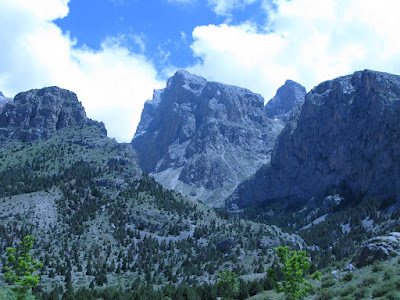 Some of us went out again in the late afternoon/early evening and had good views of Chukar and Finsch's Wheatear besides Ibex and Red Fox.  A memorable day  marked by a fine curry ate whilst we sat out on the open balcony with the moon rising up over the high mountains opposite.......we'd been up there!
Posted by John S. Armitage at 3:21 PM
Email ThisBlogThis!Share to TwitterShare to FacebookShare to Pinterest