In the end it was quite a laugh!

Having been away quite a bit this Spring opportunities to follow up , or even receive, details of what might be around have been a bit limited.  Since returning from Turkey my eldest daughter's hospitalisation and the need to keep abreast of developments have restricted "mobility" a little. Thankfully , all is now proceeding well on that front, if slowly.Similarly the  Spurn Visitor Centre has been a bit time demanding too.  For relaxation I've turned to seawatching , a favourite pastime at this time of year into late autumn of which there'll be more reports later I promise.

So, imagine my delight when, on Sunday evening I had a phone call from a friend to say that a strange gull was appearing from time to time at Portnahaven and was showing well. A scramble resulted in my missing it by minutes,but a photograph convinced me we were looking at Laughing Gull. Now we need to back track a little. This report had resulted from reports from "eagle eye " Ian Turner of Portnahaven, who' d seen the bird intermittently for around a month.  Such reports are not to be ignored ! The last I'd received was of a large bird that kept scattering the gulls around the village and proved to be, when I finally located it, a Gyr falcon. Such tips are the equivalent of 100 to 1 punts on outsiders given confidentially by the trainer involved and need to be taken seriously when Ian is involved!!

A long vigil yesterday morning and again in the afternoon produced nothing. A phone call later from Ian resulted in a scorch down to the village and missing the bird by minutes! A similar pattern today produced nothing but I thought I'd give it a try again this afternoon.  A necessity to park outside the toilets in Portnahaven was a questionable aspect ( has he a problem? ),but resulted in my eventually spotting the bird sail in. 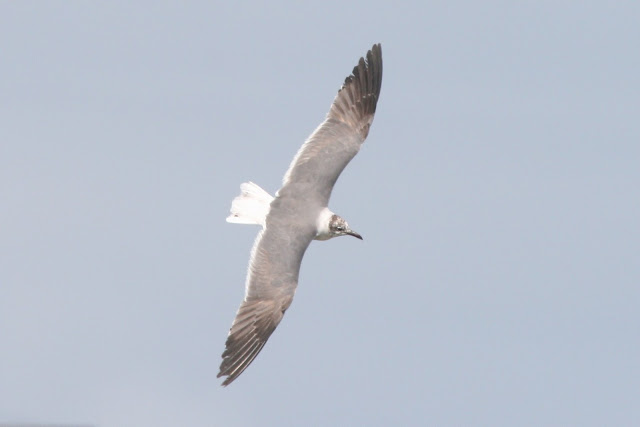 It landed on some rocks after circling around a couple of times and spent its time preening. For no apparent reason it suddenly did various circuits around the harbour and then landed on rocks where it continued preening. It actually remained in situ for ages which is where I left it. Apparently this was the longest period it had happily spent in the area as its appearances have been haphazard, with no real pattern associated with them. Clearly there is another area ( several ) that it resorts to to feed and roost as its appearances here have been few and far between. 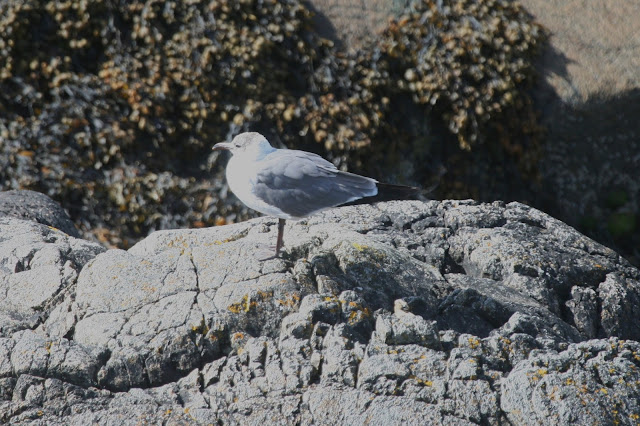 Hopefully these photographs ( I'm no photographer ) bring out a few of the diagnostic features. Bill shape, plumage characteristics, long legs,the long wings and attenuation. All in all , a great bird!!
Posted by John S. Armitage at 7:30 PM
Email ThisBlogThis!Share to TwitterShare to FacebookShare to Pinterest