Can more be done for Hen Harriers?

Well, in my opinion, the answer is "Yes", much more !   But let's look at some of the background information.

Being "marooned" in Scotland recently due to the bad weather my mind wandered over a variety of subjects, including raptor persecution.  For example, why is it that the most overt campaigning for change is apparently being carried out by individuals or independent groups  as opposed to the RSPB, and that support from the latter is modest to say the least?  I idly speculated that, perhaps, more draconian measures were being imposed nowadays by the Charity Commissioners and this limited a charity's involvement. An examination of their guidance to all charities makes it clear that political activity is countenanced, but that such should not be the sole activity in which they are engaged.  So why, when raptor persecution  incidents are still occurring at an undiminished rate, is there not an absolute uproar being organized and robust and unrelenting pressure being put on our elected representatives at Westminster?  After all, the oft quoted membership of the Society is a potential force to be reckoned with if collectively organized ! Why does public campaigning for change figure so modestly  in RSPB's activities nowadays compared to yesteryear?  This may be a deliberate choice, poorly communicated to an otherwise expectant membership. 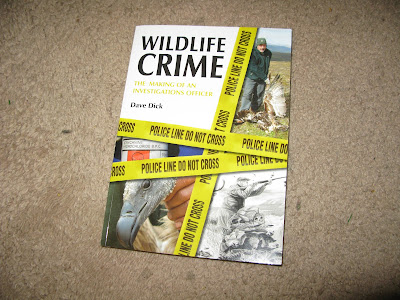 Nowadays I spend most of my time travelling around birding ( lucky me ! ) and bump into a lot of people raising the self same questions and concerns. These are respectable folk, not hotheads, but folk who are disappointed and bewildered.   The usual support and recognition is forthcoming towards the quality of the Society's work associated with research, reserve management, advisory services, policy assessment and , particularly, investigations work. Beyond this there's usually a quiet confession that the Society no longer appears to have the stomach for a major  confrontation and worries are expressed that the "harrier situation" appears to have been sidelined in terms of being a major priority.

Whether the current stance of the Society stems from a belief  that robust campaigning is not the most effective means to employ in seeking change, the support for and the progress achieved by Mark Avery's E-petition demonstrated otherwise. And the RSPB was nonetheless willing to be involved in the final part of the process held at Westminster !  The rather lukewarm support offered towards the current E-petition relating to the licensing of grouse moors, which the RSPB claims to advocate as a solution, is yet another ill defined position.  What is going on and what is the problem ?  Whether the RSPB is prepared to accept the situation or not , there is a credibility problem arising that needs closing down or otherwise the "Protection of Birds"  description becomes a misnomer.  Why does the Society's position relating to raptor persecution in England appear so weak and cautious ?    There are far too many adverse comments arising on the Society's position, which shouldn't be the case given the RSPB is seen by many as the organization who ought to be leading from the front.  Within all this, the sterling work of the Society's Investigations Section goes on undiminished and should be extended, congratulated, but also act as a "beacon" of what ought to be happening in other spheres.  If the current level of activity is deemed sufficient then I confess my personal feelings move towards those of the disaffected, underpinned by a great disappointment too.

Amidst all this the Hen Harrier breeding population in England remains  at rock bottom !!  I'm sure all those responsible for its demise are quite happy at the situation "remaining in the long grass"  and efforts being confined to internecine battles about reports,  membership of Working Groups and so on .
Setting aside the ideas of Natural England as being worthy of attributing to Lewis Carroll's creative genius it's nonetheless encouraging to see the RSPB joining the ranks of  those opposing the licence provisions currently being dealt with in connection with the brood management proposals.  More of the same please !

But, in my view, there is a clear need to demonstrate the depth of feeling and revulsion toward raptor persecution on a once and for all basis , and in a wholly collective sense. The current Government are clearly unwilling to consider action on the matter and, therefore, that position should be exposed as being utterly unacceptable by the organization of the public's opposition.  Recent E-petitions have provided more than sufficient evidence of the depth of feeling " out in the country".   Harnessing collective opinion , including involving the RSPB's own membership in administering the process,  overtly and robustly, could provide a once and for all demonstration of the level of opposition against those responsible and include a clear call for change.  The ultimate objective should be a statement from the Secretary of State for the Environment, Michael Gove, admitting to being absolutely deluged by correspondence on the matter and promising the matter will be dealt with properly!!  This is an opportunity for the RSPB to reestablish its obvious position of being the organization occupying the most formal position where campaigning for bird protection matters are concerned. This, in recent times,  appears to have suffered from some sort of dilution, which most people find both irritating and confusing.

Whilst it doesn't give me any particular pleasure being critical about an organization which performs so well in many other spheres in conservation, there is a need for the RSPB to adopt a more buoyant and  proactive position on this issue. It's not a question of swimming against the tide either, there's a body of support willing you on "out there" , but wondering why things appear so modest . C'mon  RSPB, you're needed,  time for heads to appear above the parapet !!

Posted by John S. Armitage at 10:51 AM
Email ThisBlogThis!Share to TwitterShare to FacebookShare to Pinterest