After getting this Blog up to date and completing an almost compulsory examination of Loch Ryan , but not being particularly successful in locating anything new, I set off to explore the Rhins.  It's many years since I'd been to the Mull of Galloway one harsh winter and really all I could remember was seeing a small party of Snow Bunting immediately outside the gate to the lighthouse !! Neither could I remember any of the other sites in the overall area.

Sandhead Bay  was the first stop to chase up what had been reported as a 3000 strong flock of Common Scoter with some rarer relatives among them.  Not to be,  as not a sign of any scoters  whatsoever. Odd Eider and Wigeon were in evidence, but little else. Continuing south I had some early lunch at Ardwell overlooking a very picturesque bay.  I did see a small party of Common Scoter , some Wigeon and Eider together with a couple of Stonechat but , again, things were quiet.  Making regular stops and scanning what was a relatively calm sea I was surprised at the apparent absence of divers with only one Great Northern Diver found at distance. Finally I was at Drummore ( is this the southernmost rookery in Scotland ? ) which is a surprisingly large community for such an isolated place, and moved on to the Mull of Galloway. 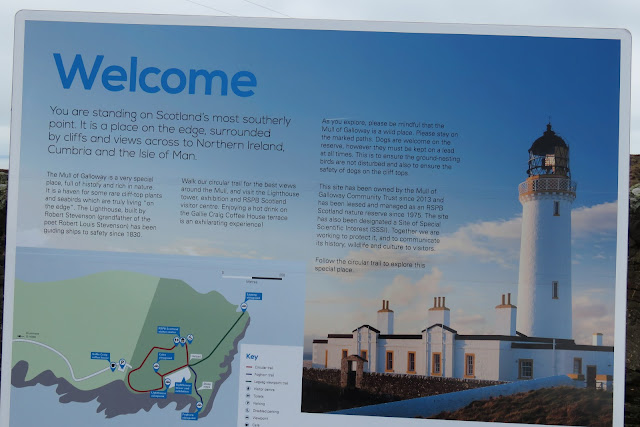 As might be imagined at this time of year things were a little quiet. However, rafts of auks were offshore and both Razorbill and Guillemot were seen together with a fly-by Red-throated Diver. Several Rock Pipits were on the coast and a female Merlin started up from the ground and flew north, a migrant ?  Having seen molehills in the vicinity I was surprised to learn of the resident Red Foxes and their diet ! 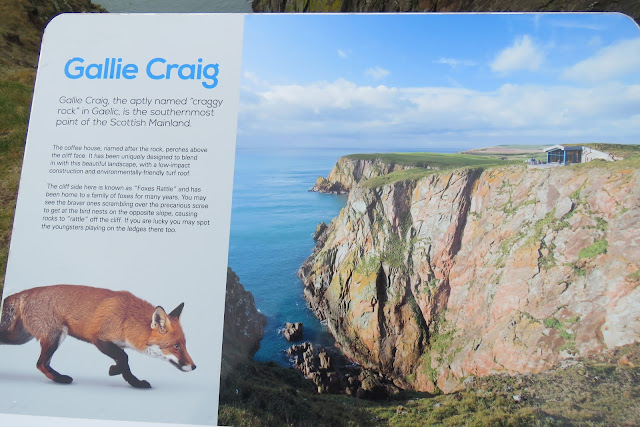 Afterwards I left the Mull of Galloway I did a further four hour stint at a harrier roost  ( until 1815 hours ) and saw not a one !!  Compensation was in the form of 700/800 Golden Plover and exceptionally good views of Raven which came up behind a knoll and stared at me penetratingly  for quite a period ( or so it seemed ).

So another fine day in all respects !
Posted by John S. Armitage at 8:43 PM
Email ThisBlogThis!Share to TwitterShare to FacebookShare to Pinterest