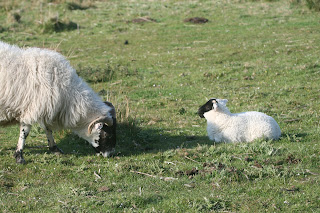 Is this it, this summer thing, Mum?

An absolutely glorious day. Spent quite a time outside looking at an ever growing body of information and commentary on the proposals relating to Buzzard control. A lot of reaction has already been issued and, undoubtedly, even more will emerge as the wider implications are considered. It's comforting to see that there is a quantity of condemnation directed at the amount of money involved, regardless of the conservation arguments against the proposals. Such is the amount of information to consider it is likely my own comments will appear tomorrow!!

Being outside I kept a running list of bird species seen or heard in the area around the house. The variety of habitat is rather limited in the immediate surroundings with conifer woodland about a kilometre to the east.  I've done this before in Spring and it's interesting to compare the results. Two pulses of arrival activity occurred this Spring as far as migrants were concerned but it appears these are probably now at an end. 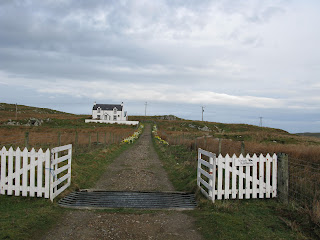 Two species were notable by their total absence. Usually both Goldfinch and Linnet are present or overfly the area. Both have been in lower numbers this Spring , the latter particularly so!  Within the period I watched the behaviour of a Cuckoo with a degree of fascination. Over the period of about 45 minutes it appeared to be actively seeking out a possible host. It sat out on a fence line and progressively moved about two posts at a time along a total section of 60 metres. At intervals it flew around in a tight circle and returned to a perch as if investigating a precise area. Eventually a very agitated Meadow Pipit perched alongside it and made a nuisance of itself such that the Cuckoo then moved off.  A possible close call!!

News from Malcolm Ogilvie that a few days ago a pair of Canada Geese with young had been found on Texa , an island off the south coast of Islay. At least a couple of other pairs are around on Islay at present and a small number of birds have also been around on Jura, a matter I intend investigating shortly. Over the past few Spring periods an increasing, albeit small number of nominate type birds has been obvious , usually passing through, but some hanging on longer than others. This is a species which is evident at various locales on the adjacent mainland and it may well be that a gradual extension in their range is occurring.  Given the burgeoning numbers of Grey lag Geese on Islay, since their initial commencement breeding in the late 1990's, the possibility of yet another, usually successful, immigrant is perhaps a matter for concern!!!
Posted by John S. Armitage at 12:22 PM
Email ThisBlogThis!Share to TwitterShare to FacebookShare to Pinterest