Sunday, 7th April. A day of migration in full swing !

We'd decided to check the Lady's Mile area, and the coast, for gull species as many of these would soon be moving off.  We were quite lucky as we had a Black headed Gull, several Caspian Gulls  and Slender billed Gulls. Two probable Armenian Gull were  soon lost to view. 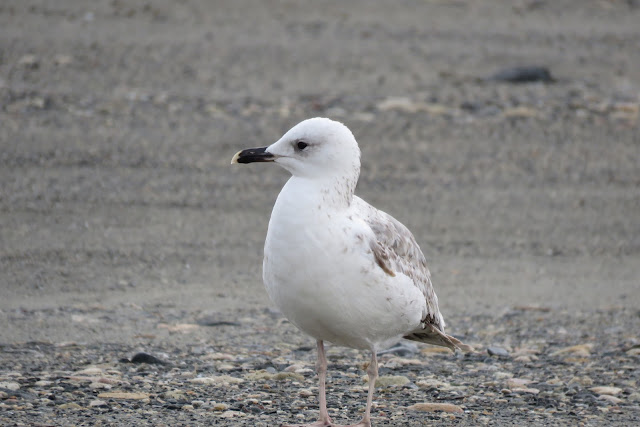 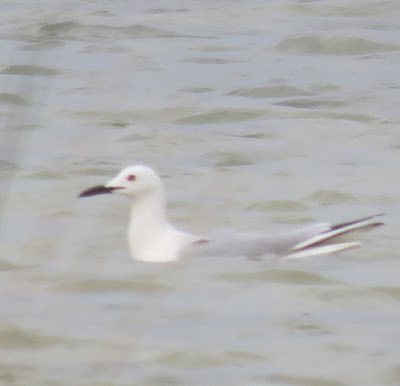 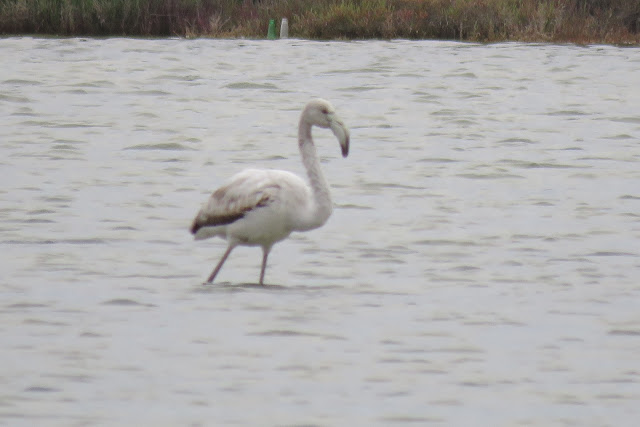 As ever Zakaki Marsh only produced Mallard, Moorhen , Cetti's and Reed Warbler so we moved on to Phasouris within the Ackrotiri Reserve area.

Other than 2 or 3 Hoopoe  there appeared to be very little at this juncture so we moved on down to the "Fish Farm area" we'd visited yesterday and spent the remainder of the day there , the nearby wetland at Rabbit Farm or the "official reserve area around the hides. It was more than worthwhile as a really exciting day unfolded.  Two flocks of Garganey ( 70. 35 ) over the sea were followed by flocks of Glossy Ibis coming in from the south and moving northwards ( 36. 70. 26. )  . A group of 6/7 Short toed Larks were found and a mixed flock of flava wagtails, a Marsh Harrier flew inland as did a couple of Kestrels. A Stone Curlew was found on the rough area we'd explored yesterday and Blackcap , Olivaceous and Sardinian Warblers sang nearby. A Purple Heron flew inland and 2 Northern Wheatear suddenly appeared. It seemed as if there was no gap in time when something new wasn't happening !

A check of the wetland area produced 2 Marsh Sandpiper, 20 plus Ruff, Greenshank, LRP,  Common Snipe, Black winged Stilt, 4 Little Egret moving high NW, a harrier species moving N and a Peregrine male " beating " up the area and putting things temporarily to flight.   Common Swift went through and two very high ( very frustrating ) raptors ascended further and were lost to view before any details could be gained.  Amidst all this the passage of Glossy Ibis continued with a further 75, 70 and 104 moving through .

Late afternoon saw us reluctantly moving off but not before we'd had a mixed group of 23 Cattle Egret and 18 Little Egret  amidst a cattle flock. Whilst there we found ourselves surrounded by flava wagtails , which were a delight to go through and identify the different races. 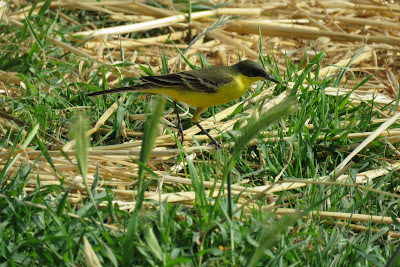 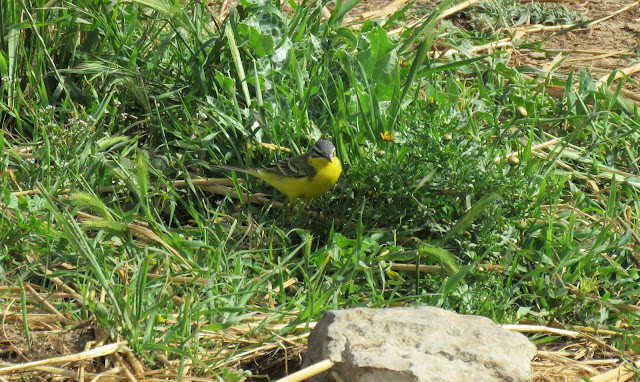 As we finally prepared to move off the air was filled with the whirring presence of wings and we found ourselves counting a "descending" flock of Glossy Ibis which we could see moving in. It was difficult to get a precise count but there were at least 200 birds ( probably more )  which meant that we had recorded 581 birds moving through . We learnt later that there had been a flock of around 120 at Timni Beach around this time,  which took the day total of probable passage birds to in excess of 700 birds. I suspect there might have been more as our final count was a very conservative one.  Unfortunately , whilst trying to get a more precise count of birds on the ground, the whole flock decide to rise again and move off. 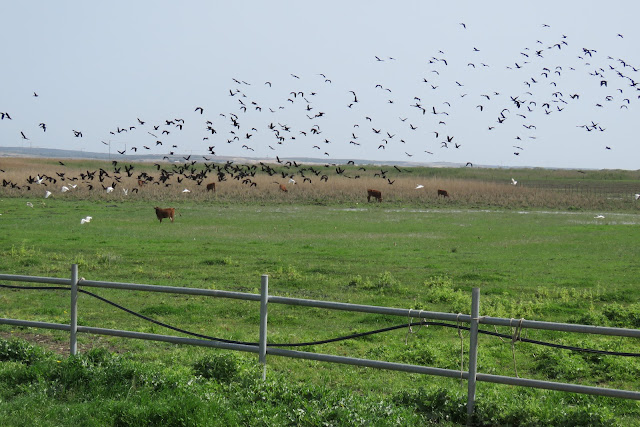 A great sight and a great end to an eventful day !
Posted by John S. Armitage at 1:26 PM
Email ThisBlogThis!Share to TwitterShare to FacebookShare to Pinterest